inFamous: Second Son, the 2014-slated open world action game is one of the most anticipated next-gen console games in development. Earlier today, via PlayStation Blog, developers, Sucker Punch Productions released some info on the details of what gamers who pre-order Infamous: Second Son can look forward to in terms of bonuses.

So far, Sucker Punch has released designs for four pre-order exclusive vests your protagonist can wear in-game. These vests were designed by the people over at Penny Arcade, iam8bit, Exist 1981, and Jos. Again, these vests are available exclusively via pre-order.

Infamous: Second Son has promised us some excellent new additions from everything we have seen thus far at Gamescom and PAX gaming conventions – most notably inclusion of a brand new in-game ability and the reveal of a brand new character.

Infamous: Second Son is slated for a February 2014 release, and will be available exclusively on the PlayStation 4. 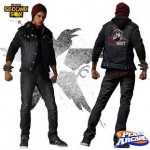 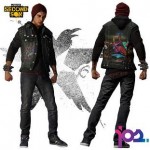 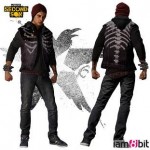 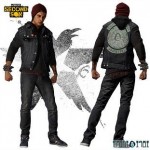