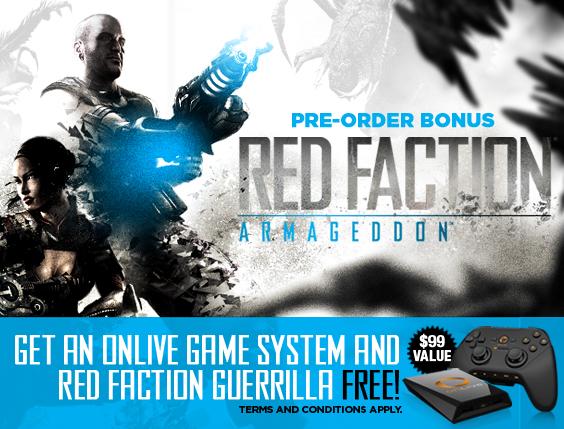 Now this is a pretty sweet deal, as those of you who don’t already know, the On Live service lets you play video games that would normally require a pricey, up to date PC or your piece of crap computer smooth, with out any lag or other issues.  Now they have a special offer going on right now where if you pre-order Red Faction: Armageddon with them you will get the magical mini console that connects to your computer as well as the controller that highly resembles the Xbox 360 controller which is a $99 value.  It is free to create your membership and I believe they have other deals for becoming a first time user, like their free trial but which will eventually lead to a monthly or yearly fee.  The plus side is that brand new games are next to nothing to digitally own and some games you can even just rent for a short period.  Check out the special pre-order deal here.