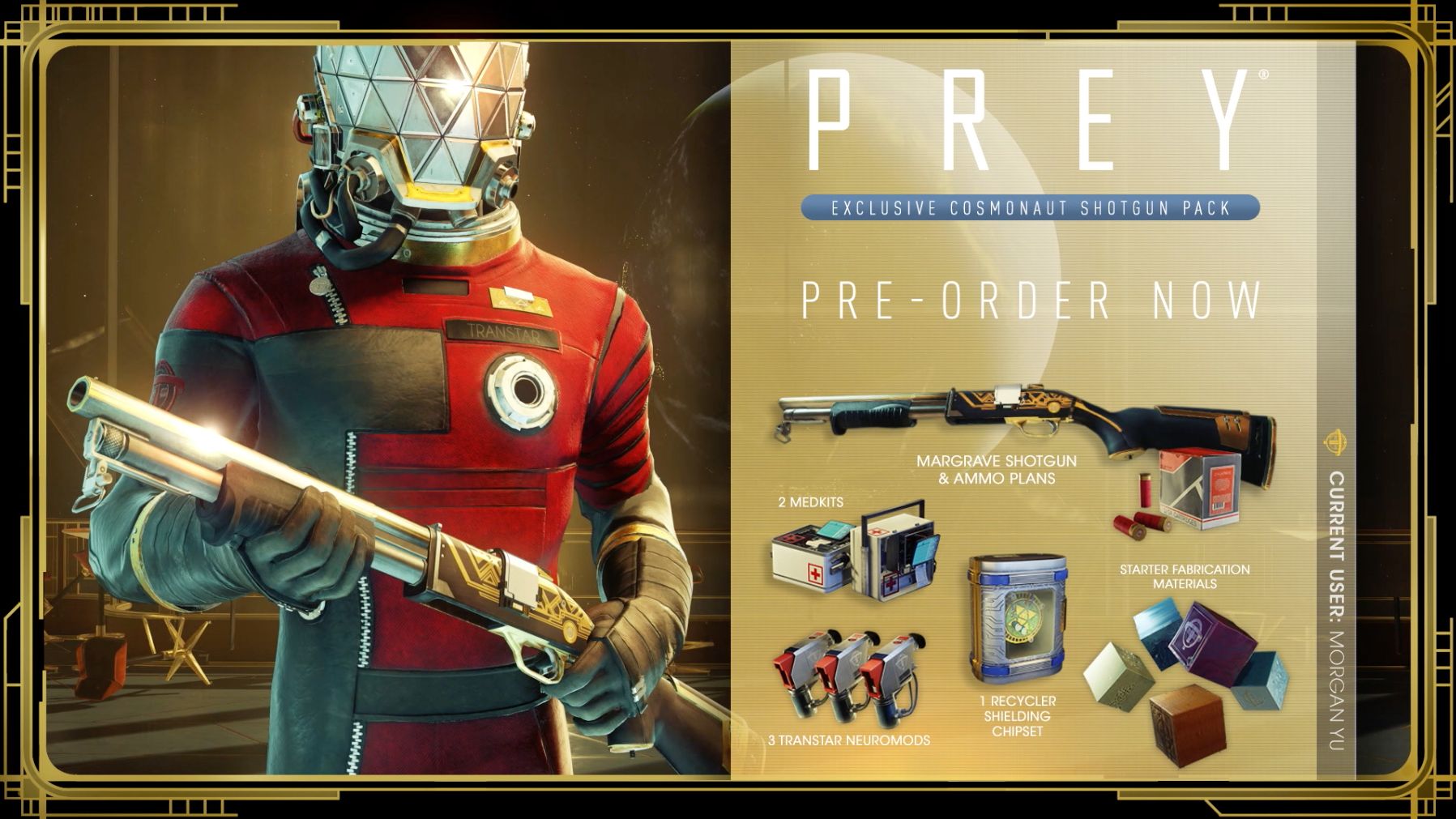 Arkane Studios’ Prey finally has a release date – it will be out on May 5th for Xbox One, PS4 and PC. A new gameplay trailer has been released which showcases the aliens wreaking havoc through the Talos 1 station. Morgan Yu, the game’s protagonist, provides the voiceover.

In Prey, Morgan has to deal with the aliens, who have effectively spread through the station. Though they have the ability to shapeshift, Morgan does as well among other abilities. From that point on, it’s a battle for survival as well as stopping the aliens from heading to Earth.

Publisher Bethesda Softworks has also announced a pre-order bonus for Prey, namely the Cosmonaut Shotgun Pack which contains the Margrave shogun, a Yu family heirloom, and three Neuromods for unlocking abilities. You also receive a Fabrication plan to create the shotgun, some ammo, two Medkits “and a unique upgrade to help players preserve their limited resources.”

What are your thoughts on Prey’s release date? Let us know below.