New dinosaur skins, a new game mode and much more on sale. 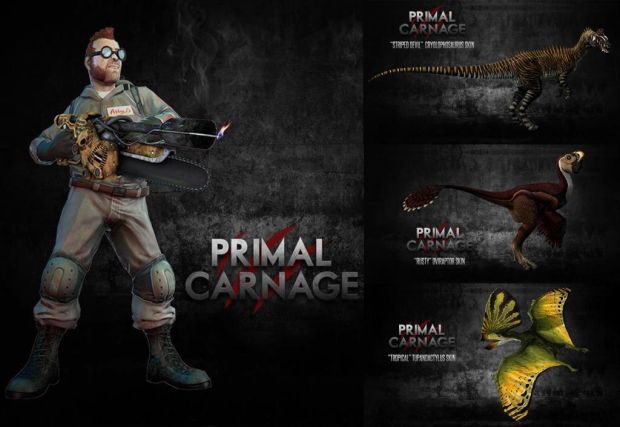 Lukewarm Media may be focused on bringing the Unreal Engine 4-powered Primal Carnage: Genesis to the PlayStation 4 and PC, but it hasn’t forgotten about its predecessor. The developer announced that players can pick up Primal Carnage at 50 percent off on Steam’s weekly sale. But that’s not all – there will also be a ton of new content launching this week, including a new game mode in “Capture the Egg”, three new Dino Skin Packs and a new map.

Capture the Egg is essentially a variant of Capture the Flag in which humans will need to sneak and steal the dinosaur’s eggs before returning to base. The mode will be playable via free patch, and is currently in beta stage along with the new map Forgotten Outpost. There will be more maps designed for Capture the Egg depending on player feedback so stay tuned.

Three new Premium Skin DLC Packs will include new dinosaurs, namely the Cryolophosaurus, Tupandactylus and Oviraptor. Each pack will have two variants of each and will retail for $2.49. Lukewarm Media is also aiming at improving all aspects of the game with class and functionality changes planned.