PES 2016 should be any soccer player's dream come true.

Pro Evolution Soccer 2016 is truly just that an evolution. A remarkable blend of real-life physics and control over the players that just wasn’t there in past PES entries. It’s hard to believe that in just about a year’s time Konami’s game could come this far from its predecessors. The funny thing is that nothing really seems changed that much. Yet it’s all hidden in, perfectly mingling and intertwining; making sure the player doesn’t quite notice what changes have occurred. That is what makes a game better than great. When we, as gamers, can sit down, enjoy an incredible experience and not quite put our finger on why it is so very, very awesome.

PES opens to a menu that isn’t glitz and glamor as has often been in many games from past years; showering on a better menu than the game often produces. No. PES’ menu is clean, simple, to the point. Right from the get-go all options are right there at the fingertips. This doesn’t mean the menu is flat. It is in fact very colorful. Players line many menu options, colorful art and team logos throughout showcase a very unique, simple menu style. 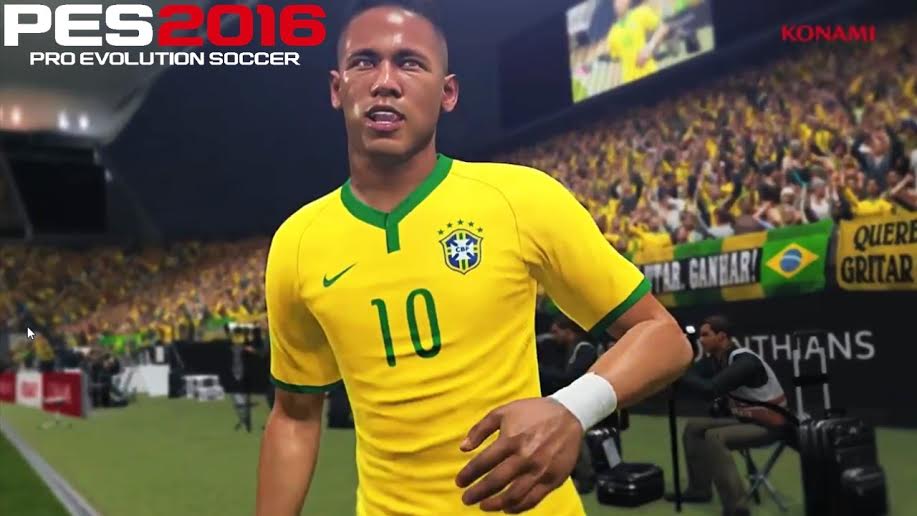 "The funny thing is that nothing really seems changed that much. Yet it’s all hidden in, perfectly mingling and intertwining; making sure the player doesn’t quite notice what changes have occurred. That is what makes a game better than great."

As the audience in the stadium roars, It’s time for the real fun to begin. PES isn’t a copy/paste game of last year’s endeavor. It shows Konami’s strengths of learning from its past and evolving from iteration to the next. Controls are not complex and understand a simple style of getting the job done. Understanding the move sets and matching those sets up with NPCs becomes a breeze and feels very efficient. From controlling the ball to a solidified fluidity of functionality of dribbles and passes and often between AI, everything is immediately understandable and feels set to play for veterans and new comers alike. Improved upon are the AI when in control of the ball. Passing and understanding the surroundings of what options are quickly approaching becomes more understandable to these players.

Now what exactly makes this game so much more impressive than last few entries? Like I said before, there are small difference. Fluidity is so much more impressive. AI trying to tackle, steal, and barge are real showcases that one truly wouldn’t notice as improved because it feels so natural one would probably forget that in past games they weren’t there or weren’t addressed correctly. Similar to a new coat of paint. Something is different. But we just can’t put our finger on it clearly enough. But we know it’s better. It’s an odd feeling to know we are finally getting a game that addresses so many smaller things that it’s hard to remember that they weren’t there in past games of its kind. 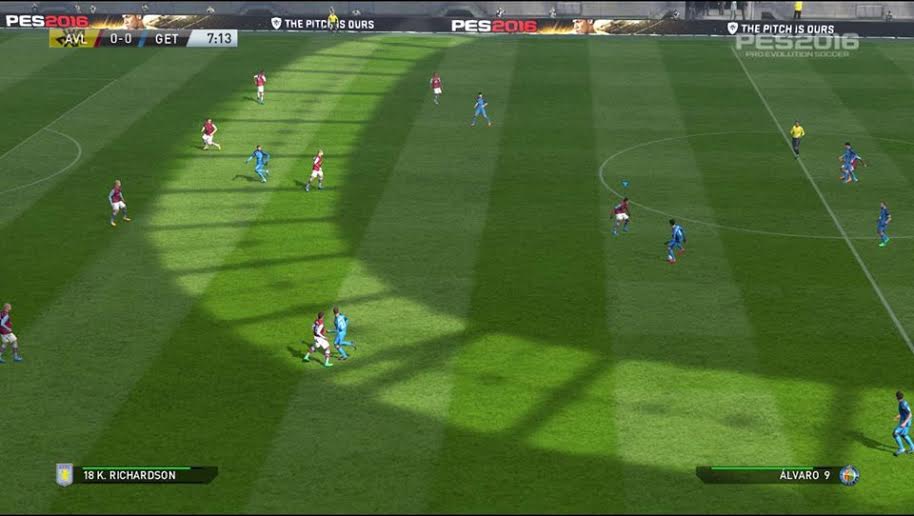 " Improved upon are the AI when in control of the ball. Passing and understanding the surroundings of what options are quickly approaching becomes more understandable to these players."

The Master League mode is in better showing this time around with additional options making it feel even more amazing than ever before. Scouts are there for guidance. They can recommend players based on how weak we essential are in certain areas. Of course there are always contract renewals and negotiations throughout the season. Team Roles allows players to level up as the game is played. This in turn also levels us up as well. These levels create bonuses for the team but add money to the team pot as well.

Upon starting PES up, it’s immediately apparent that graphics were not first on the list of making this a well received game. Stadium audience is copy/pasted with standard motions. But who looks at the audience to play soccer anyway? Player design and appeal are somewhat last gen looking. This shouldn’t hold back anyone who is interested in this sort of sports game, however. These are minor quibbles to what this entry truly offers.

What really makes this game feel fresh and actually amazing is beyond even the gameplay. PES 2016 offers a very motivational and energy fueling soundtrack. From the intro video showcasing “We Will Rock You” by Queen to many other well known artists such as Joywave, Clean Bandit, CTS and a handful more. Listening to these ‘real’ tracks while in the menus and other areas made it feel how being present at a real game would be: music blasting over loud speakers, getting the audience pumped and ready for a great game. 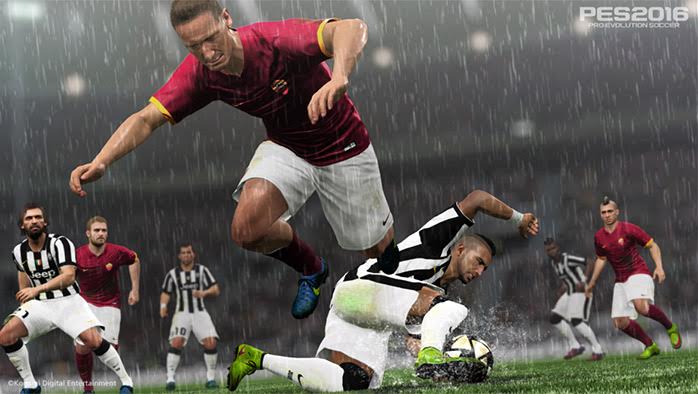 "Player design and appeal are somewhat last gen looking. This shouldn’t hold back anyone who is interested in this sort of sports game, however. These are minor quibbles to what this entry truly offers."

Is PES the best soccer game ever? That’s a tough question to answer. With so many minor, but needed improvements, PES has evolved into an almost realistic feeling game. Now, I know we say something like this every generation (remember how ‘realistic’ is felt destroying bricks in Super Mario Bros. in the 80s!?), but with little implementations such as players tackling in a more aggressive fashion, or nipping at the feet, trying to steal that ball, these little attributes majorly add up to something supreme. Is this the best soccer game ever? Who knows. But I know it’s one of the best and every soccer game forward should take lessons from PES 2016.

Exceptional physics, minor tweaks and overall simplicity really put on an impressive, immersive feel that leaps ahead of previous entries.

Graphics could use a current-gen touch up. But it shouldn't stop anyone from playing this.

Final Verdict:
AMAZING
Pro Evolution Soccer 2016 is going to be fierce competition for any soccer games coming up. This is currently the definitive vision and version of how being on a real teal should feel.
A copy of this game was provided by Developer/Publisher/Distributor/PR Agency for review purposes. Click here to know more about our Reviews Policy.