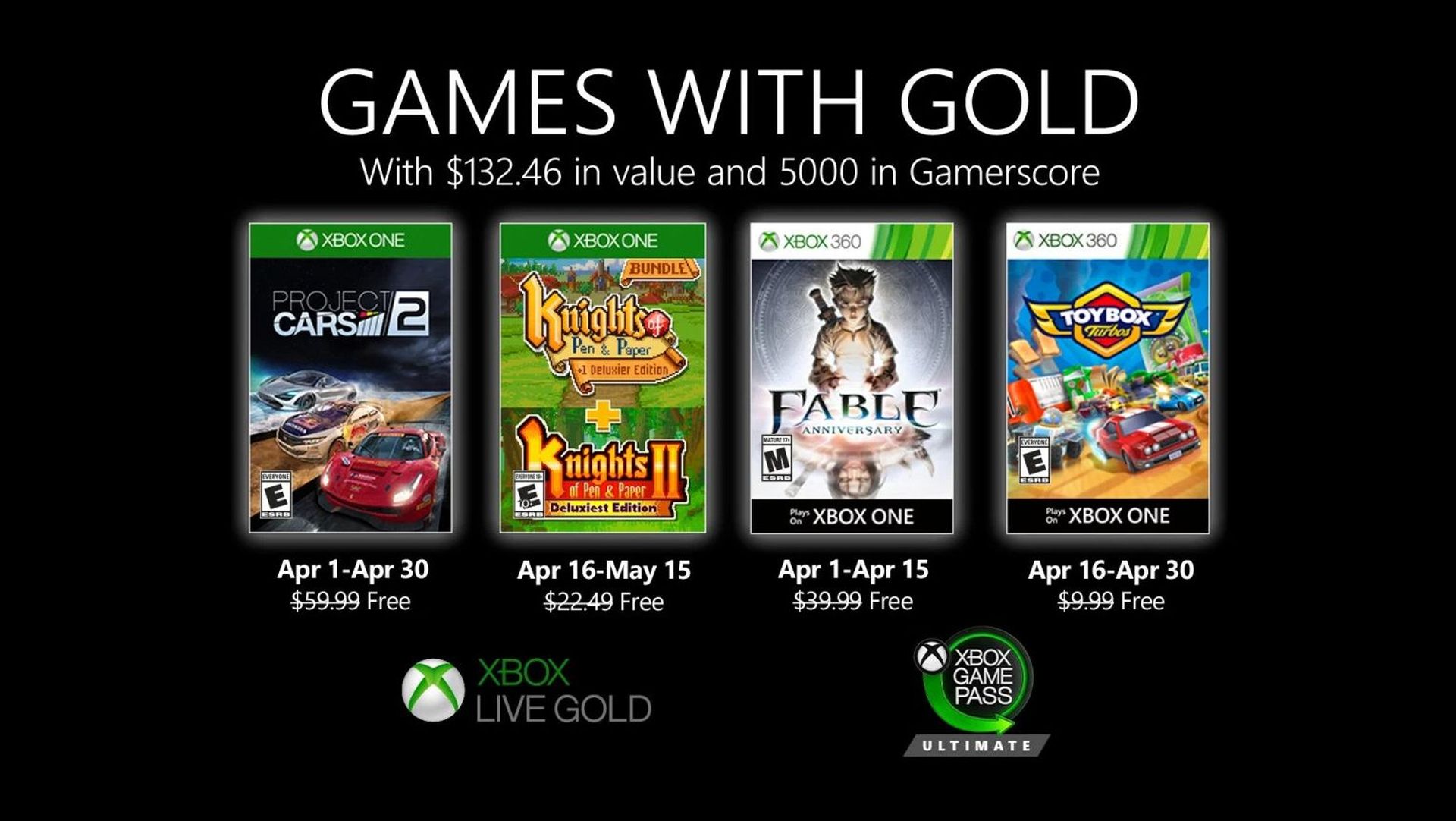 After Xbox Live Gold subscribers discovered that certain titles were free in April, Microsoft has officially announced its free Games With Gold lineup for April 2020. And yes, it indeed includes Slightly Mad Studios’ Project CARS 2 and Lionhead Studios’ Fable Anniversary. Available for Xbox One and Xbox 360 respectively, each title will be available throughout the month.

Other games include the Knights of Pen and Paper Bundle for Xbox One. Developed by Seaven Studio, it includes the first and second games in the RPG/board game/strategy series. You can claim it from April 16th to May 15th.

For Xbox 360 players, there’s also Toybox Turbos, a tabletop racing title from Codemasters. This will be available from April 16th to 30th. Thanks to backwards compatibility, Xbox One owners can access all four titles when they go live. For those looking for something more high-profile, it might be worth checking out Xbox Game Pass for console which adds NieR: Automata Become as Gods Edition on April 2nd.