Head to head comparison between the Xbox One X and PS4 Pro versions of Project CARS 2. 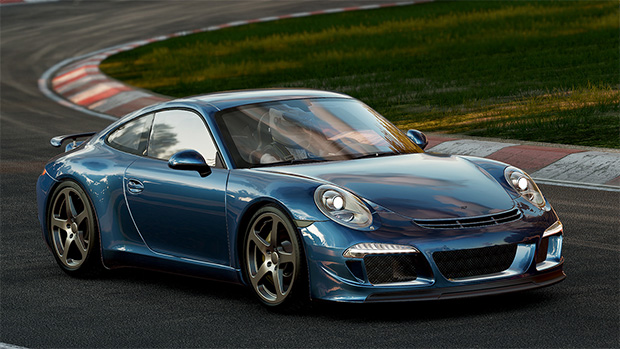 Project CARS 2 is easily one of the most graphically demanding games of 2017. Featuring complex physics simulation, an insane number of customization and weather options, Project CARS 2 makes for a rather taxing title for consoles to run. The game launched on the PS4 and Xbox One back in September, along with support for the PS4 Pro. The PS4 Pro version, as expected, was the best version to play the game on. Running at 1440p resolution with a target frame rate of 60fps resulted into an unparalled racing experience on consoles.

However, the PS4 Pro version struggled to reach a locked 60fps in case of stress tests such as thunderstorms and a higher car count on track. But in less demanding scenes, the console had no issues reaching a rock solid 60fps. Project CARS 2 is an Xbox One X enhanced title and we were quite intrigued to check whether the game manages to outperform the PS4 Pro in terms of performance and rendering resolution. However, the results are not what we expected.

To begin with, Project CARS 2 doesn’t run at a native 4K resolution. Instead, the game is rendered at 1650p resolution on the Xbox One X. It’s a tad disappointing that we don’t see a higher operating image buffer but there is a good reason behind the same. Unlike other racers, Project CARS 2 depends on a lot of in-game physics and simulation and as you would have already guessed by now, these processes are CPU dependent. The CPU in the Xbox One X isn’t necessarily a huge leap compared to the one found in the base console, and its technical leap isn’t as big as the Xbox One X’s GPU. As such, Slightly Mad Studios have utilized the power of the Xbox One X in subtle ways. For instance, reflection quality on car’s body is drastically improved over the PS4 Pro. Improved shadow quality along with increase draw distance is noticeable on the Xbox One X version.

Unfortunately, just like the PS4 Pro version, Project CARS 2 suffers from screen tearing during taxing situations. The frame rate also doesn’t hold up during such cases which means that all console versions more or less struggle during intense rain situations with the car count dialled up to the max.

So overall, there is a lot to like about Project CARS 2 on the Xbox One X. There is an appeciable improvement in image quality and details but nothing that will be immediately noticeable. The game will support three different graphical modes in the future, namely Enhanced Visuals, Enhanced Performance and Enhanced Resolution but as it stands now, Xbox One X provides a decent platform to play Project Cars 2 on.