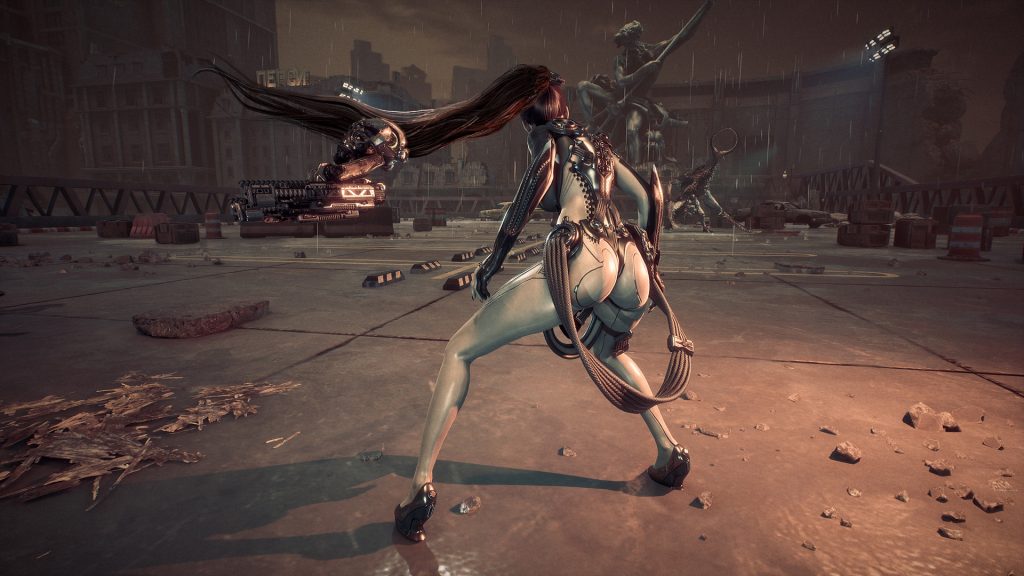 Korean developer Shift Up made quite the splash last year when it debuted its action title, Project Eve. We hadn’t heard much from the team since then, but the game recently re-emerged in Sony’s latest State of Play presentation- and it did so with a bang.

Now re-revealed with an official name, Stellar Blade will star Eve as protagonist and take players to an Earth that’s teetering on the edge of complete extinction. Eve will meet survivors in the last city on Earth, Xion, and whether or not she helps its citizens (or how she helps them) will be up to the players.

The trailer also offers a solid look at the game’s combat, which is looking like it’s going to be a frantic, fast-paced, intense affair with monstrous enemies, and plenty of fast attacks, parries, and more. There are also a few glimpses of some of the bosses you will take on in there. Check out the trailer below.

Stellar Blade has been confirmed as a PS5 console exclusive, which presumably means it will also be available for PC. The game is set to launch sometime in 2023.