The newer generation of consoles has dawned upon us and has brought with it a plethora of new and exciting opportunities. It’s always great to see new developers using the technology in new and unexpected ways to create unique experiences. More developers than ever have been taking inspiration from multiple sources in order to create something great, which of course – benefits the industry and the medium at large.

The Xbox 360 and PS3 generation kickstarted the whole AAA blockbuster experiences with games like Uncharted and The Last of Us from team Sony and the likes of Gears of War and Halo 4 from team Microsoft. Ever since, many developers have continually been pushing for more experiences within the same format – but there are games like Death Stranding which veer away from the mainstream but they are a rarity.

As a result, the biggest games of the industry can feel very samey at times, which begs for experiences that are different or just weird. NAT Games’ Project Magnum is one such game and is supposed to be releasing on PC and consoles, with PlayStation platforms being confirmed as a launch platform, for now. But the vague press release that accompanied the announcement trailer  suggests that the game could be releasing on Xbox platforms as well, although no word of confirmation has been said as of now.

It doesn’t take much to guess that Project Magnum is still in the pretty early stages of development, given that there’s still no confirmation of an original name of the game. There’s still no information for a release date, and thus fans shouldn’t expect to play Project Magnum anytime soon, and the wait could easily extend further if things go awry. Hence, a lot of what makes this game unique or sounds intriguing could still change given its current state in development, but one thing is for sure – the game definitely looks dope, and I am pretty excited for it.

Project Magnum is a looter shooter RPG set in a desolate sci-fi setting, although there’s no confirmation of co-op elements as of yet. The planet where the game takes place seems to be on the brink of an apocalypse at the start of the trailer, with a giant ball structure slowly descending to the surface, seemingly covering everything in darkness. This sets the stage for what’s looking to be an intriguing narrative, with environments and characters showcasing some great art direction all adding to an alien and ominous vibe.

I particularly have a soft spot for narratives that break away from the mold, and actually manage to say something in the most unlikely of scenarios. Project Magnum‘s snippets in the trailer seem eerily similar to something like a NieR game, the latter of which has a surprisingly deep and emotional story that isn’t delivered in an overtly obnoxious manner. You could, of course, skip the story entirely and still manage to have loads of fun slashing swords in NieR: Automata, but those who invest the time to learn more about the world and the overlying narrative will certainly have a lot more to take away from the experience.

Project Magnum also looks great in a similar fashion, with the trailer showcasing just the bits and pieces that are just enough to get one tantalized to know more. Given how thin details surrounding Project Magnum are right now, NAT Games gets to have the benefit of the doubt in this regard since it’s entirely possible that the narrative turns out to be barebones. But of course, one could be wishful and optimistic right now and well, hope for the best. 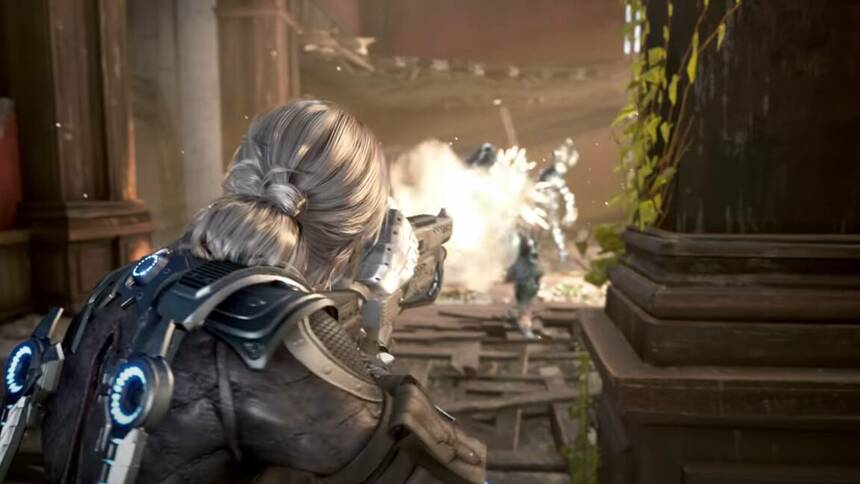 However, as mentioned from the NieR comparisons – the story may not be the big focus here but if told well can be an added benefit over the top of some well-realized and polished game mechanics. Project Magnum‘s gameplay looks to be extremely fast-paced, with characters jumping and sliding across the various environments at great speeds. Players also seem to have a lasso or grappling hook of sorts, which can be combined with the jumping and sliding to create a careful dance of maneuvers – which again, looks pretty slick and has me excited to learn more about the game.

The actual combat, however, is also looking to be equally fast-paced and flexible to allow for a multitude of playstyles. Project Magnum will see players defending what looks to be hordes of robots and monsters using an arsenal of weapons. There’s a great focus on the actual feel of the gunplay, with a great deal of both audio and visual feedback. It’s not confirmed whether players will be fighting in a squad like Destiny or will command a band of A.I.-controlled companions, but will have some special powers – that would probably operate on some cooldown timer.

For instance, the trailer showcases a player character breaking a shield of the enemy by using a giant hammer. Another instance showcases a player using the power of the wind to whirl a group of enemies into the air, which adds to the feeling of power fantasy that NAT Games seems to be aiming for. The traversal system also fits in neatly with the gunplay, and while the trailer didn’t showcase any particular feats of both combat and movement coming together in interesting ways – it’s certainly an interesting premise that I’m particularly looking forward to seeing more of.

In addition to the general assortment of enemies, players will encounter a number of gigantic bosses that will flood the screen with a litany of different attack patterns. Not a lot of actual gameplay has been shown in the trailer with regards to boss fights, but a couple of cinematic sequences shows the aforementioned combination of shooting and parkour in downing these behemoths. As someone who enjoys challenging boss fights where the best parts of the game come together beautifully, Project Magnum‘s offerings certainly look right up my alley. 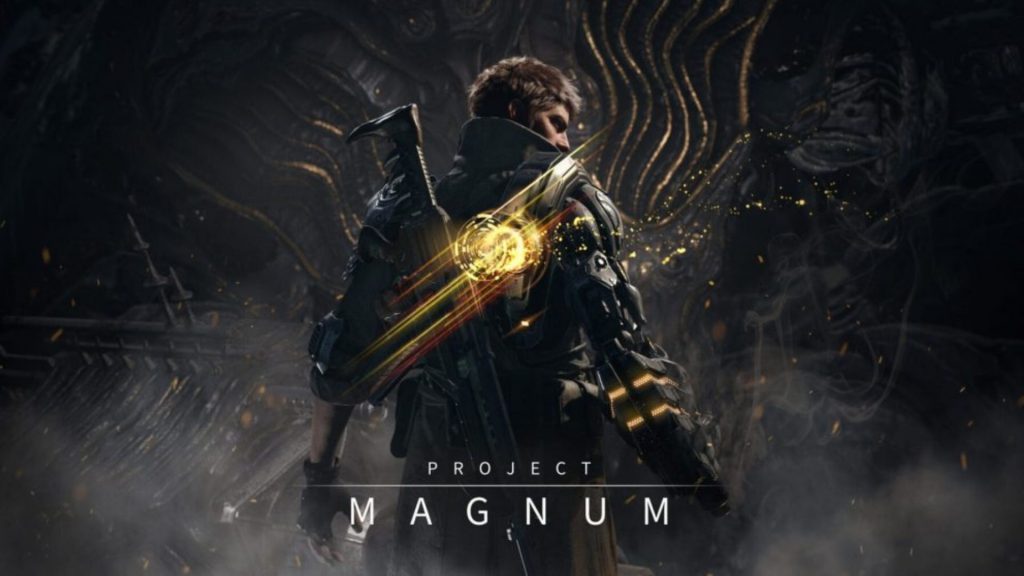 Project Magnum is a looter-shooter, but not a whole lot of the looting has been shown as of yet. Korean developers have continually shown a penchant for delivering great live-service RPGs and developer NAT Games has already worked on titles from the same genre. What makes this possibility so endearing or “dope” as some might say, is the inherent simplicity within the game’s mechanics. Of course, that’s just speaking from outside based on what’s known – but Project Magnum could be one of the more mechanically sound games in this genre. Sure, games like Destiny and Borderlands are also easy to get into and roughly fall under the same bracket as well, but we can all agree that the industry and the genre have the place for games like Project Magnum.

Project Magnum is NAT Games’ foray into AAA development, with this project easily being their most ambitious since its forgoing mobile platforms in favor of the more powerful consoles. The studio’s output has been fairly consistent, albeit quite similar. Its upcoming game has a lot to live up to, now that more eyes than ever are set on Project Magnum.