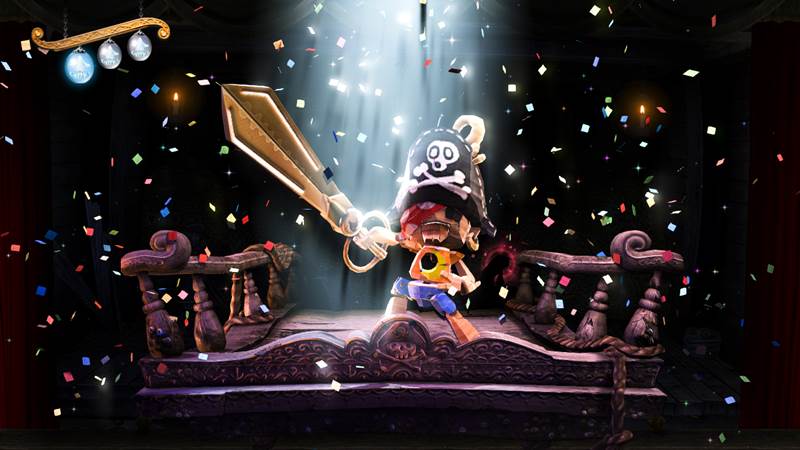 PlayStation Plus users in the United States will see two new game releases on May 20th. These include the awesome PS3 platformer Puppeteer and PS Vita puzzler Surge Deluxe. Both games will be available for free via the Instant Game Collection when the PlayStation Store updates tomorrow.

Puppeteer sees you playing a boy named Kutaro who is turned into a puppet and must retrieve his head in order find his way home. You’ll be able to collect different heads on your journey for different abilities and also take advantage of magic scissors to fight off dangerous foes. The best aspect of the game is its puppet show-like presentation which needs to be seen to be believed.

Surge Deluxe on the Vita is more straightforward. Clear blocks by matching the same colour. You can do this by swiping across the touch-screen a la Candy Crush Saga, but you’ll need to work fast lest pipes burst and things go haywire. What pipes? Good question.

Let us know what you think of these two titles in the comments.