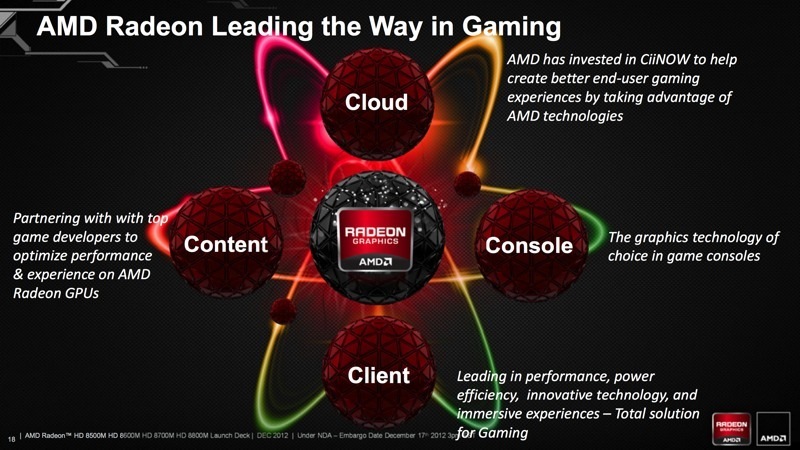 Well, this is certainly an interesting rumor, and quite a logical one too. Based on a recent released slide from AMD, it has been mentioned that they are going to be the defacto choice for next-gen consoles. Now I don’t know if they are talking about the Xbox 360 and Wii U, which have AMD cards in them, but this is certainly a good area for speculation.

They have also mentioned that the Xbox 3 or Xbox 720 is in the beta stage now based on the deleted tweets of SuperDAE, the man who has leaked the Durango dev kit before, of course, that could be fake too.

This new rumour suggests that the slide points out that next-gen consoles could be using the AMD HD8000M series of GPUs. Now that is a mobile GPU, and before you say “oh no, no way they will use that”, it actually makes sense to me.

The slide says that “graphics technology of choice in game consoles.” The main thing about this would be power efficiency and the lack of heat generated by the GPU, so it could be a good fit, and that’s why this rumor actually makes sense. However, considering these consoles are supposed to last for 5-6 years or more, Sony and Microsoft could have something else under their sleeve.

You can check out a lot of slides at Techpowerup.

This rumor is supposed to be taken with a grain of salt, because you never can predict what will happen with next-gen consoles because plans can change anytime. We will keep you updated once we have more information on this.