If you’re still trying to recover from Team ICO’s insurmountable delays for The Last Guardian, then hopefully Swordtales’ Toren will help you out. Set to release exclusively for the PS4 in 2015, the plot covers the journey of a lonely protagonist named Moonchild as she seeks to unlock the mysteries of a tower known as Toren in a dark fantasy world. Along the way, the girl will question her existence, navigate through various puzzles and eventually find out what lies inside Toren.

GamingBolt had a chance to speak to creative director Alessandro Martinello about the experience, primarily about the inspiration for the game (hint: it’s ICO) and what mechanics players can look forward to. 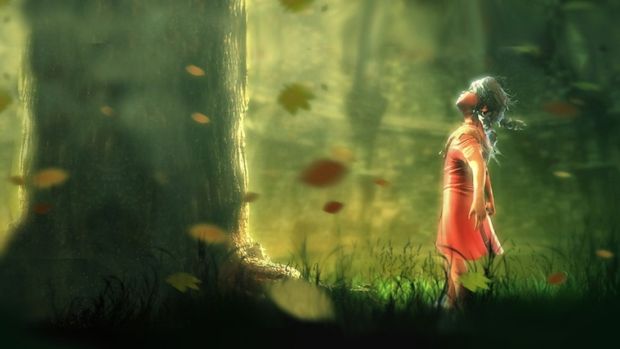 "co is one of the great inspirations of the project because of its minimalist character, which is perfect for an indie game. Other inspirations are The Legend of Zelda and the movies from Hayao Miyazaki."

Rashid K. Sayed: To begin with, can you tell us about yourself and the company you are working for?

Rashid K. Sayed: I can’t help but ask this question. ICO seems to be a big inspiration here.

Alessandro Martinello: Yes, Ico is one of the great inspirations of the project because of its minimalist character, which is perfect for an indie game. Other inspirations are The Legend of Zelda and the movies from Hayao Miyazaki.

Rashid K. Sayed: So tell us about the main character and the story Toren tries to tell?

Alessandro Martinello: The main character is a girl trapped in a tower without knowing why. She is led in a journey of physical and spiritual growth as she progress through the tower towards the skies. You’ll learn more about her and the story as you play.

Rashid K. Sayed: One of the major challenges for an indie game is to tell an engaging story. What kind of challenges are you facing for the same in case of Toren?

Alessandro Martinello: The biggest challenge is to make natural history with the gameplay, try to mix the two things for the game not to lose fluidity it’s been very hard in this project. We’ve made a very unique story that engages with players in many different ways while still making the player feel connected to the main character.

Rashid K. Sayed: The main character does not seem to have any weapons or possess any skills or abilities or you guys haven’t revealed them yet. Can you talk about them?

Alessandro Martinello: The main differential of the game is that the main character will grow during the course of the game and it will change the mechanics, as well as the strength of the character. Along her journey, she can find weapons and items that will help her in change from a helpless child until she becomes a warrior. 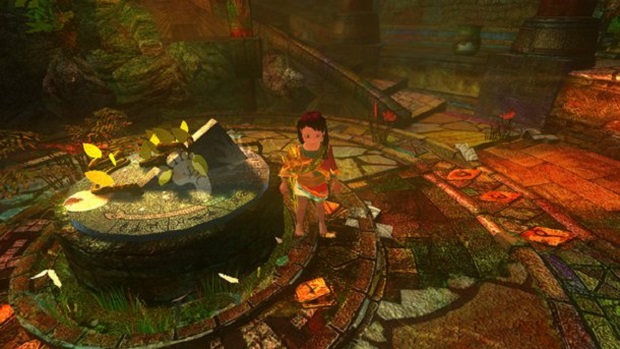 "The environment is present forming obstacles, but it can also be used to get rid of enemies and assisting the player in boss fights, always involving a small problem to be solved."

Rashid K. Sayed: Is the game going to be divided into different levels or is it going to be a seamless adventure encouraging exploration?

Alessandro Martinello: The whole game is like one big dungeon, the best dungeon we could imagine. We encourage the exploration for the player who wants to uncover the great enigma about what this journey truly is.

Rashid K. Sayed: What can you tell us about the environmental puzzles?  Are they the player’s biggest enemies?

Alessandro Martinello: Moving forward is always challenging and engaging. The environment is present forming obstacles, but it can also be used to get rid of enemies and assisting the player in boss fights, always involving a small problem to be solved. Sometimes the best path to proceed doesn’t mean going forward.

Rashid K. Sayed: Do we have precise date on when it’s coming out on the PS4 and PC? Are you guys aiming for a simultaneous launch?

Alessandro Martinello: We want a simultaneous launch and we don’t have specific dates yet, but we’re full steam ahead.

Alessandro Martinello: Depends on each player, the game was made ​​to have around four hours. We’ve had people take much longer depending on their choices and interactions with the world.

Rashid K. Sayed: Toren has been announced for the PC and PlayStation 4. Is there any reason why it’s not coming to the Xbox One?

Alessandro Martinello: The reason is that we had early access to the ps4 dev kit and this gave us the certainty that we will launch on Sony’s console. But we don’t exclude the possibility of release in other platforms.

Alessandro Martinello: For sure! 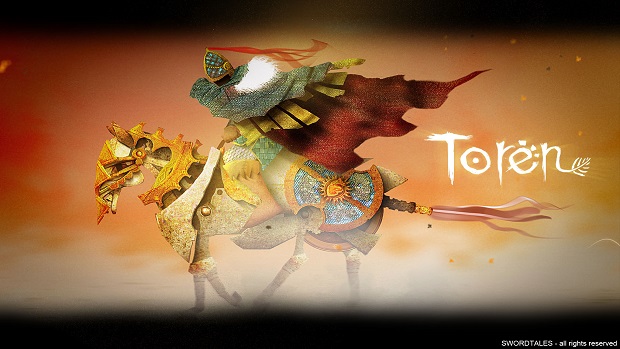 "We expect to deliver more of these different and special games that as a player I need to wait years to play."

Rashid K. Sayed: The game has a beautiful art design and vistas. How are you pushing?

Alessandro Martinello: The game runs much faster than a regular PC, and we haven’t made changes to use all this power. We intend to use more realistic and detailed lighting on ps4, but our main goal is to guarantee the 60 fps performance.

Rashid K. Sayed: During the early PS3/Xbox 360 days there was no such thing as a resolution and frame rate debate. But now every game is gauged on 1080p and 60fps. What are your thoughts on this debate?

Alessandro Martinello: I think this is a genuine debate when deciding factor on the hardware you want to buy. But it doesn’t make sense when it’s a choice of a studio for its game can be more beautiful. Nowadays, I hope that all studios don’t need any more having to choose 720p for your game can have all the visuals that it wants to achieve.

Rashid K. Sayed: Are you using the PS4’s touch pad in anyway?

Alessandro Martinello: We are studying the possibility of using it in the menus, but I’m more interested in the output of independent sound that exists in control.

Rashid K. Sayed: Is there anything else you want to tell us before you leave?

Alessandro Martinello: We expect to deliver more of these different and special games that as a player I need to wait years to play. I hope there are even more games in that way. Thank you.