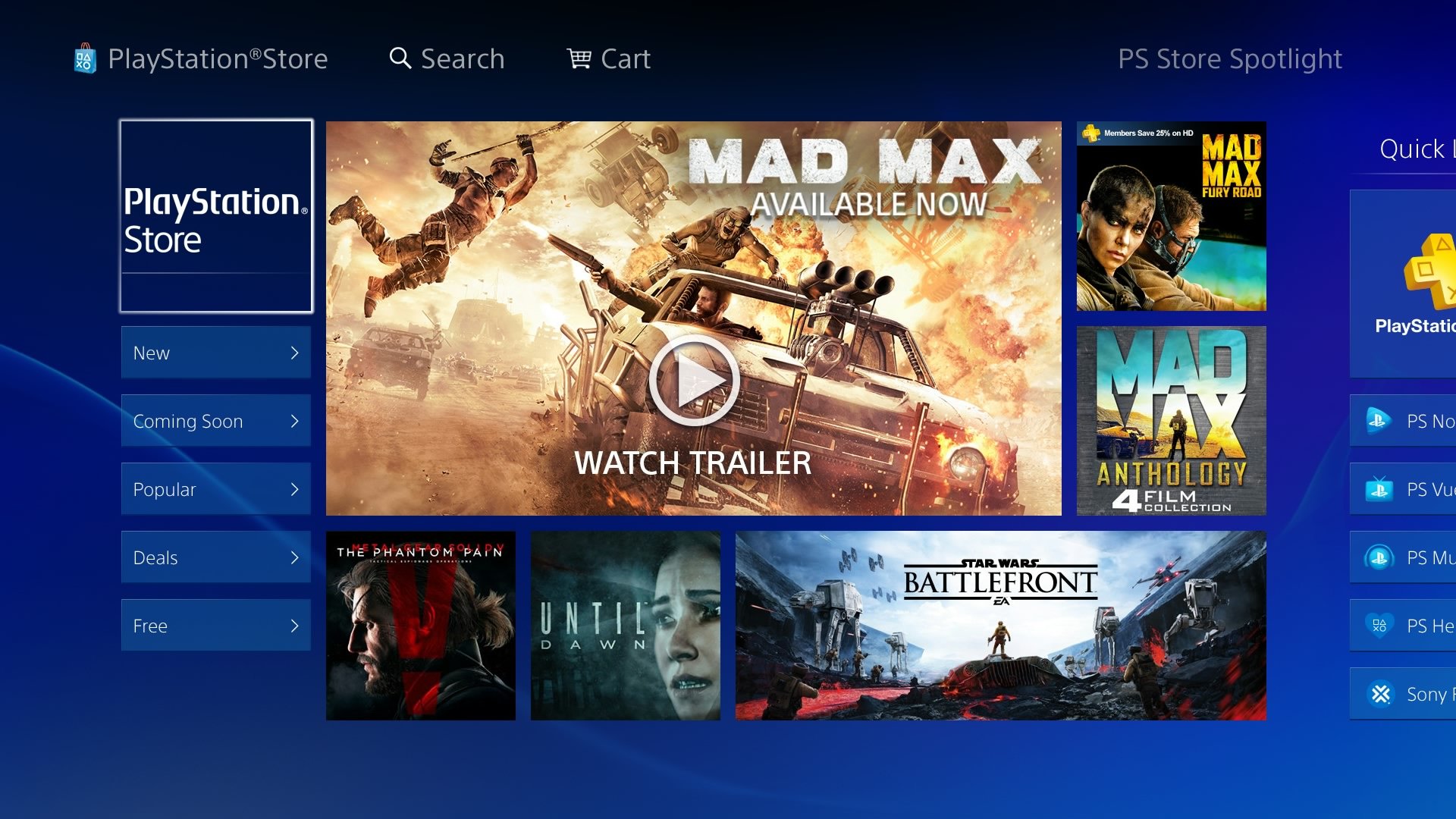 One of the best representations of how Sony simply does not get it with online services is the PSN Store- the original PSN Store on the PS3 was ugly but functional, and worked well to get the job done. The PS3 redesign sacrificed functionality for form, while the Vita PSN Store suffers from numerous issues, such as a disastrous download list. The PS4 PSN Store has had issues of its own, mostly pertaining to its organization- thankfully, these may actually have been resolved, with a new update for the PSN Store on PS4 having been released in North America last night.

Check out the screenshot- it looks slick, and I think it is laid out more sensibly. In my limited time with it, I found it more responsive than the older store, and I think overall, more inviting than the original PS4 PSN Store.

What do you think of the new PSN Store design? Let us know in the comments section.