Here’s everything you need to know about the PS5’s accessories and what you should expect from them.

As we approach the launch of next-gen consoles, the last few weeks have been a whirlwind of new reveals and news on the PS5, the Xbox Series X, and Xbox Series S, with updates and reveals coming on many of the fantastic games that each console will be launching with, and releasing later down the line. Given the sheer volume of news out there, you wouldn’t be blamed for missing some bits and pieces of information here and there- and perhaps the most overshadowed information that has been dropped has been in relation to the PS5’s accessories, and what exactly prospect buyers can expect from them.

Here, we’ll be taking a look at some of the most notable official accessories that have been announced for the PS5, and hopefully, by the time we’re done, we’ll have helped you in some way to decide whether these are things you’re going to want or pass on.

Sony has been all about their PlayStation-centric headsets for a very long time now and that’s not for no reason. They produce excellent sound and work seamlessly with the consoles they were designed for. As an owner of the Platinum headset myself, I can attest to the quality of the sound, the available frequency range, and how harmoniously it works with my PS4 as well as with PCs and other devices. Compatibility doesn’t stop with gaming though, as the new Pulse headset will also retain the 3.5 mm jack that it’s predecessors had, so if you want to bypass the wireless dongle for any reason and plug them straight into an analogue source, go for it.

These headsets also maintain a clean profile by hiding the voice chat mic. This might irk some gamers who are used to adjusting the mic in front of them, but once you get used to not dealing with it, it really is pretty handy and just not have to think about it. On top of that, one of PlayStations most underrated features has been their 3D audio which does impact games quite a noticeable amount, especially games that were developed with the feature in mind like most of their first-party titles.

Hearing people walking behind you and slightly to the left or right is instantly noticeable in Ghost of Tsushima and The Last of Us Part 2 and it really is impressive that this much fidelity of sound is making its way to my brain. It doesn’t quite replace a good surround sound set of speakers, but it gets closer than you might think it would considering that it’s just a headset. The PS5 is making a bigger deal out of this feature than the PS4 did though, so I’m expecting the latest iteration of their headset to kick it up yet another notch.

One thing the new Pulse headset will have over the platinum set is the noise-cancelling mics on either side that ultimately help simulate silence even more than the snug ear cups already do. All of these features and all of this quality for around $100, far cheaper than the high-end gamer headsets, isn’t a bad deal at all, especially if you do most of your gaming on PlayStation, as those consoles will instantly recognize the dongle, register the device, and you’re good to go. No drivers, no updates, no hassle. 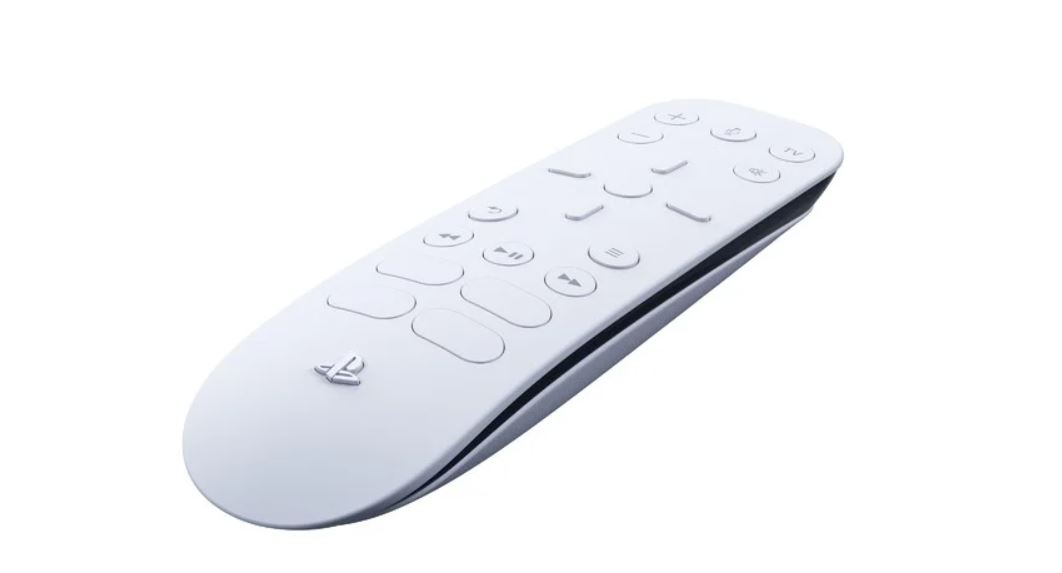 Here’s a device that, despite PlayStation releasing one with every console since the PS2, people still seem to be surprised by its existence. Much like the previous PlayStation remotes, this device is very focused on movie playback controls and just generally using your PS5 as a media device. This idea definitely made more sense back when the PS2 was a lot of peoples’ first DVD player and the PS3 was a lot of peoples’ first Blu-ray player, but despite being a tad bit antiquated as a concept, the presentation of this remote is a far cry from previous remotes for PlayStation’s consoles. Where previous remotes were quite large, black, and perhaps hard to distinguish from other remotes, this one is small, sleek, and to the point. It also has a nice white finish to presumably match the Avengers time-traveling suit aesthetic that the PS5 seems to be going for.

As a result of slimming things down for this remote, Sony has a very clean and simple look for this. Volume controls, a mic button, a TV button that presumably switches control to your TV if you have a set that plays nice with Sony remotes, a mute button, a fairly standard set of directional buttons with a select button in the middle of them, return, menu, playback controls, and a few buttons for select streaming services. Disney+, Netflix, YouTube, and Spotify, respectively.

All of this followed by a raised PlayStation logo at the bottom which, I assume, will mostly be used to help people orient themselves with the remote in the dark where it’ll be hard to see it. According to Sony you can also power on your console and TV with this remote and access many of its features with voice commands that are received by a tiny microphone in the remote itself, which seems pretty handy, and, let’s be honest, not nearly enough of your devices are violating your privacy yet. Overall, the layout and design are pitch-perfect here, if you ask me.

It might not be for everyone, as I certainly don’t mind just using my controller for everything, but if you’re planning on watching lots of 4K movies on your PS5, it might be worth picking up. But be sure to get one as soon as you can, as Sony has a bad habit of releasing these then discontinuing them within a couple years, which makes them annoyingly hard to find later on. 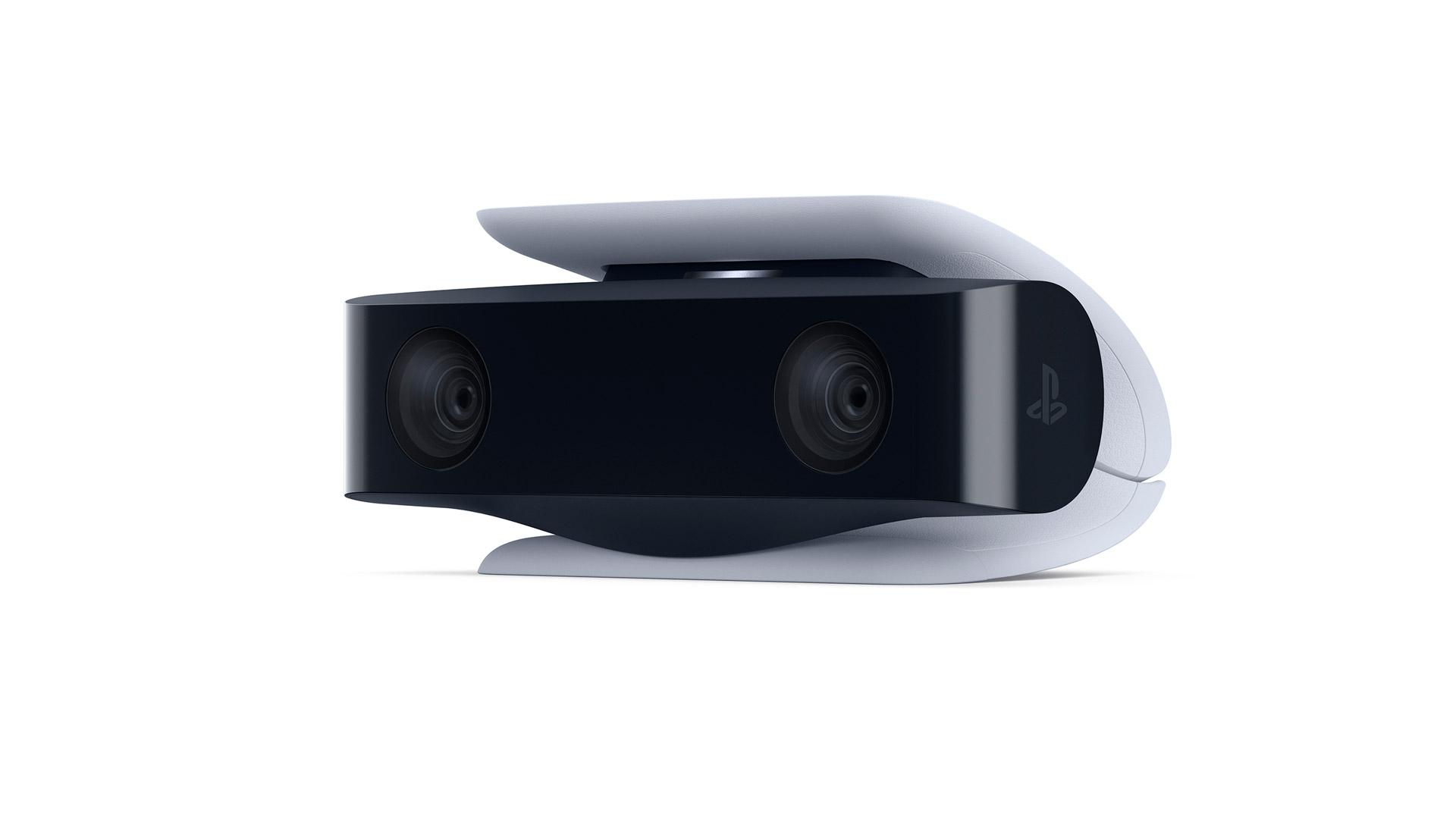 I’m not entirely sure what Sony was thinking when they decided on the specs for the PS2 camera, the cameras on the Vita or even the PS4 camera, but here, it seems like we’re getting a pretty sharp camera with two 1080p lenses and all the benefits that come from having a PlayStation branded accessory with your actual PlayStation. It should play very nicely with PlayStation’s already established streaming suite, including the ability to key out your background. The fact that it’s two separate lenses could also open the door to more accurate depth perception for PS VR as well as some interesting things later on depending on what developers want to do with it. Personally, I’m mostly curious to see what Media Molecule does with it than anything else. At only around $60, it seems like it could be a good buy.

Not to be outdone, is Sony’s new flagship controller the DualSense. A name that I was a little surprised to see it get, as DualShock 5 has quite the ring to it, but alas, here we are. The DualSense matches the aesthetic of the rest of the accessories and even dips its toe into Xbox territory with its more solid, simplistic body design. Gone are the days of joysticks floating underneath the body of the controller, it seems. The DualSense is far more impressive internally, though. With haptic triggers that simulate the tightening of the bow, and other similar things are aiming to make this controller the best in the business. Its USB-C port is also a nice touch, which leads us nicely to the final product on this list. 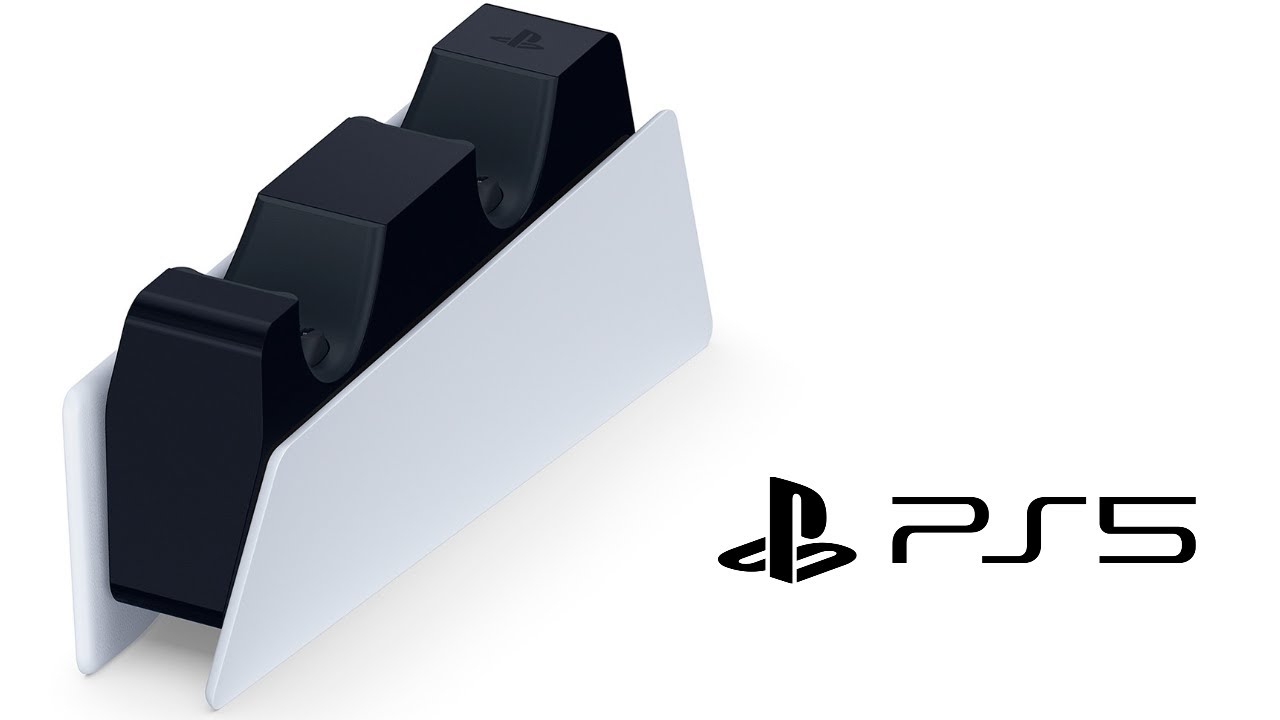 Much like PlayStation cameras and media remotes, officially licensed controller charging stations are a Sony institution that seems like it’s here to stay. This charging station is pretty much exactly what you would imagine it is and can charge two controllers at once without having to connect them to the PS5 or some other power source. At only around $30, it could easily be worth getting for organizational purposes alone, if nothing else.