PS5 Devkits Now Being Sent Out To More Studios

System architect Mark Cerny hopes the PS5 will imbibe his and developers’ hopes and dreams for the next generation. 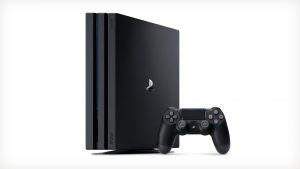 Sony surprised everyone today by dropping the bombshell of their very first official communication on the PS5—though for now they refuse to call it that—on people by sharing some early technical details on it via an exclusive report with Wired.

There’s a lot to digest with this—VR compatibility, backward compatibility, ray tracing, an internal SSD, are all things that have been confirmed. However, another interesting tidbit in all this is that PS5 devkit deployment has apparently been “accelerated” by Sony recently, so that developers get more time to get comfortable with it ahead of its launch.

Sony’s Mark Cerny is still acting as the lead architect for the PS5 (as he did on the PS4 and PS Vita), and he told Wired that he has imbibed developer requests, as well as his own desires for the next generation of gaming, into this new console.

For now, we don’t know what the PS5 will be, or whether or not all these elements will come together to deliver a great console—but early indications are very encouraging indeed, and Sony’s immaculate track record gives us no reason to doubt them whatsoever.