PS5 Might be Compatible With PSP and PS Vita, As Per Recently Published Patent

Both handheld devices have been mentioned in a patent filed by Sony.

The PS5 is going to launch with plenty of shiny new accessories that will leverage its new hardware capabilities, but it’s also possible that the console will also be compatible with some older PlayStation hardware. A patent filed by Sony back in February that was published in August (spotted by GameRant) suggests that the upcoming console could be compatible with both of Sony’s handheld gaming systems, the PSP and the PS Vita.

The patent goes over compaibility with accessories, and in an illustration (which you can see below), shows various accessories, ranging from a PSVR headset and the PlayStation camera to a mouse and a keyboard to a regular old controller to, notably enough, both the PSP and the PS Vita. Both handhelds are also explicitly mentioned in the patent.

It’s possible that Remote Play will return with the PS5, which would explain why it might be compatible with the PS Vita- though the PSP, with only one analog nub and no touch screen and rear touchpad, has much fewer control input options than the PS Vita, so its inclusion is particularly interesting, and raises plenty of questions.

Of course, as is the case with any patent, there’s no guarantees that this will materialize as anything tangible, and it might just be a case of Sony protecting its ideas and technology. Either way, we’ll keep you updated should we learn anything new, so stay tuned. 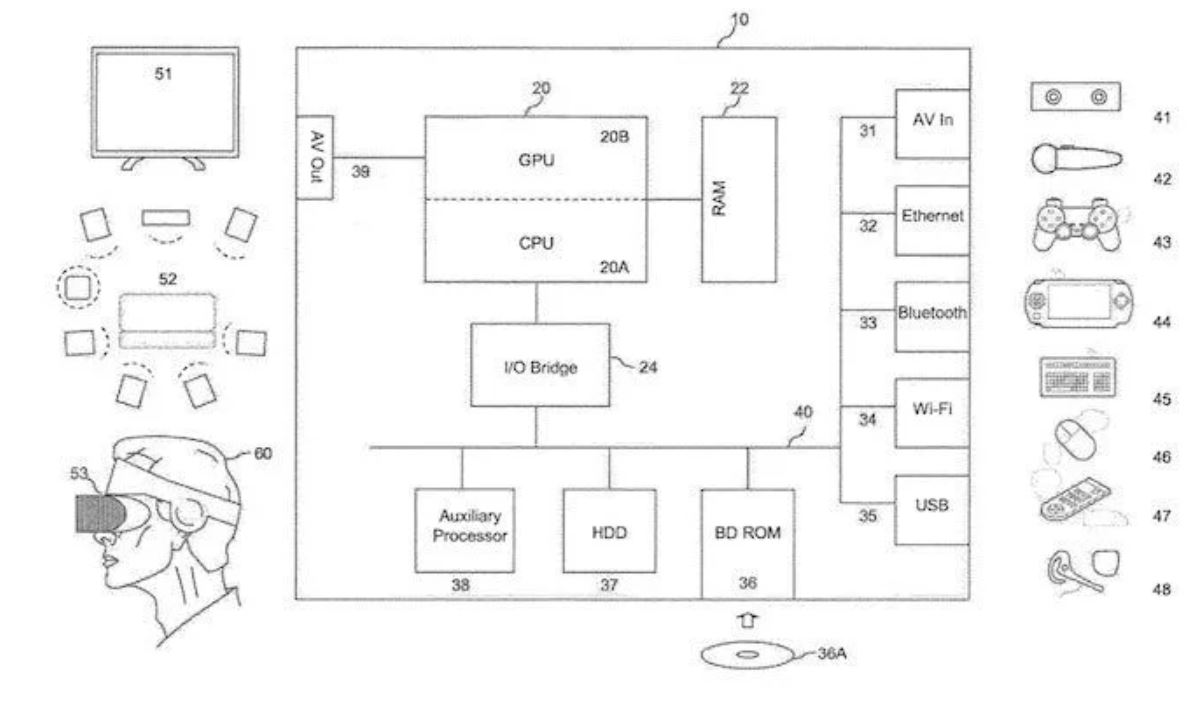