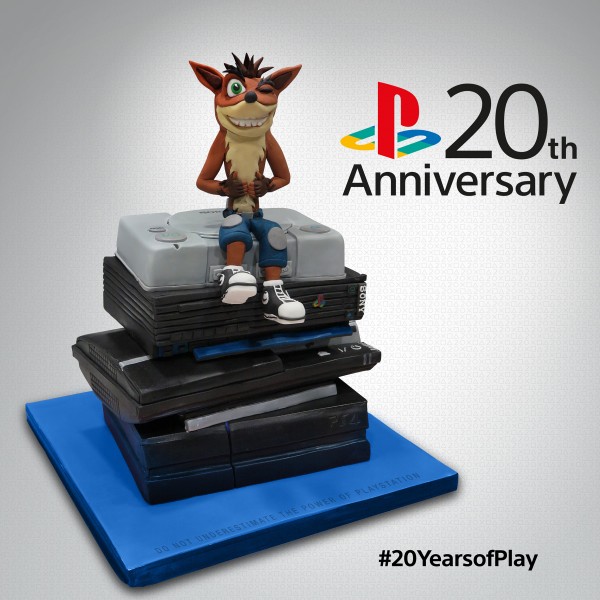 20 years ago, the PlayStation launched in Europe, and console gaming was never the same on the old continent ever again. The PlayStation was arguably the first console ever to make any decent headway in Europe, and it permeated the mainstream pop culture thoroughly, expanded the gaming audience, and also getting western developers finally on board with console game development.

To celebrate the 20th anniversary of the system’s European launch, Sony is offering everyone a chance to win one of those snazzy 20th Anniversary PlayStation 4 consoles. 20 of these will be given away, with the chance to still score a 20th anniversary DualShock 4 even if you can’t win the console itself.

That’s not all, either- if you head over to Spotify, you can listen to the PlayStation Music playlist which contains a selection of 21 tracks from 1995 to 2015. Since Spotify is also on PS4, you can listen to this music on your system as well- maybe you could even listen to it on yours 20th Anniversary PS4 that you can win.