Play as Joshua Hayes, a neuroscientist who explores parallel realities and uses deja vu to investigate his memories and discover the truth. 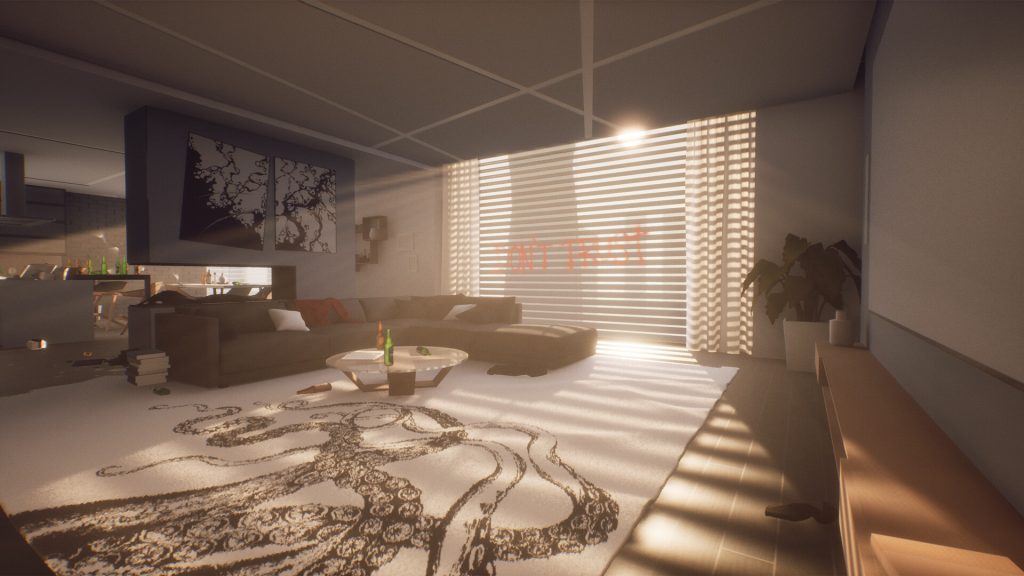 Among the many new titles announced at the Future Games Showcase during Gamescom was The Gap. Developed by Label This, this psychological first-person thriller tells the story of Joshua Hayes, a neuroscientist who, along with his family, suffers from a rare genetic disorder. To help his family, Joshua partakes in an experiment run by Neuraxis, a biotech giant.

Unfortunately, things seem to take a turn for the worse. With his memories and personality a mess, Joshua explores various minimalist rooms and uses items to investigate his past via deja vu. Of course, there are parallel realities to delve into, because things aren’t convoluted enough already. Whether Joshua can trust anyone, much less himself, is the real mystery.

The visual styling and aesthetic of The Gap look nice, creating a surreal experience. It’s out “soon” for Xbox Series X/S, PS5, and PC. Stay tuned for more details and gameplay in the coming months.