After Hours Athletes collects three titles previously made available on the Playstation 3; Top Darts, High Velocity Bowling and Hustle Kings. Each game focuses on a particular bar game although not many bars or pubs I’ve been to happen to have a bowling alley in the middle of them but I’m happy to ignore that. 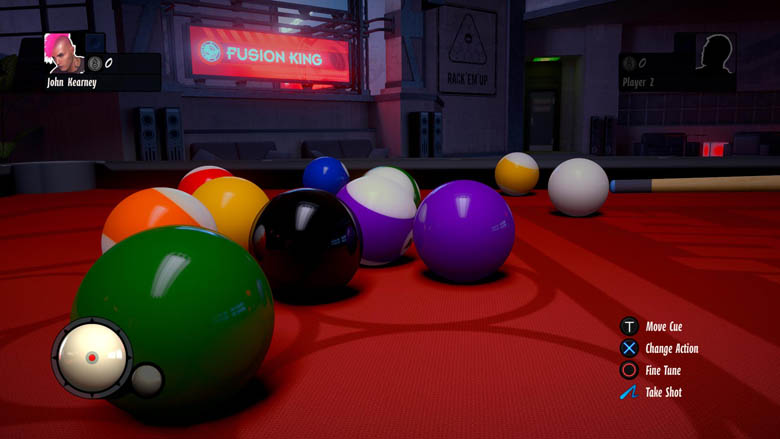 How much you enjoy this collection of old PSN titles depends really on how much you enjoy darts, snooker and bowling. They’re all fairly accessible and easy to get the hang of however all have their hidden depths apart from bowling, that is simply a case of right aiming and power. If you’re not much into darts and snooker then I can’t really see it being a fun experience. After Hours Athletes is tailored for those nights in with your mates after a few pints. You can’t get any more “blokey” than that.

Let’s start with Top Darts. Each game has it’s own theme matching the activity. We’re landed in a suitably typical Irish pub by the name of Morrigan’s Irish Bar. There are other levels based on differently themed areas to play such as a high-rise skyscraper or beach hut, which aesthetically offers a nice shift. After customizing your profile you’re left with the option to start tutorials, have a quick game, play in the leagues or cup. When playing darts there is a lot of setup before you actually throw the dart, which caters, to the more experience audience and less to the casual waggle-fest enthusiast. You scan the board with the controller and zoom in and out using the triangle and square buttons, after you lock on to a certain point on the board with the Move button and throw the dart by pulling the Move controller back and thrusting it forward. Just don’t let go like you would with a normal dart unless you’d like a small crater in your TV. I found with Top Darts that my darts would actually end up much further away than I would initially aim on the board, which would prove frustrating. Whether that meant I was pretty rubbish at the game or that the Move controls aren’t terribly accurate I’m not too certain. It’s just a waste going to all the effort of setting up a perfect shot only for it to miss for no apparent reason

There are other mini-games included in Top Darts based on well-known pub games such as Around the Clock and Cat and Mouse. These all prove a nice distraction from the main event and something fun to play with friends who aren’t too fussed about an official game. 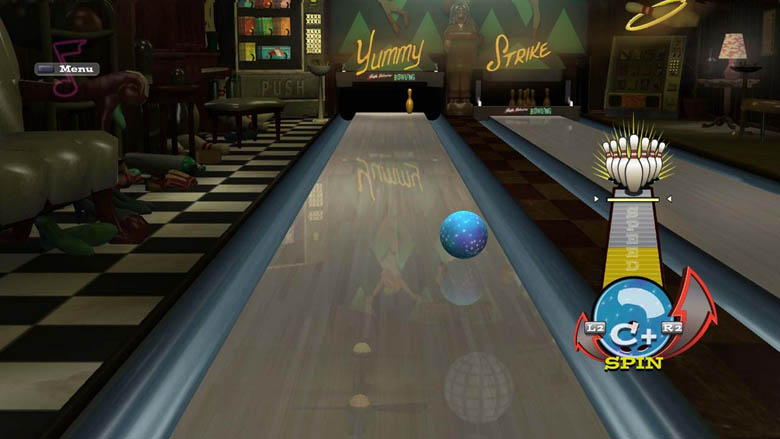 The second game of the three-some is Hustle Kings, a rather extravagant title for a simple snooker game. The motion controls for this are less accurate and intuitive than the other two, as slight shakes in your movements will often send the ball widely off target. You line up the shot holding down the trigger and choosing where to hit the ball. After that you can lock that in and use your Move controller as you would a normal cue. This allows you to use as much power when thrusting your controller forward as you would with a shot in real life pool. However I found that if I shook slightly or wobbled during the shot my shots would never go as planned. I guess with real life pool you’re using two hands on a lengthy cue however with this you’re simply jabbing randomly with one hand and a motion controller which affects your balance and aim negatively. Either way there should be some lee-way in this. A nice little touch is the use of in game currency “HKC” to gamble against opponents or enter tournaments. If you don’t have enough HKC to enter a specific tournament more gambling and practice is required adding that little extra to the replay value.

Finally High Velocity Bowling offers pretty much what it says on the tin although the high velocity might be pushing it. This is probably the most fun of the bunch and takes itself noticeably less serious. Set in an American diner with a collection of crazy characters ranging from pampered female celebrity complete with Chihuahua in bag to a Mexican wrestler who also favours bowling. The characters and crazy settings such as a casino bowling alley with diamond-studded pins add a little visual flair to an otherwise boring affair. Bowling itself is fairly simple, you line up the shots using the Motion control which isn’t the most intuitive use I must say however it gets the job done. Next you’re treated to a view of your character tottering up to the alley, ball in hand where you must swing the remote back holding the trigger button and forward again releasing the trigger as you would with a normal bowling ball. Wearing the strap on your Motion controller is recommended as it’s easy to get carried away, swinging as hard as you can to try and topple the power bar with each shot.

There are minigame-esque trick shots to complete and an online mode to face off with maybe the one or two people playing it but nothing much else to be writing home about that will keep you coming back. 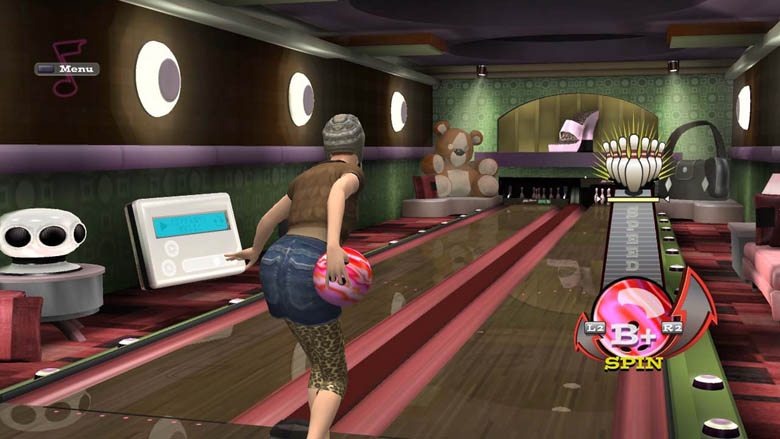 Overall After Hours Athletes offers a nice collection of 3 PSN titles however none of them are the most thrilling of ways to entertain your friends at a get together or spend half an hour playing by yourself. A small grievance would be that once you have selected a game from the main menu you have to quit the whole game and restart if you’d like to move on from darts to bowling. Although after ten minutes of each I’m sure you really wouldn’t want to.

A well-polished collection of 3 PSN move titles. However none of these are particularly exhilarating, instead offering an average attempt at injecting some fun and excitement into dull bar games.

A copy of this game was provided by developer/publisher for review purposes. Click here to know more about our Reviews Policy.
Tagged With: ps move, ps3, Puma: After Hours Athletes, sony