Quantum Break on the Xbox One X is (mostly) a successful upgrade. 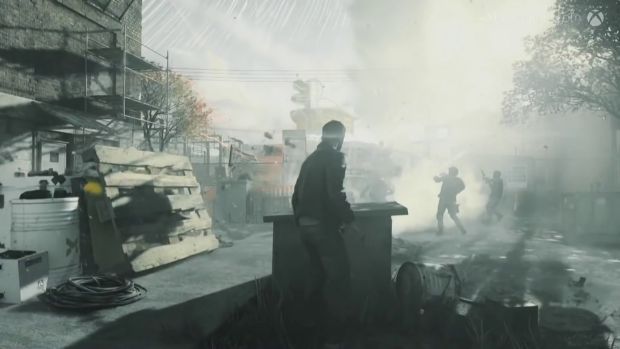 Quantum Break has to be one of the most visually impressive games to have been released for the Xbox One so far, and as such, expectations from its Xbox One X upgrade are obviously pretty high. Remedy have done some pretty good work here, and on paper, the patch introduces a great deal of upgrades that are instantly noticeable, making for a game that looks and plays significantly better. That said, Quantum Break on the Xbox One X is a major improvement over the game’s base version.

Let’s get the basic stuff out of the way first- the resolution. On the Xbox One, Quantum Break was rendered at a resolution of 720p, so while even back then the game was quite an impressive visual achievement, there were times when it looked a little too blurry, or was lacking in details. On the Xbox One X, such issues are, for the most part gone. No, Quantum Break doesn’t hit native 4K resolution, and is instead rendered at a 1440p resolution. But thanks to supersampling on 1080p TV sets, the increase in pixel count is a significant one and one that does the game’s overall visual quality huge favours.

Quantum Break on the Xbox One X also manages to maintain a steady frame rate. Just like its Xbox One counterpart, the Xbox One X version runs at a solid 30 frames per second. It rarely ever dips below this target, and combined with the noticeably enhanced resolution, the result is a game that is a marked visual improvement over the 2016 release. The lack of a 60fps is a shame but this is overall a pretty decent performing game.

There are other improvements for Xbox One X owners in place as well, outside of just the resolution enhancements and the steadier frame rate. Massive improvements have been made to level of detail, so the visuals inherently have a lot more detail to them, while texture filtering has also been enhanced significantly. Furthermore, the strange blurring effect, introduced by the temoral anti-aliasing on the Xbox One, is completely gone on the Xbox One X. This results into an image which is a marked improvement compared to the base version.

All of these come together to make for what is a near perfect Xbox One X enhancement, although, once again, a 1080p/60fps option would have done wonders to this game.

Quantum Break on the Xbox One X is a pretty successful enhancement of a game that was already a pretty major technical feat. Thanks to a hugely improved resolution and a frame rate that is much more stable than it was in the past, Quantum Break runs and plays better on the Xbox One X than its base version ever did. It’s an underrated gem and the Xbox One X version is the definitive place to play it all over again.