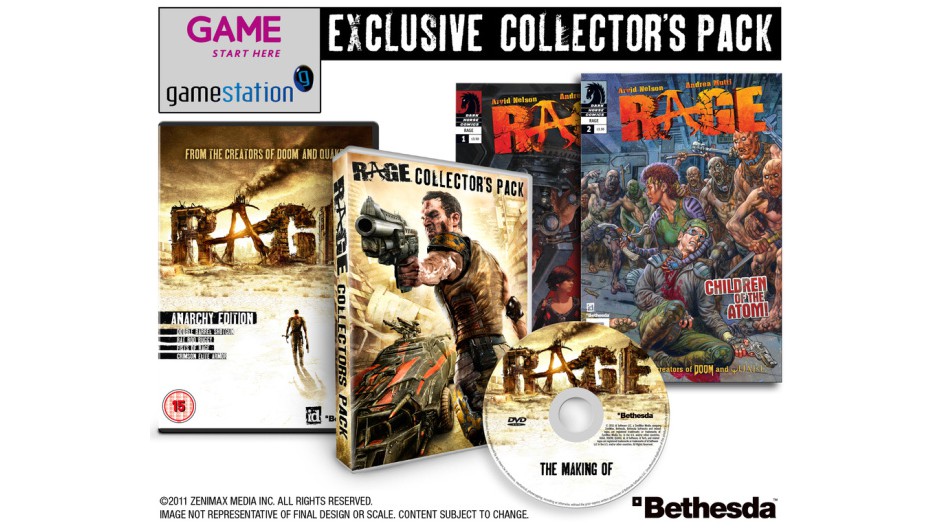 “The DVD takes viewers behind-the-scenes at id Software…id staff go into detail about the world they crafted, as well as the game’s variety of intense missions, co-op modes and Road RAGE, the vehicular combat mode. Not only does the ‘Making of’ DVD contain a behind-the-scenes series of interviews with the team, but also footage from the 2011 QuakeCon event.

This comic series, developed with the direct participation of RAGE’s creative director, Tim Willits, is set prior to the events in the game and will provide numerous insights into the game’s storyline.”

All contents of Anarchy Edition will be included in the Collector’s Pack.

Check out the latest Behind the Scenes video here.