Operation Wind Bastion content has, of course, also been added to the game. 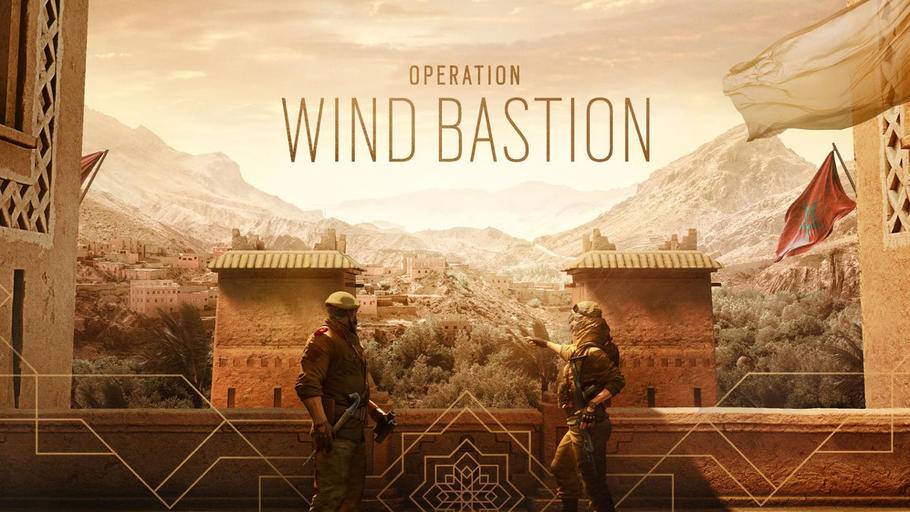 Ubisoft have rolled out a patch for the latest update to Rainbow Six: Siege with Operation Wind Bastion. On top of adding support to the game for all the content the new update brings, including two new operators, a new map, new weapon skins, and more, the update also fixes several issues spotted in the game, on top of making some significant balancing changes to existing operators.

Operators including – but not limited to – Bandit, Blitz, Clash, Echo, Frost, Jager, Maverick, and Ying have all received some balancing changes, or have issues ironed out that have been reported by players since previous updates. Meanwhile Ubisoft have also made slight tweaks to various maps, including the likes of Border, Clubhouse, Coastline, Oregon, Themepark, and Villa.

The new update also gives the Rainbow Six shop a “facelift”, allowing players to view weapons in fullscreen, adding a light theme to the fullscreen view, making shop items accessible from the News tab, being able to equip new items immediately, and more. You can find a selection of the patch notes below. For more details, head on over to Ubisoft’s comprehensive update here.

Fixed – Claymores can be picked up after detonating at the right moment.