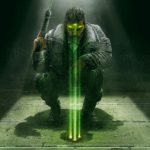 Sam has a lot of tricks up his sleeve.

The man is everywhere except his own game.

Siege is the first game to be confirmed for backwards compatibility support.

Rainbow Six Siege Will Be Free To Play This Weekend

Jump in for a free weekend. 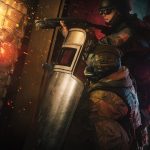 The new Operators are out of this world.

The mysterious new season gets a tease.

One of the weakest Operators is allegedly due to get a big upgrade.

But the game will continue on.

The expansion will come in December.

The next expansion should be coming soon.