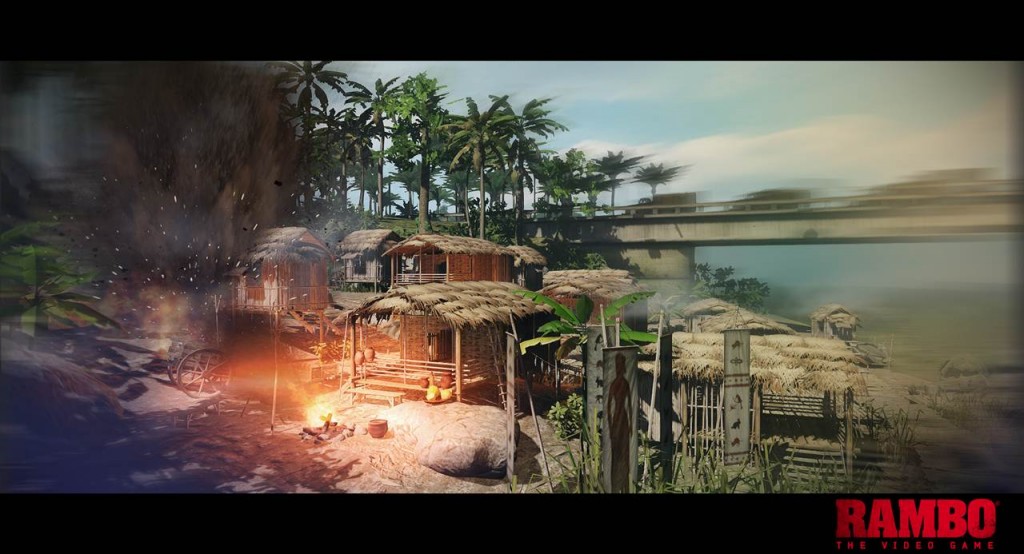 Rambo: The Video Game will be released sometime this year and we have the feature list for the game. Reef Entertainment is developing the game and they’ve sent a list of what gamers can expect from the game.

Shoot-Out, Destruction, QTE-Fight, Fixed-Gun & Vehicle, Stealth-Hunt and Bosses are available in the game, and the description gives a lot more idea about them.

Destruction: Unleash heavy weapons such as the M60, explosive-tipped arrows and time-bombs. Cause some wide-spread damage against hard-targets. Take control in iconic scenes from the films such as Rambo’s destruction of the Police Station in First Blood.

QTE-Fight: Authentic fight scenes from the movies are recreated in third-person, quick-time-events sequences.

Stealth-Hunt: Fixed-perspective infiltrations through forests and enemy-camps armed with Rambo’s trademark Bow and Knife. Dodge search-lights and time your bow attacks perfectly to silently eliminate enemies from the shadows. Knife sections will give players the choice of lethal or non-lethal force.

Bosses: Boss showdowns and take-downs from the films – everything from Rambo’s single, explosive bow strike on Lieutenant Tay to shredding Russian helicopters with the DShK 12.7mm Heavy Machine Gun.