Rare: There Is No Other Game Like Sea of Thieves 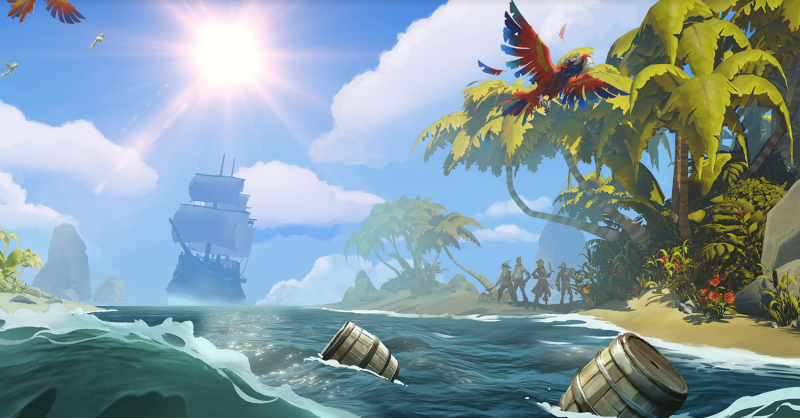 We’re just over two weeks out from Rare’s big new Pirate adventure, Sea of Thieves, and new information continues to come out, this time courtesy of EDGE (April, Issue 317)  interviewing Design Director Mike Chapman, among others.

Chapman would say that he believes that Sea of Thieves is truly a one of a kind game, and that while Rare has never done something so centred around multiplayer, it’s so different anyways that their take on it helped the game become as special as it is.

“I’m biased, but I actually don’t think there’s another game like Sea of Thieves. Even though Rare has never really made such a multiplayer-focused game before, I think the type of multiplayer game it is is so different anyway. I don’t think any of us have ever made a game like this before. But I think it means we’ve looked at it with fresh eyes,” he stated.

Chapman also talked about how Rare isn’t discouraging power-levelling in Sea of Thieves, and considers it to be just a part of the game. The idea is that players share voyages. Power-levelling is, I guess, a bad thing in other games. It’s the best thing in Sea Of Thieves, and we’ve fully embraced it. You want to play with people in your crew at a different level of promotion,” he stated,

Sea of Thieves launches later this month on PC and Xbox One. You can check out the full story, and get more information on the game, in EDGE’s April issue. You can subscribe to the latest EDGE magazine over here.