'We always wanted to make a game that looks like a Pixar film.' 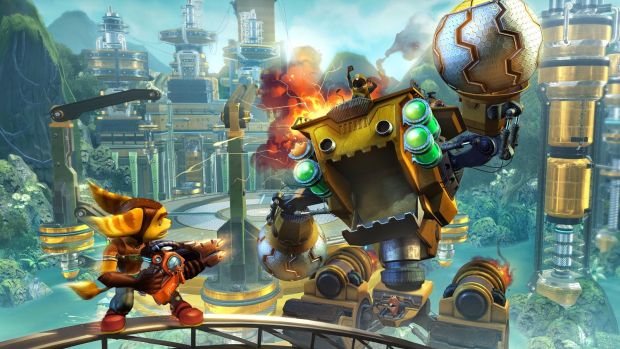 So how does Insomniac feel about having their beloved property be a movie? Speaking to IGN, they revealed that Ratchet and Clank has always been likened to a Pixar movie in their minds.

“When we actually first started the franchise, our aim with the project was to create a game that feels like a Pixar movie,” Insomniac Chief Creative Officer Brian Hastings said. “As a result, we’ve always wanted to see it on a screen, because we felt like it would be a perfect fit. And when you play the latest Ratchet game, it does- it looks like a Pixar movie.”

The new Ratchet game does look incredible- for my money, it is the best looking exclusive on the PS4 so far, Uncharted 4 be damned. Let’s hope it’s a return to form for the franchise as well.