Here are all the biggest new details on Insomniac’s upcoming action platformer.

Posted By Shubhankar Parijat | On 01st, May. 2021 Under Article, Feature

A new Ratchet and Clank game is always exciting, but the upcoming Rift Apart looks particularly exciting. The game has looked impressive since the moment it was first revealed, and recently, Insomniac and Sony showed off plenty more that continued to look great. Lots of new details have recently emerged on the action platformer, and here, we’re going to talk about some of the highlights that stuck out to us. 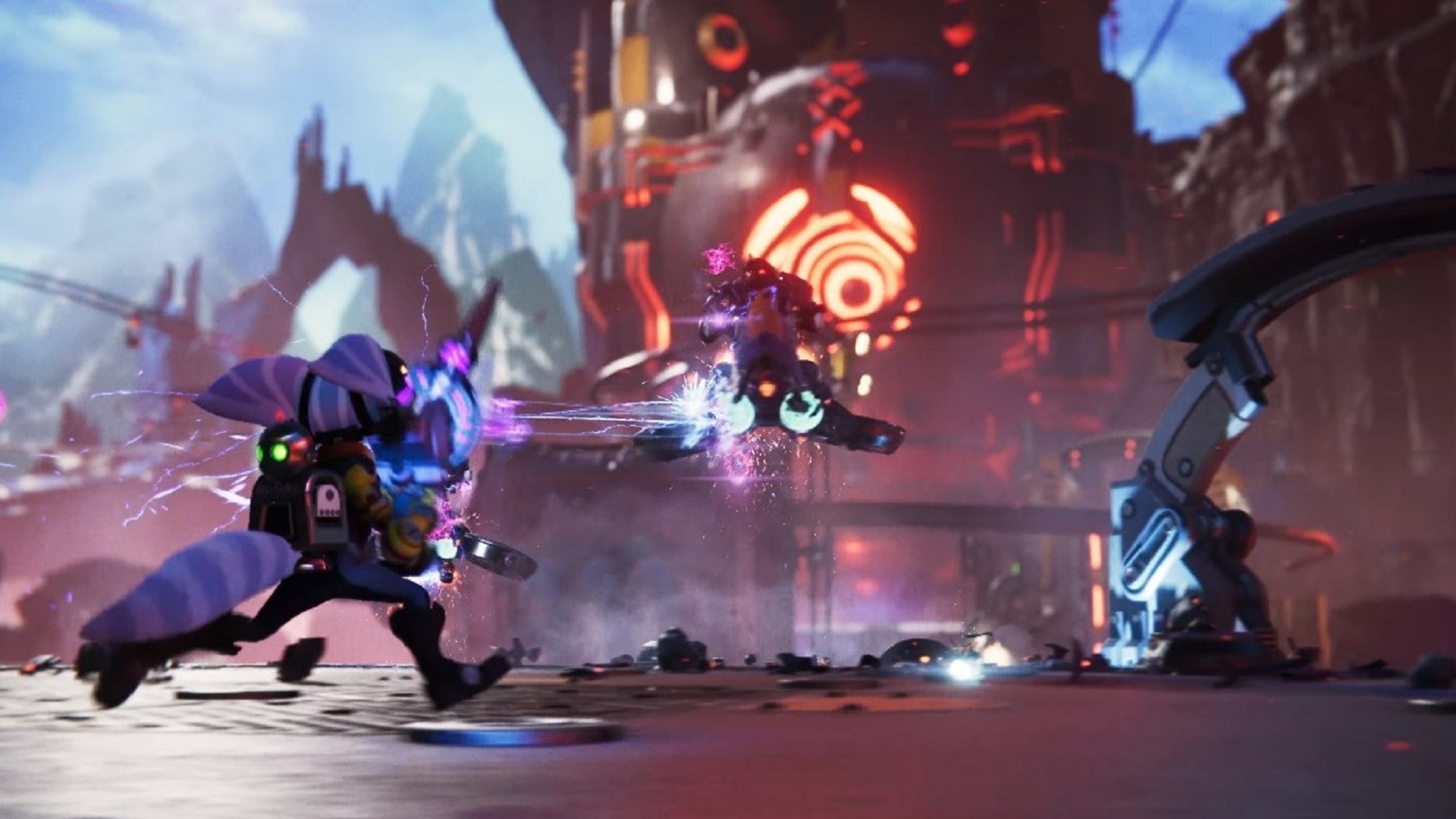 Outrageous and inventive weapons are always at the heart of any Ratchet and Clank game, and with Rift Apart, it seems like Insomniac are introducing a vast array of new ones for players to use. There’s the Topiary Sprinkler, which turns enemies into plants (no, seriously). There’s the Enforcer, a shotgun that has two firing modes, one to fire a single barrel and another to fire both barrels. There’s the Burst Pistol, which alternates between single rounds and a burst fire mode. 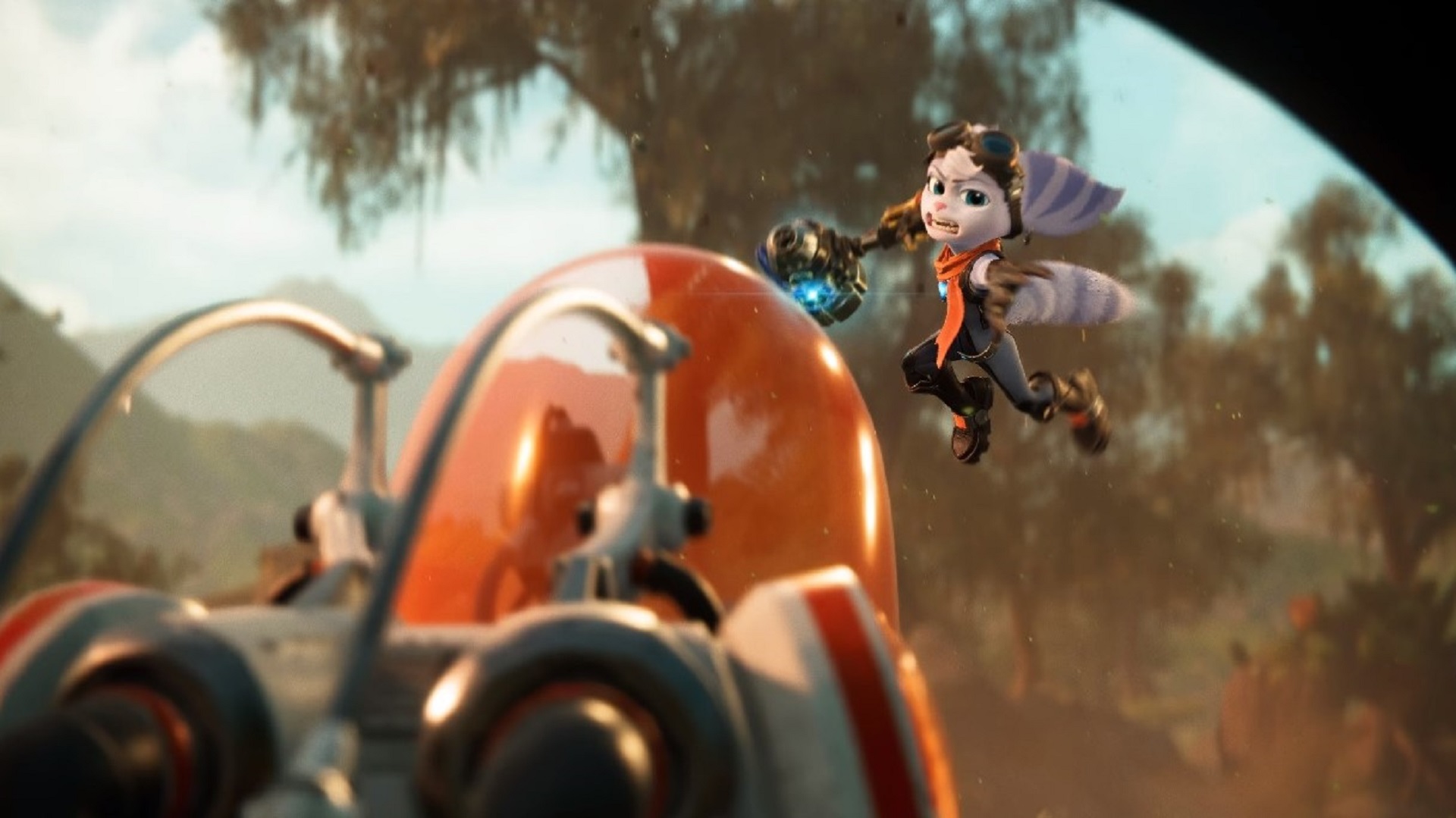 Oh, but that’s not all. There’s more new weapons that Insomniac have either shown off or teased. The Shatterbomb, for instance, is similar to a frag grenade that deals a lot of damage. Other weapons have also been spotted during the recent gameplay demonstration, including the likes of the NegaTron Collider, the Ricochet, and Mr. Fungi. Details on what these do haven’t yet been revealed, but it’s clear that Ratchet and Rivet are both going to have a large arsenal of weapons to use in Rift Apart. 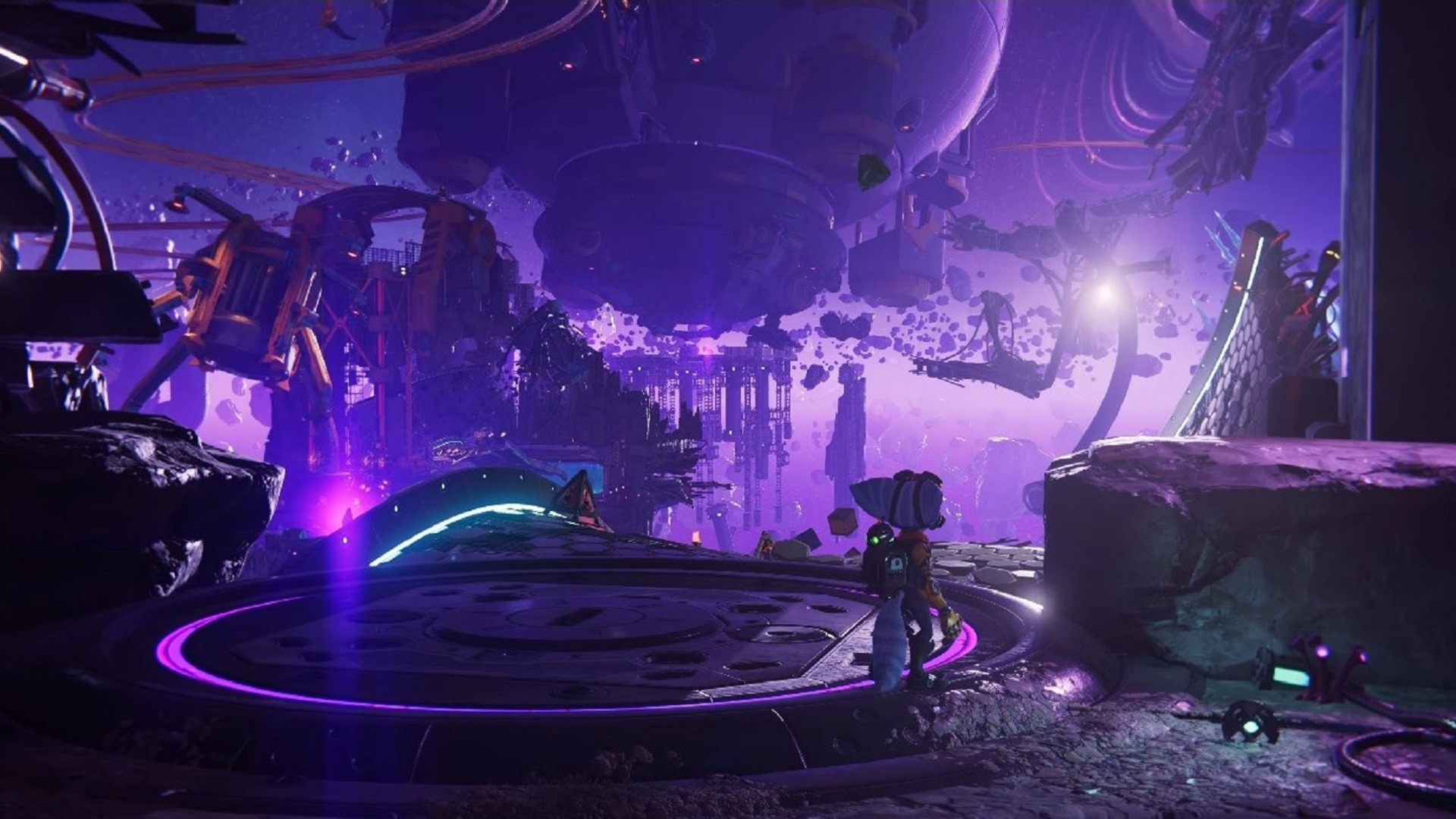 Being a first party PS5 exclusive, you’d expect that Ratchet and Clank: Rift Apart would leverage the unique hardware capabilities of the console, and it certainly seems to be doing that in multiple ways. For instance, the DualSense’s haptic feedback and adaptive triggers are going to be crucial factors for several weapons. With the Enforcer, pulling the trigger partway will allow you to fire through a single barrel and reload quicker, while pulling it all the way down will fire both barrels for more damage. With the Burst Pistol, the adaptive triggers will allow you to alternate between single, more accurately placed shots and bursts of bullets. As far as the haptic feedback is concerned, explosions from the Shatterbomb will feel much more impactful, while with the Topiary Sprinkler, the haptic feedback will be your cue for when enemies have been completely turned into plants and are ready to be killed. 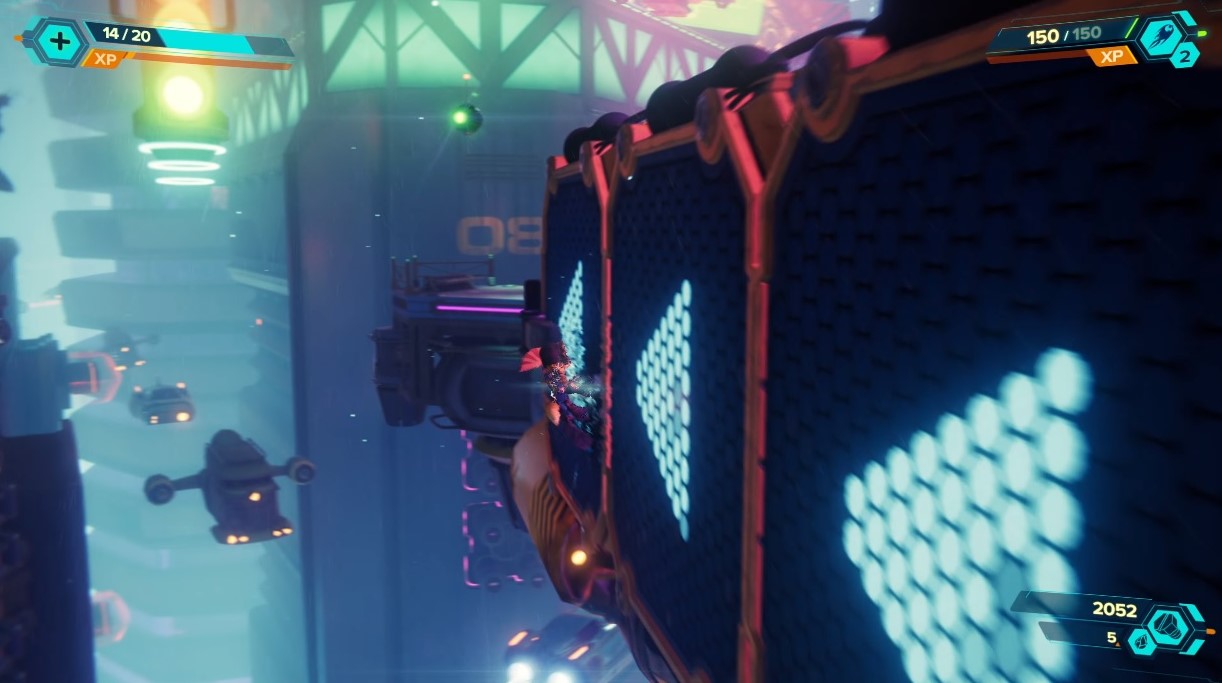 Weapons and combat are key pillars of any Ratchet game, but this is still a platformer- and with Rift Apart, Insomniac are introducing new movement and traversal mechanics to make Ratchet and Rivet much more mobile. There’s a new dash move, called the Phantom Dash, which will be utilized in both platforming and combat. There’s also wall-running, which is new to the series. Meanwhile, the Rift Tether won’t just allow you to pull yourself through rifts- it will also function as a grapple hook of sorts. Insomniac promises that put together, these new abilities will allow players to chain together much more elaborate platforming moves. 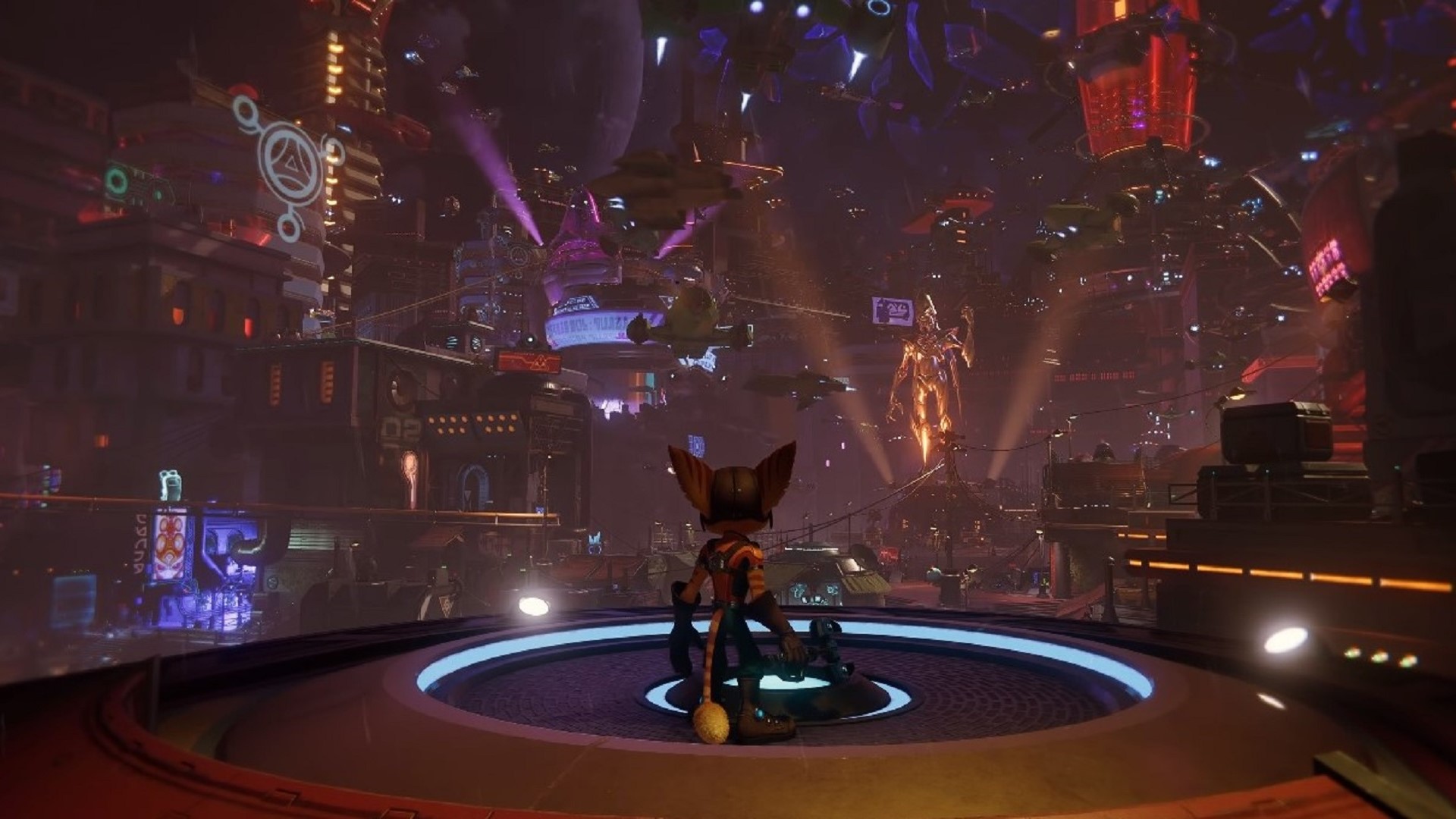 Planet-hopping is an old and beloved Ratchet and Clank tradition, so of course, there will be plenty of that going around in Rift Apart. And it looks like the game is going to feature a mix of both new and old locations. As far as the former is concerned, we recently saw quite a bit of Nefarious City, which seems to be the capital of Emperor Nefarious in this alternate dimension. Complete with a hard cyberpunk aesthetic, flying vehicles, busy crowds, and what have you, it looks like it’s going to be a blast to explore. Meanwhile, where old locations are concerned, Rift Apart isn’t just bringing them over wholesale, and will instead use alternate dimension versions. For instance, we’ve seen a new take on Sargasso so far, while Torren IV is also confirmed to be in the game. 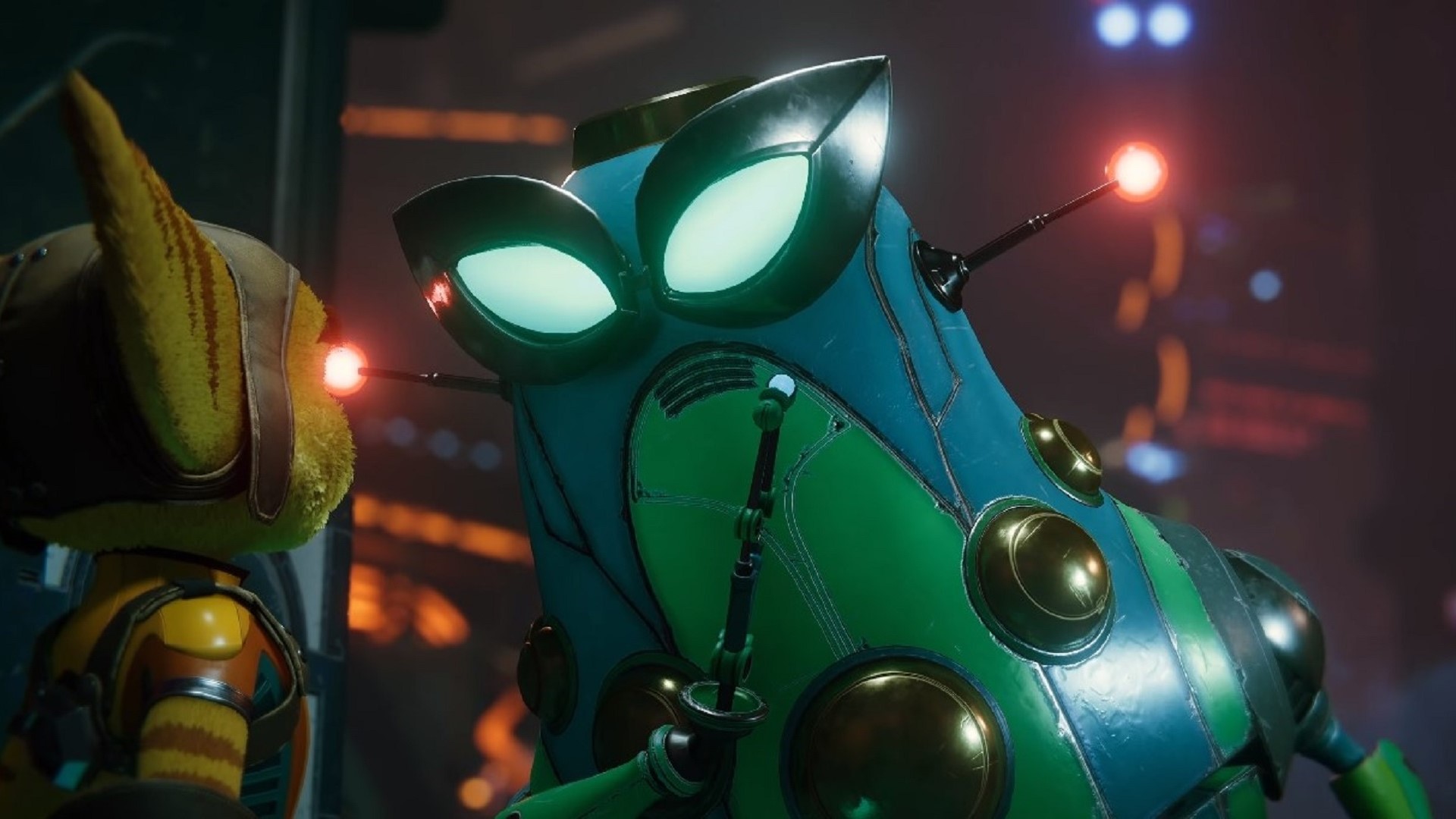 Ms. Zurkon is looking like a new take on a familiar character. In Rift Apart, she is the weapons vendor, taking the role that is usually given to Gadgetron vendors. Ms. Zurkon will not only have a role to play in the story as an actual character who interacts regularly with Ratchet, Clank, and Rivet, she will also sell new weapons and gadgets and help you upgrade the stuff you already have in your inventory. 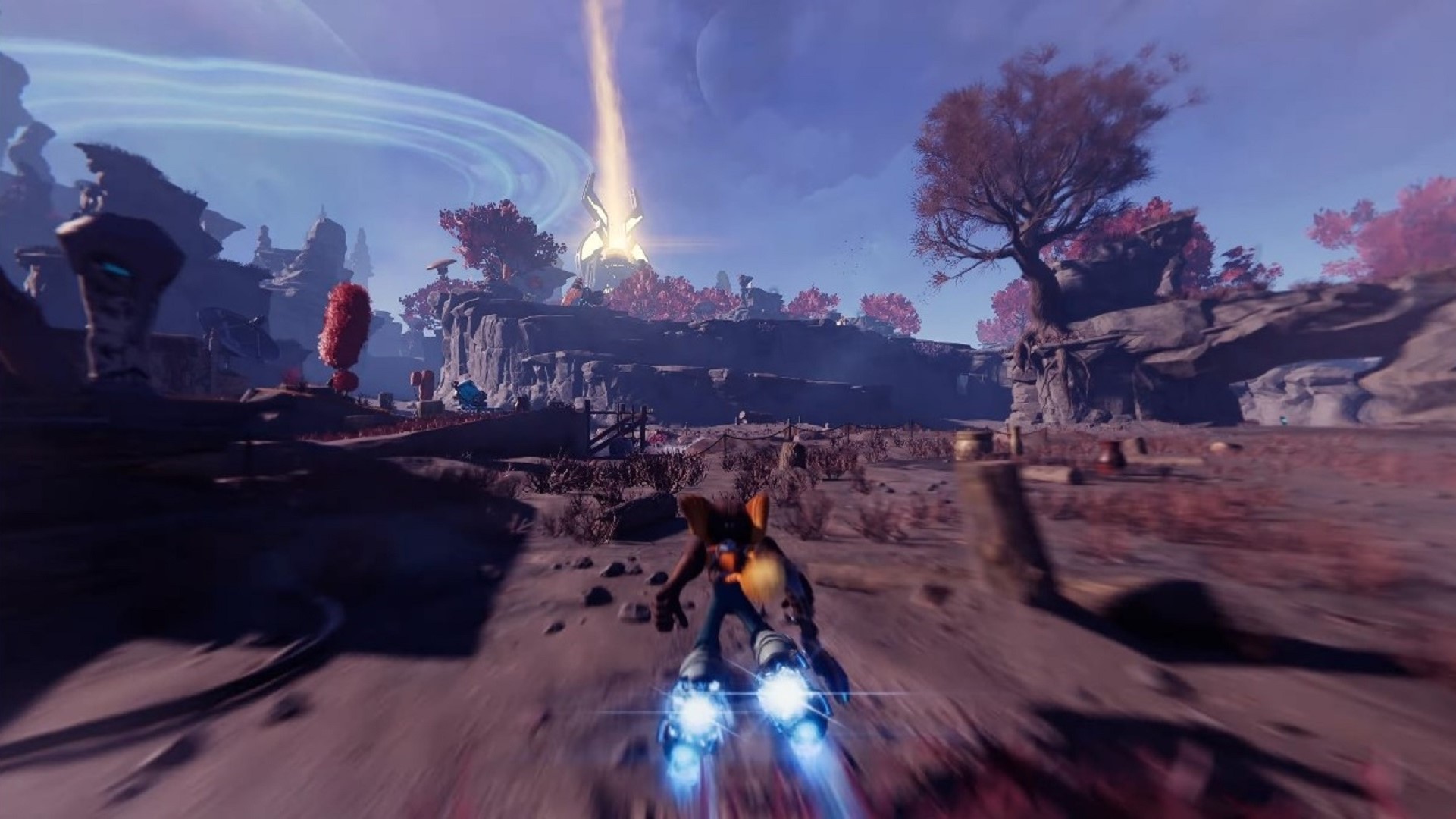 No, Ratchet and Clank: Rift Apart isn’t open world- it’s still going to focus on tightly designed sections that mix platforming, action, and traversal. But the game is looking like it’s going to be larger than previous entries. Not only do levels generally look bigger, Insomniac have also confirmed that Rift Apart will also have dedicated open areas for players to explore. The extent of these remains to be seen- side quests? Open world design? We don’t know the answers to those questions yet, but we’re certainly excited to find out. 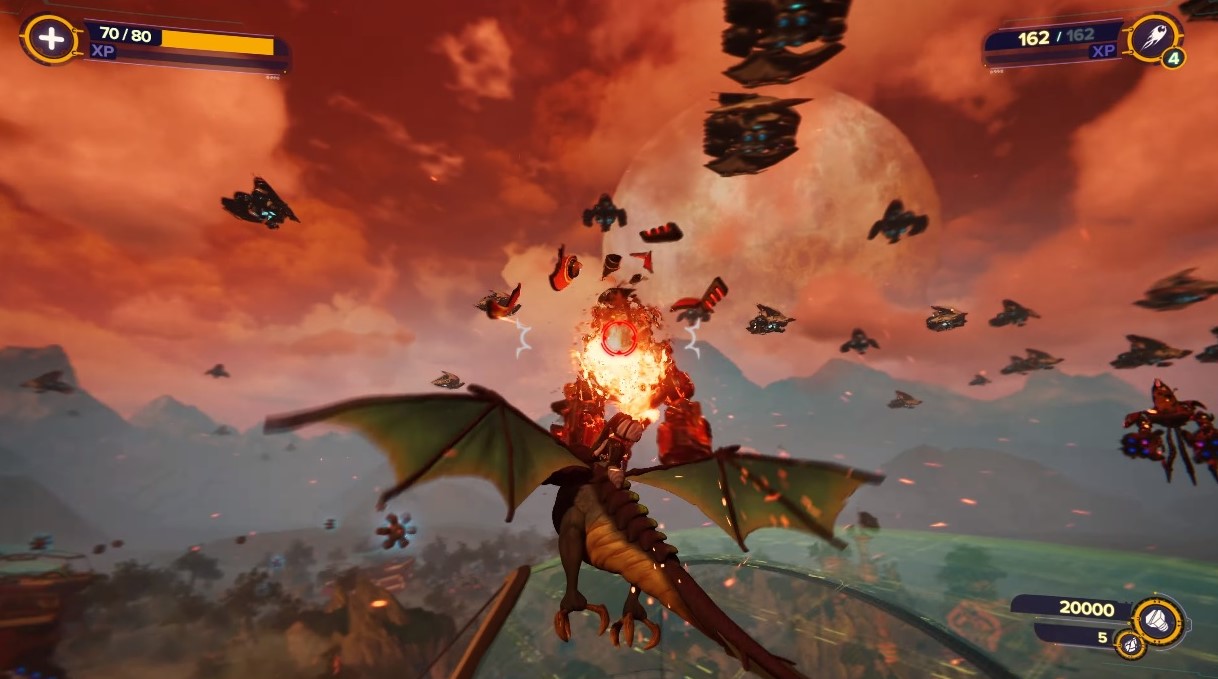 Ratchet and Clank games always excel when it comes to variety in gameplay, and Insomniac are making big promises in that area for Rift Apart as well. One of the many, many things recently revealed from the game was aerial combat, and in the brief snippet of gameplay that was shown, we saw Ratchet mounted on a dragon (or a dragon-adjacent creature, at least) while taking on enemies mid-air. We don’t know yet how frequent these sections will be, but the variety is definitely appreciated. 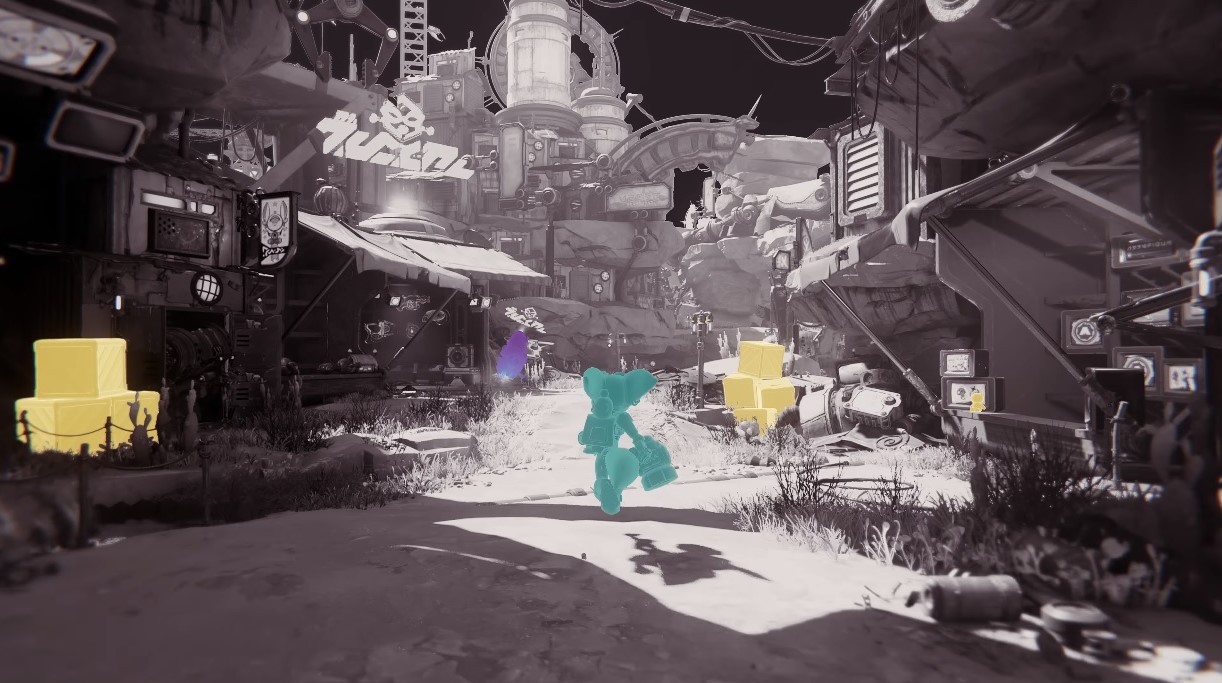 The increasing drive for accessibility in games has been admirable to see of late, and Sony’s first party games in particular have made big strides in that area. Ratchet and Clank: Rift Apart is going to follow suit as well. Full details are yet to be revealed, but it’s clear that the game is going to have a host of accessibility options, such as a game speed toggle, changing HUD colours, various assists, options for changing the sizes of on-screen prompts and text, sensitivity toggles, camera customization, and much more. 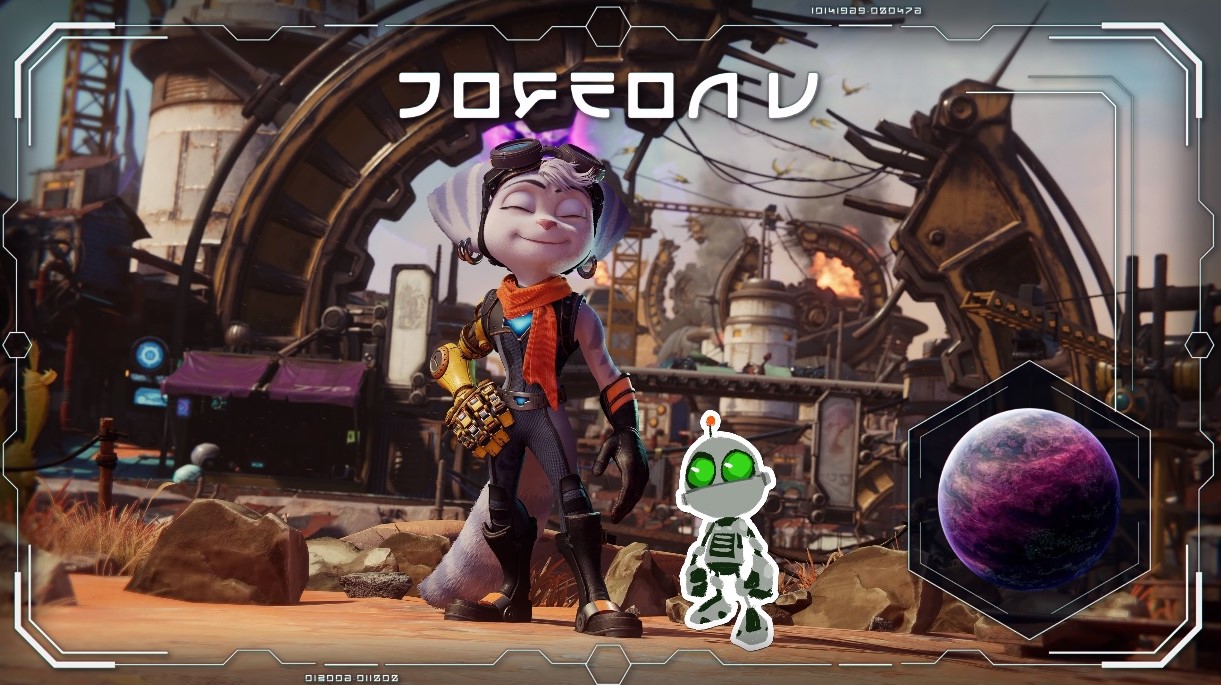 Photo modes might not have an impact on gameplay in the slightest, but their massive popularity in games is easy to understand. Ratchet and Clank: Rift Apart is looking to capitalize on that popularity, and will be the first game in the series to feature a photo mode. Changing Ratchet or Rivet’s armour sets, using stickers and frames, various filters, and much more are promising a very customizable photo mode. Insomniac’s games have delivered excellent photo modes of late with both Marvel’s Spider-Man and Marvel’s Spider-Man: Miles Morales, so we’re definitely excited to see what the developer cooks up this time with Rift Apart.