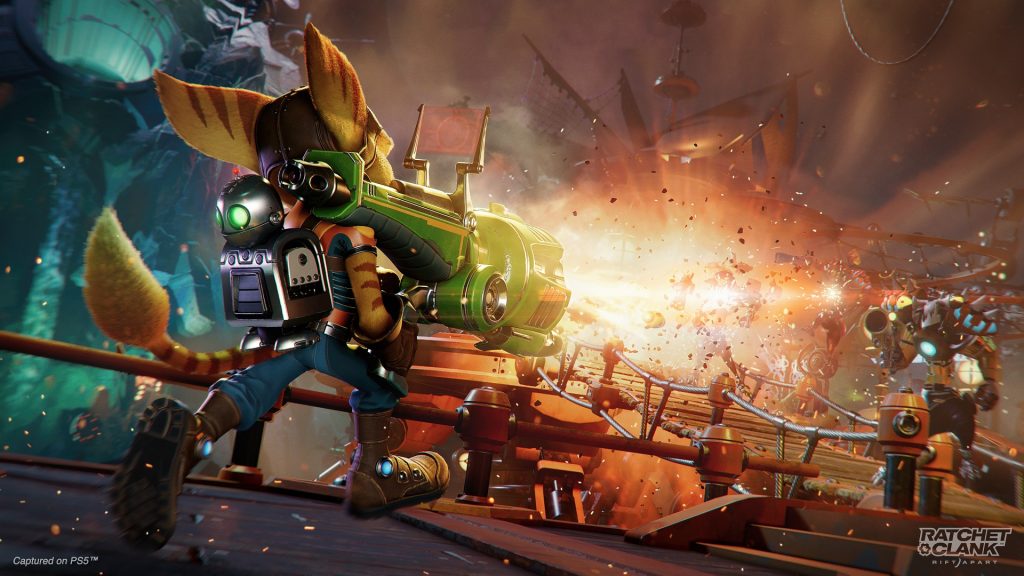 Earlier today, it was confirmed that Ratchet and Clank: Rift Apart debuted on top of the weekly UK retail charts. Now, GamesIndustry’s Christopher Dring has provided more data for its impressive launch on Twitter, thanks to data provided by the Gfk. Keep in mind that all of this only takes into account physical sales.

Ratchet and Clank: Rift Apart has enjoyed the second biggest launch for Ratchet and Clank game to date in the UK, in terms of units sold. It trailers behind the 2016 remake for the PS4, which, as Dring points out, released for a console with a significantly larger install base and was sold at half the price of Rift Apart. When compared to the 2009 PS3 title Ratchet and Clank: A Crack in Time (which was the last new full-fledged release in theseries), sales are “well ahead” for Rift Apart.

Meanwhile, in terms of revenue, Rift Apart is the most successful launch in the UK in series history, earning “far more money” at launch than any other previous Ratchet and Clank game, though once again, as Dring points out, the game is being sold for a higher price, which must have had some impact.

Finally, Ratchet and Clank: Rift Apart is also the second biggest launch for a PS5 game in the UK so far, ahead of the likes of Assassin’s Creed Valhalla and Resident Evil Village. It is second only to Insomniac’s own Marvel’s Spider-Man: Miles Morales.

Rift Apart definitely deserves its success. In our review of the game, we called it “the best game in the series to date.” Read our full review through here.

Ratchet & Clank: Rift Apart is the second biggest UK launch for a Ratchet & Clank of all time. It's behind the 2016 PS4 remake, which was half the price and on a console with a bigger install base. But well ahead of PS3's 'A Crack In Time' (thanks GfK) pic.twitter.com/0sGUs5RwT4

It is the 2nd biggest PS5 game launch so far (boxed sales), ahead of Assassin's Creed Valhalla and Resident Evil Village. Spider-Man: Miles Morales remains No.1, which is made by the same developer. Insomniac is responsible for the two biggest PS5 launches in the UK so far (GfK) pic.twitter.com/3098pYV8vM