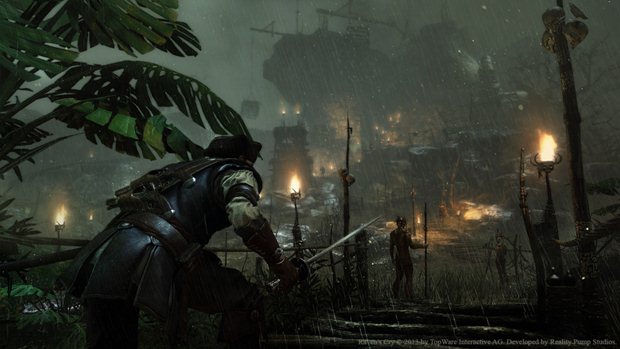 Why was it delayed again? The developer stated that, “We had hoped our dark pirate epic would be ready in time for the Holidays, so those of you who buy it could put it under the Christmas tree. But we’re not willing to rush things make any compromises with this project, so we decided to give this complex RPG adventure a little bit more time to make sure all the blades are nice and sharp, so to speak.

“We owe it to our fans, who have been waiting a long time for a such an exciting pirate experience.”

Raven’s Cry was supposed to arrive in 2014, having been delayed multiple times and arriving in late November. We’ll see how it works out when it eventually releases but as of now, its troubles only seem to be mounting.