Everything you need to know about Raven's Cry. 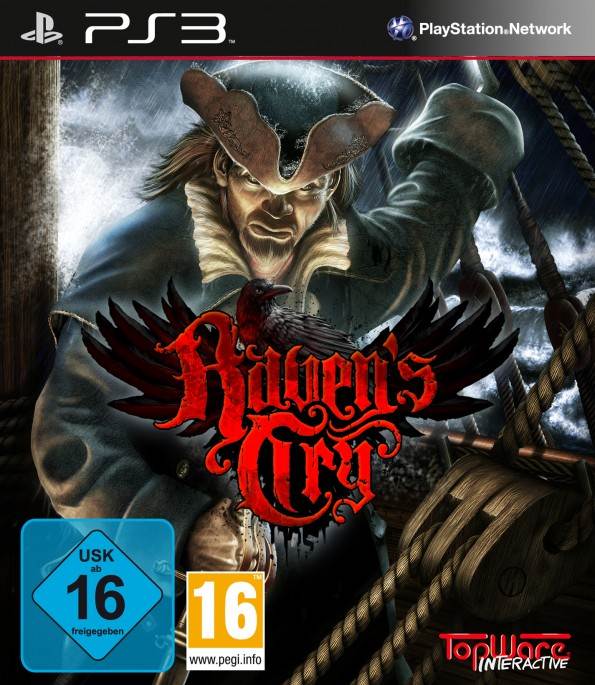 The title is currently set to be released on May 7th of 2014 on Microsoft Windows, Xbox 360 and PlayStation 3. Despite a Microsoft Windows planned release of Raven’s Cry, there’s no official statement referencing a digital download option yet, meaning until confirmed otherwise the title will only be available at retail. Despite the claims that the game will feature a combination of fictional Pirates as well as their real life counterparts, it will retain a historically accurate portrayal of the ruthless seafaring rogues.

Christopher Raven is a young Scottish citizen who boards a ship alongside his family in hopes of travelling to the new world (most often American shores) to escape the famine of the later stages of the 17th century. Somewhere near Jamaica their ship came under attack and Christopher (now missing his left hand) is left behind as the only survivor of the attack. This is this basis of his journey across the high seas in pursuit of those who killed his family and left him for dead. Thus begins the vengeful tale of Christopher Raven.

The main story component of Raven’s Cry is divided into individual chapters. The player (Christopher Raven) will be hacking and slashing his way through enemies with blades, engage foes at long range through the use of period accurate flintlock weaponry and make use of a Raven Familiar whilst travelling  through a variety of environments ranging from the stereotypical  port towns of the Caribbean all the way up to the richly antiquated lands of the Aztec people. 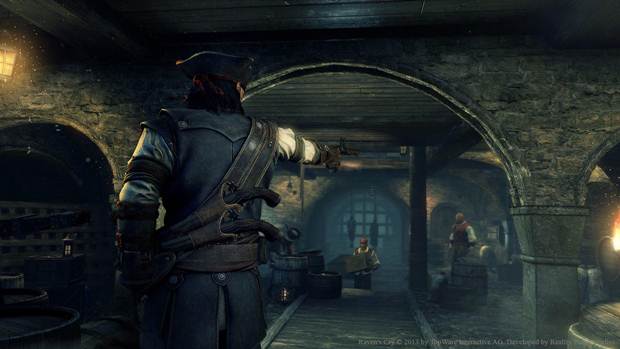 Christopher, (who lost his left hand after being left for dead in the aftermath of a Pirate attack somewhere in mainland Jamaica) has had his missing hand replaced with a hook and makes use of the Raven Familiar to scout the area for enemies. The game also makes use of a number or role playing game mechanics, these include a morality system, numerous and a variety of side quests. The world you’re travelling through will change how they act towards you in accordance with the nature of your crimes and/or conquests.

When Christopher kills enemies he will accumulate a combat resource known as “fear”, this can be used to intimidate enemies and scare them away, or saved up to use a super attack, an apparent downside is that if you don’t scare off everyone in the vicinity, they will all become hostile towards you. Notoriety is a system and gameplay mechanic that works identically to that found in Assassins Creed. Notorious crimes (murder, senseless violence etc) will result in your notoriety going up, this will in turn impact how the natives and locals of the areas you visit will treat you and react to your presence.

Players can expect to encounter Navy Battles when upon the seas and even participate in one on one duels with certain characters in a battle to the death. Originally (before the game was further refined), players would have made use of various weapons that spanned the 17th century including the Axe-rifle (effectively a 17th century Gears of Wars Lancer) and a Sword-pistol (not to be confused with the ballistic knife), it’s actually a knife with a revolver like weapon attached to it. Christopher could also make use of a number of Pirate charms that would have conveyed special abilities, like invincibility, summon ravens to attack the enemy (similar to the rats in Dishonored), boost your speed and the strength of your attacks and even cast some magical abilities. Sadly however this has been changed, magic has been cut from the game to help the game keep a more historically accurate theme. These cuts also include the axe rifle amongst other “fancy stuff” that was part of the original concept. With that being said, historically accurate weapons will still allow the player to engage in swash buckling fights with their opponents.