Ubisoft expands the range of platforms for their delayed platformer.

FNAC Spain has recently sparked rumours that Ubisoft’s Rayman Legends could be arriving on the PlayStation Vita, thanks to a recent online listing of the game. A screenshot of the same can be seen below. 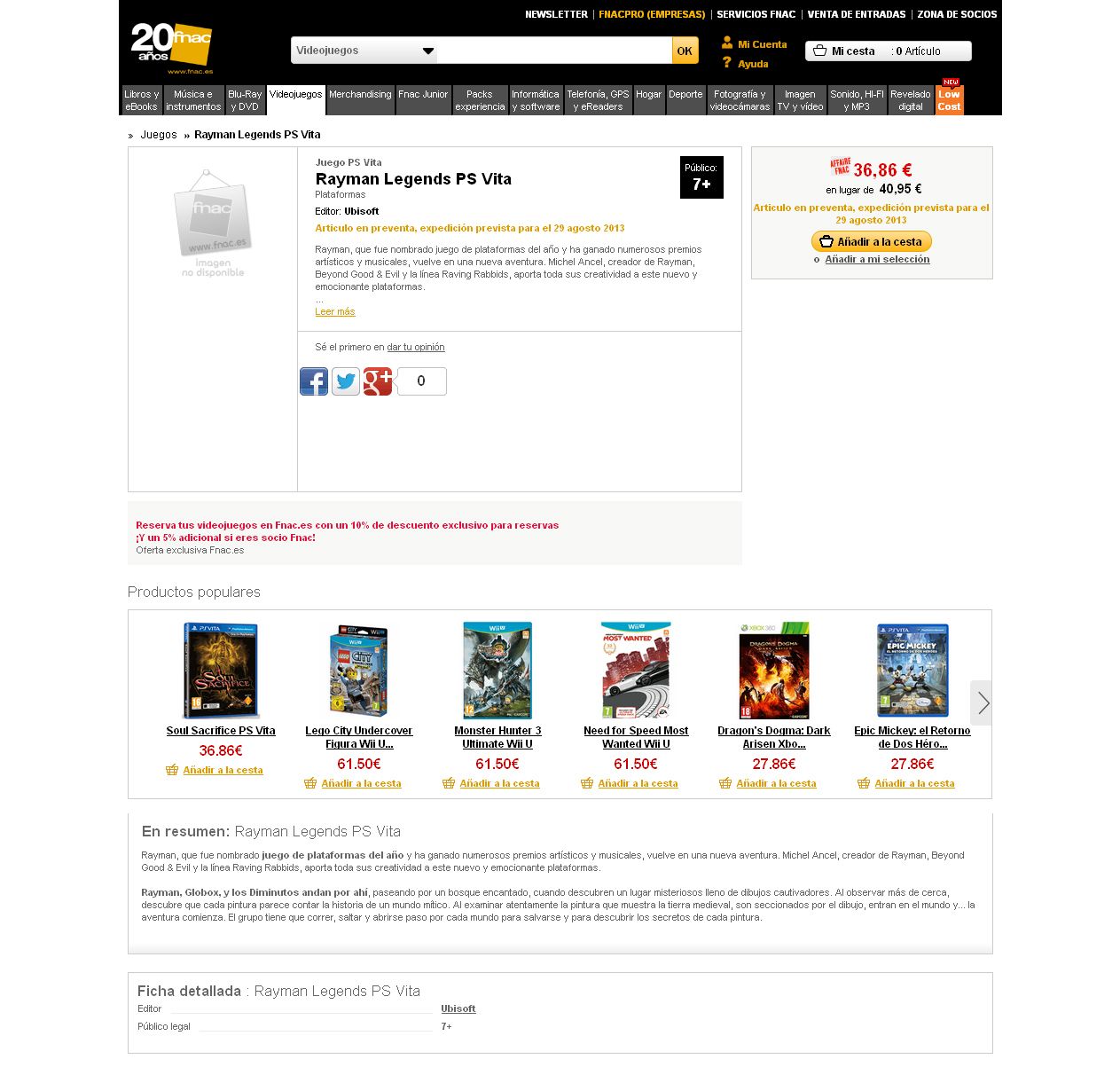 Rayman Legends, originally set to release exclusively for the Wii U, but Ubisoft made the announcement earlier this year that the game would be arriving for PlayStation 3 and Xbox 360 as well with all three version releasing simultaneously on September 27th.

The news was taken rather badly, from the developers to Rayman creator himself Michel Ancel all expressing annoyance since the Wii U version is already finished. And let’s not get to the fan reactions.

With the amount of extra time, all three versions will reportedly feature more content including new levels and enemies, with the Online Challenges mode releasing free for Wii U. It also appears they’ve been able to squeeze a Vita version into the scheme as well. Let’s see how well it all pans out for the publisher.