The portable version of Ubisoft's platformer is now available. 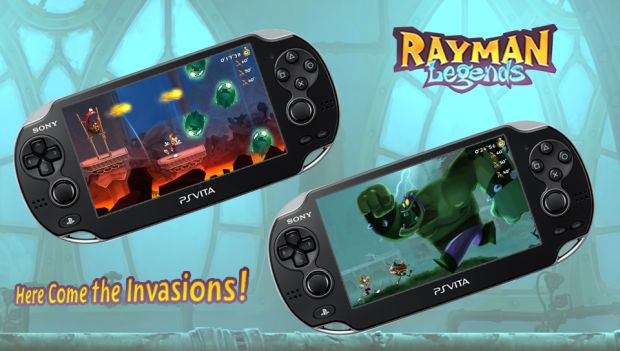 Rayman Legends is now available for the PlayStation Vita, and Ubisoft has also announced a patch for handheld owners that allows them to download the 28 Invasion Levels, which involve you avoiding traps and enemies in order to reach the finish line within the allocated time. With this patch, you’ll now be able to rescue a total of 700 Teensies.

Developed by Ubisoft Montpellier, Rayman Legends is the follow-up to Rayman Origins and sees Rayman and Globox return to fend off a new range of nightmares. It uses the new UbiArt Engine, which adds a brand new aesthetic to the proceedings, and adds a new character Barbara.

The game was also subject to much controversy following its initial delay when it was set for release on the Wii U. It’s also available on the Xbox 360, PS3 and PC, with the Wii U version featuring exclusive GamePad features for a fifth player to assist their team.