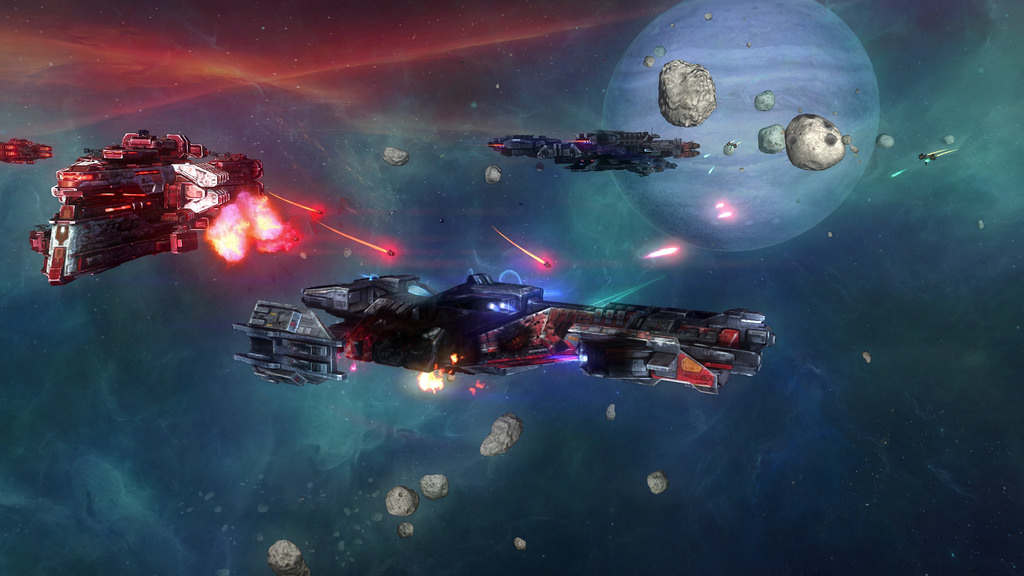 Good news, loot grinding RPG fans: Double Damage’s Rebel Galaxy is out now on Steam. This is the first game from Eric Schaefer and Travis Baldree, the former co-founding Blizzard North and bringing about the Diablo series while the latter created Fate and Mythos, two awesome action RPGs created with former Blizzard employees. They even worked together as part of Runic Games and created the Torchlight series. So yes, this is kind of a big deal.

Rebel Galaxy isn’t your typical action RPG, hack and slash – or in this, blast and smash – sci-fi title. Instead, it offers a wide range of ships to upgrade, tons of missions to complete and the option to forge your own path in the galaxy. You can choose to trade, forge alliances or just make everyone your enemy. The choice is yours.

You can pick up Rebel Galaxy today on Steam where it’s being offered at a 10 percent discount and it’s also expected to arrive on consoles in the future. For more information on the game, check out our interview with Double Damage.