The entire package, which doesn’t include the game, will retail for $99. 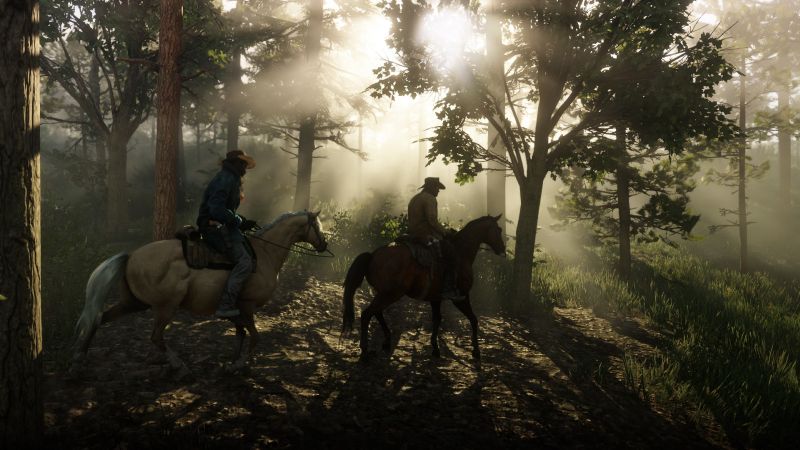 For all you Red Dead fanatics out there, this is probably going to be exciting. GameStop have revealed a Collector’s Box tied to the upcoming Red Dead Redemption 2 that will be sold at their stores exclusively. The package doesn’t include the game, that has to be bought separately, but it does include a lot of goodies that might appeal to the Red Dead Redemption fan inside of you.

Starting things off on a strong foot, all of it will come inside of a metal tithing box with its own lock and key, so that’s instant Van Der Linde gang vibes right there. Inside the box will be a treasure map that will reveal locations for treasure inside of Red Dead Redemption 2’s game world, a six shooter bandana, a deck of playing cards with full illustrations of top members of the Van Der Linde gang (Dutch, Marston, Williamson, Escuella, and others), as well as a double sided 100-piece wooden puzzle.

In addition to that, the Collector’s Box will also include a collectible challenge coin, a set of six pins that will each feature representations of different weapons in the game, the Wheeler, Rawson and Co. Catalogue, a 150-page guide to weapons and clothing purchases in the game (which is also an exact replica of the book that’s featured in the game as well), and 12 Cigarette Cars, which are replicas of collectible cards that can be found in the game as well.

You can pre-order this box through the link provided above. It’s being sold for $99. Once again, though, remember that this does not include the game itself- that’s a separate purchase. As for the game itself, we recently learned that it features the largest world that has ever been created by Rockstar, which is saying a lot. A gameplay trailer was also revealed for the game recently, which revealed a ton of new details. Red Dead Redemption 2 launches on October 26 for the PS4 and Xbox One. 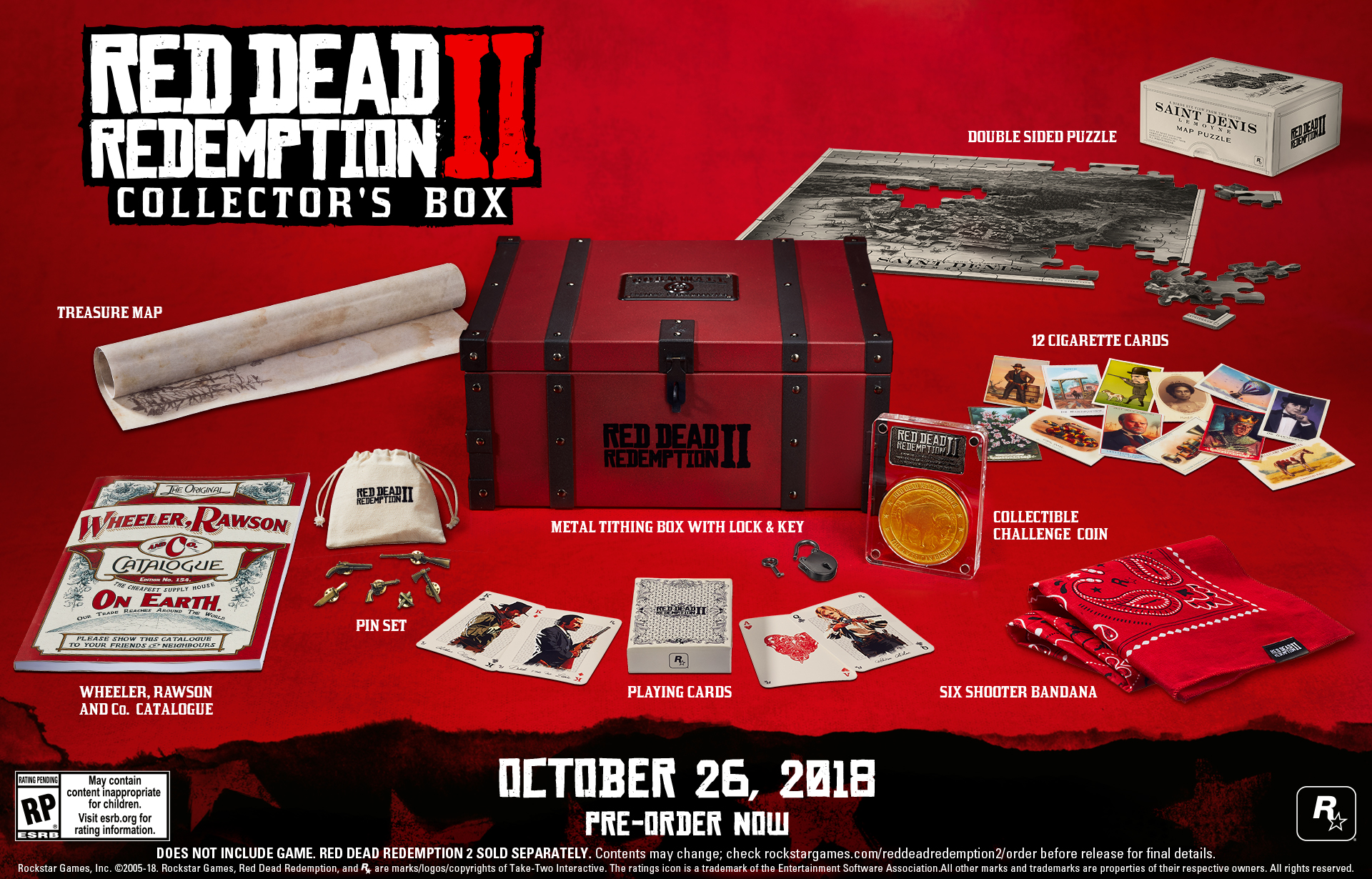