All the tips and tricks you need to get up and running in Red Dead Redemption 2.

Rockstar’s Red Dead Redemption 2 is now available and it’s absolutely jam-packed with things to do, places to see and crimes to commit. Given the amount of detail in the game, there are plenty of details that might not be completely obvious or well-explained. So let’s take a look at a few features that the game doesn’t tell you about, from the in-depth and vital to the short and sweet. They may just make life in the Wild West a bit easier. 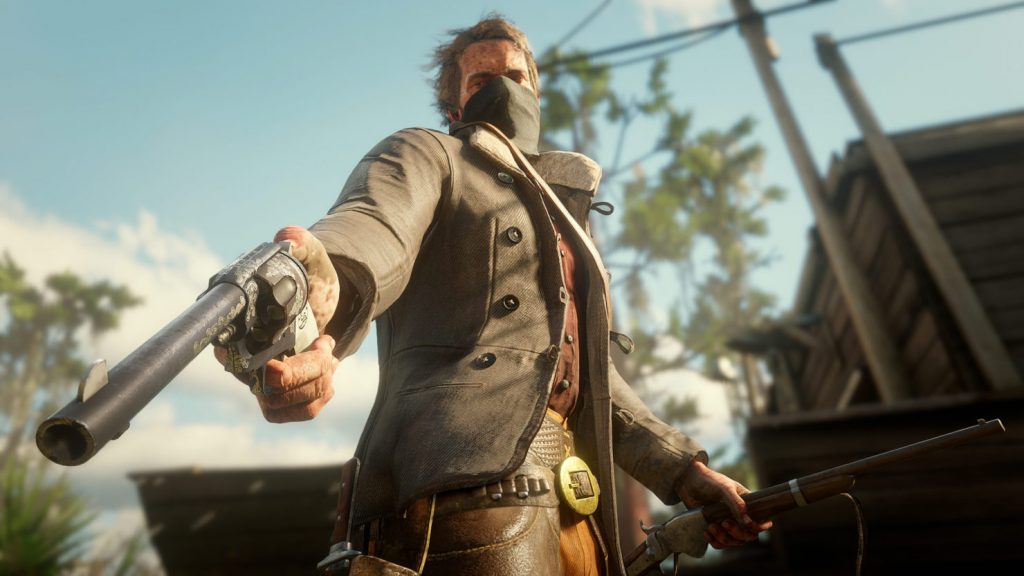 Yes, Red Dead Redemption 2 includes cheats. These aren’t cheats that need any additional DLC to unlock – they’re simply in the game. How do you access them? Head to the Settings menu and press Triangle or Y. This will bring up the Cheats menu itself and you can press Triangle or Y again to input a cheat code. Many of the cheats are unknown from the outset and unlocking them requires knowing the right code phrase.

Some can be found in newspapers throughout the world. Purchasing the newspaper is required for unlocking the cheat in question so don’t count on saving a few pennies by just skimming the headlines. You also need to finish some story missions for these to crop up so there’s that. Other cheats can be found in the world itself like graffiti on walls in train tunnels, etchings in drawers and much more. Keep in mind that activating a cheat will prevent Trophies and Achievements from being unlocked while also preventing you from saving campaign progress. If you really want to break the rules that bad, make sure you’re prepared beforehand.

Smoke trails can be found throughout the world and indicate something potentially interesting at the location. Find the campfire in question and you could happen anything from gangs that want to fight to travelers with interesting stories. There may even be the odd stranger or two who provides supplies and hints on certain places. If you’re traveling out in the wild and want a bit of spice in your exploration, follow the smoke trails. Stock up on ammo just in case things turn ugly. 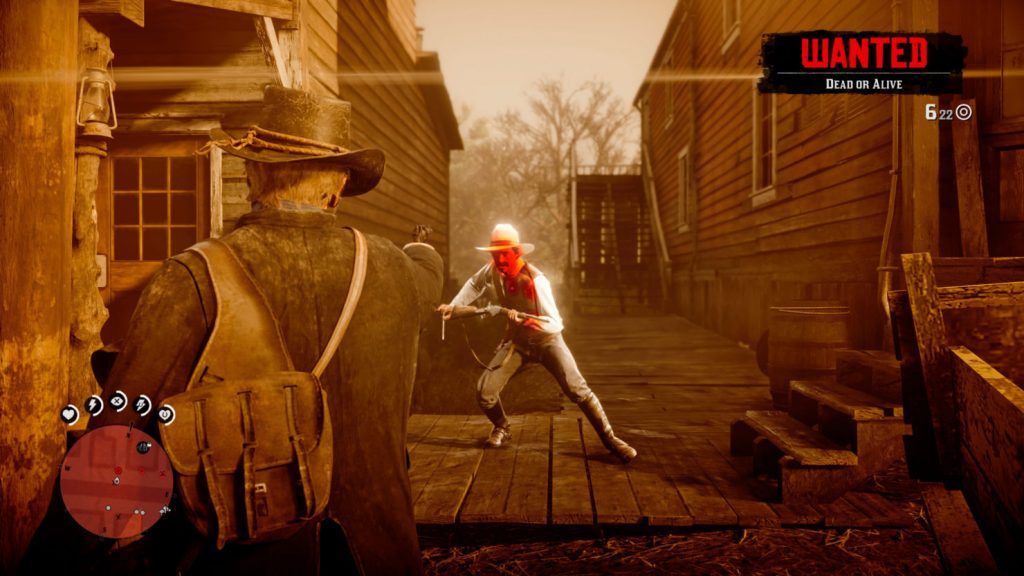 The Dead-Eye system returns in Red Dead Redemption 2 and has its share of tweaks. Along with slowing down time and automatically marking enemies to kill, it can highlight critical spots on targets (which is especially useful for hunting). The system behind maintaining and replenishing Dead-Eye is a little complicated – you won’t be able to pop it every single chance you get. To maximize Dead-Eye’s use, try using it for targets at long range and aiming near the enemy beforehand. This will save time spent in the mode.

Since you’re part of a gang of outlaws, it’s a given that being identified, especially by the law in towns, is a bad thing. Solution? Use the bandana. While it’s good for hiding your identity when committing crimes, the bandana also keeps you safe when walking through town even if there’s a bounty on your head. You can’t keep it on all the time, however, since some NPCs won’t want to talk to your half-covered face. This makes sense, though how law officials and bounty hunters can’t identify Arthur by other distinguishing features is beyond us.

Managing the two of the three cores for Arthur Morgan, namely health and stamina, depends on eating, the number of meals per day and the kind of exercise he’s getting. Depending on how you handle these things, it’s possible to have three different weight types – Average, Underweight and Overweight. Average, as the name implies, means your health and stamina are even. Underweight can be achieved by running and other physical exercise along with eating less. Your stamina will increase but you’ll take more damage as a result. Overweight provides less stamina but allows for withstanding more damage. Eat a lot, exercise as little as possible, and you’re good to go.

As expected, enabling fast travel in Red Dead Redemption 2 takes a bit of work. Though you can get around by buying tickets for trains and hiring stage coaches, it’s possible to unlock fast travel from your campsite as well. First, you need to save up $550. Then you need to purchase “something comfier” for Dutch’s tent which costs $220.

Finally, Arthur can unlock a map for his tent at $325. You can then fast travel to any previously visited towns and settlements from your camp. Once out in the wild, using the Cinematic Camera and holding down the Run button will see your horse travel along the current road. However, continuously holding down the Run button after this isn’t necessary and you can thus have a nice a cinematic journey while auto-traveling to your next location. 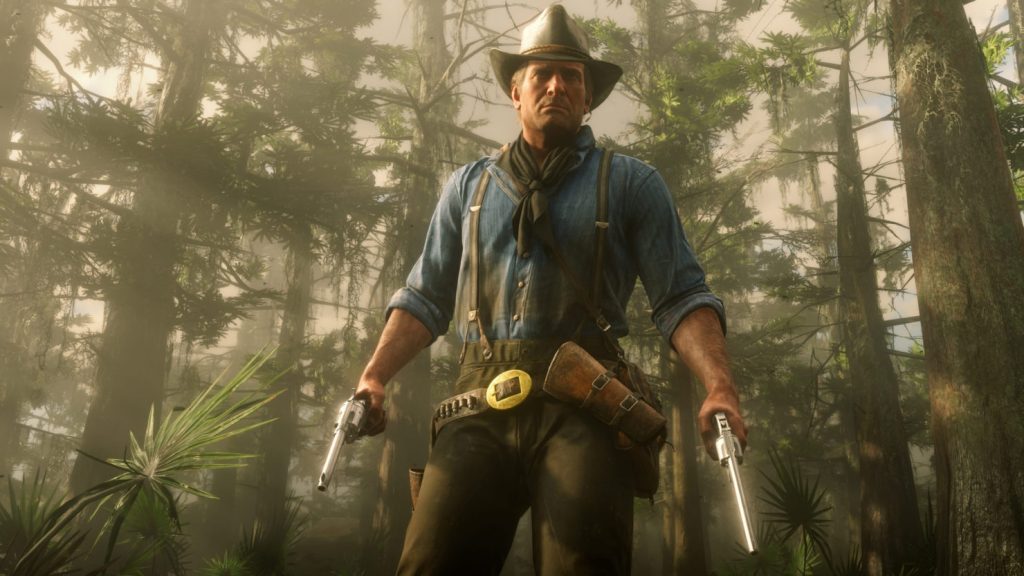 Holding down the Run button in Red Dead Redemption 2, especially when you run around constantly, can be a bit tiring. Or maybe not. Either way, you can change a setting in the Controls menu and simply hit the Run Button once to initiate sprinting as opposed to holding. It’s a small thing but one that may improve your marathon sessions ever so slightly.

Your hub campfire has a multitude of uses but most importantly, it’s the best place to rest. Finish a mission, hold down Triangle or Y and take some rest (don’t forget to eat while there as well). All your cores will be replenished, allowing you to enter the next mission with full health, stamina and Dead-Eye meters at the ready.

The D-pad has some pretty interesting uses throughout Red Dead Redemption 2 especially while aiming. Tapping up on the D-pad will cause Arthur to aim his gun in the air, which can be fired to either disperse animals or intimidate NPCs. However, if you tap left on the D-pad while aiming, you can switch shoulders. So if you’re not comfortable aiming from the right shoulder, just switch to the left. This is good for checking corners when exploring different interiors as well. 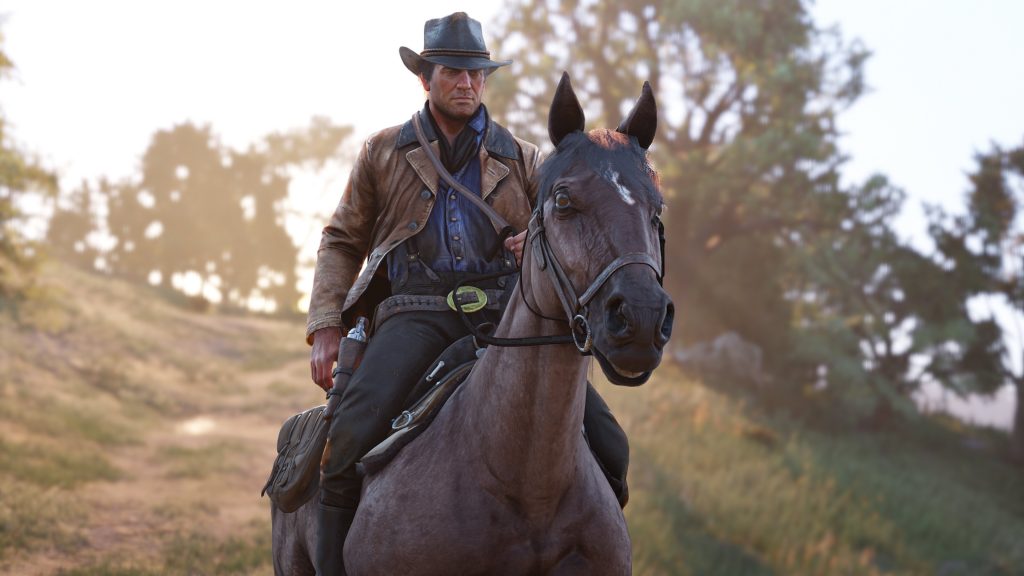