It seems that a rough first quarter has caused Red Dead Redemption to be delayed until a now, “promised” May release. Rockstar noted on their website: 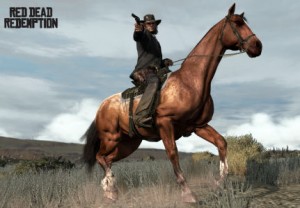 Hopefully they will stick with this release date. With the huge amount of pre-orders and the major hype that is arising over this game, It’s a wonder why they had the fear before of their game being a flop.

“With Red Dead Redemption, we felt that these extra few weeks will make a big difference in helping us deliver you an experience beyond your expectations.”

Which, from Rockstar, is a good sign as their games have been amazing in the past with selling many copies than the competition and the replay value of their games hasn’t let me down yet. Well, I am not about to let a simple 3 week delay discourage me into doing something drastic…like canceling my pre-order!