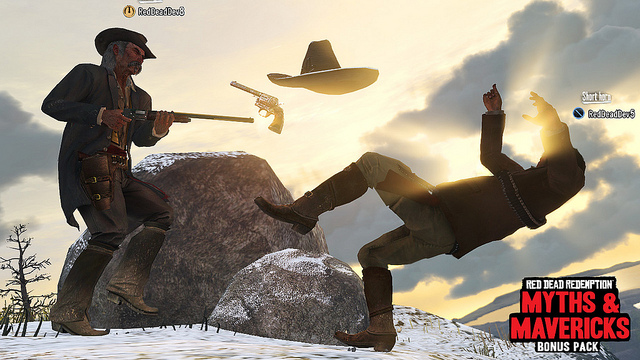 With the new free DLC going live tomorrow, (September 13, 2011) for Red Dead Redemption, a patch has gone live to fix some things including the gambling exploit to make you one rich cowboy.   This DLC is entitled ‘Myths and Mavericks’ and in center on multiplayer.  The latest patch for Red Dead Redemption, now live, has fixed all the following issues in the game: