Given how the market is inauspicious to new AAA video game franchises these days, it’s simply intriguing that Capcom and Dontnod Entertainment went through with Remember Me. Not many publishers would have approved an unknown IP and that too so close to the end of a console cycle. One must simply applaud Capcom for taking the risk because Remember Me is a fantastic enactment.

The player takes up the role of Nilin who has the ability to hunt for other people’s memories and shape them as she sees fit. At the beginning of the game, Nilin finds herself trapped in MEMORIZE, an organization that specializes in storing people’s memory using a technology called as SENSEN. However she makes her way out with some help from Edge, the leader of a rebel group called as the “Errorists”. While it’s an intriguing enough start, the plot loses steam as the player progresses through the fairly long single player campaign. As such the story is present for name’s sake only and provides little motivation for the player to learn more about the characters involved in the game. 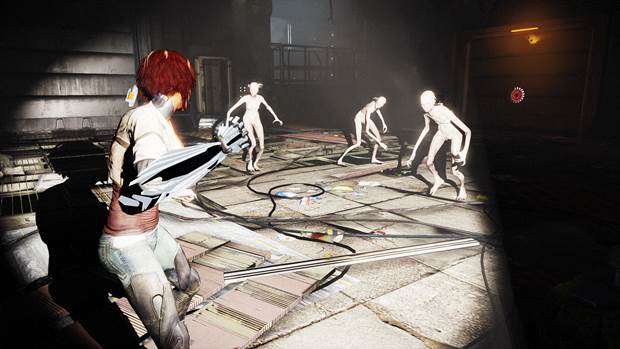 One of the first things the player will notice about Remember Me is how opulent it looks. The game is set in Neo Paris in the year 2084 and certain locations like the Eiffel Tower have been accurately captured. Although you can only view them from a distance, it still adds to the overall experience and many times I found myself simply standing and admiring the outright beauty of the game (especially on the PC with maximum settings enabled).

Remember Me is running on Unreal Engine 3 and unlike other titles, it makes paramount strides in the visual department. In a city such Paris, the present state serving as an aesthetic template for the future, things need to look sublime and otherworldly. The proper combination of red, yellow and blue colors along with the help of high-dynamic-range lighting truly brings the game alive, and we wouldn’t be surprised if Vincent Van Gogh’s Starry Night served as an artistic inspiration for the game’s visual design. Real time local reflections and highly detailed character models go a long way in immersing the player. Honestly, Remember Me by far is one of the best looking games I have played this generation.

As mentioned above, Nilin is a memory hunter she can manipulate a person’s mind to her advantage. The player can enter the mind of an individual and during that particular stage, interact with nearby objects to change the outcome. The player can also reverse or forward the entire piece of memory and try out different combinations of the objects to achieve the desired results. The concept is unique and the execution is near perfect. Dontnod have ensured that there aren’t too many memory remixing sequences so that the game doesn’t get bogged down. 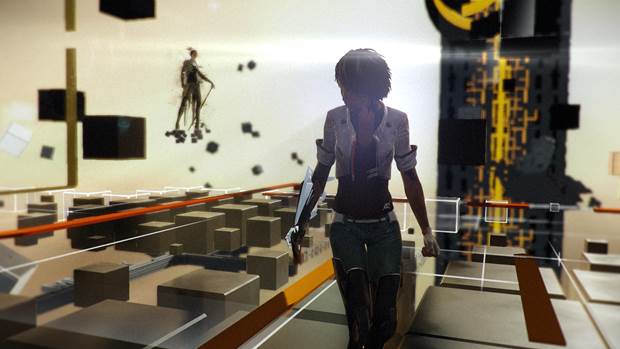 Players can also steal memories from specific targets and kick off Remembranes which allows Nilin to see memories in real time. This feature is mostly used to get across hazardous locations or to synchronize the correct button combination. Some of the Remembranes require the player to understand the clues behind the memories. For example, a door can only be unlocked if the player is able to crack a clue given by a memorized soldier. Instances like this ensure that the Remembranes aren’t just filler but a befitting component of the gameplay experience.

Nilin can also perform special moves via the S-Pressen wheel. The Logic Bomb will deal damage to all enemies in the surrounding area and is ideal for breaking through shields. D.O.S. temporarily stuns all enemies giving the player enough time to land some hard-hitting blows. Nilin can also turn invisible using the Camo and turn enemy robots in to allies using the Rest in Pieces power. Once you use an ability, it will go in to cool down mode, indicated by a timer, before you can use it again.

The game also includes a skill system in the form of Pressens. However the developers have gone for a different approach as to how the player will acquire them. The Pressens are tied in with combos and as you defeat a set number of enemies you will continue to unlock them. There are four different types of Pressens in the game. For example, the Power and Regen Pressens will deal extra damage and help regain some of your health respectively. 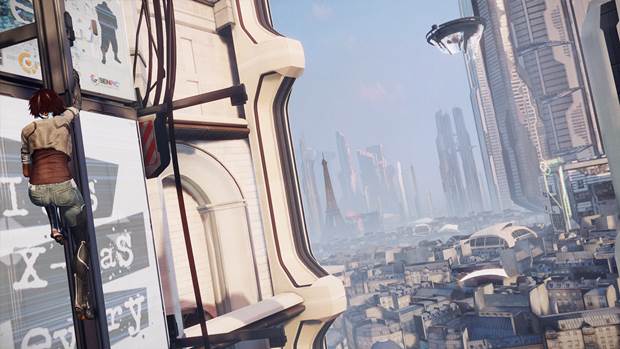 On the other hand Cooldown Pressen will shave off the cool down time for special powers. Chain Pressen will duplicate the previous Pressen’s effect in the combo chain. Using the Pressens above, you can then make your own hand to hand combinations. This is crucial especially in the case of a boss fight where there is a need for a quick cool down for your special powers.

Even though the combat sounds solid, it gets repetitive way too fast. At many points during the gameplay I felt the need to rearrange my combos simply because they were becoming pretty bland. It’s a shame that the combat feature had so much potential but instead ends up feeling like an add-on rather than a substantive part of the experience.

Having said that, Remember Me is a solid game which is backed up by exotic presentation and imploring set pieces. The platforming sections are also fun and memory mixing and manipulation is compelling. Truly worth a short vacation to Neo Paris, even if you won’t inspired enough to prolong your stay.

Combat gets repetitive after some time, plot goes no where.

With its immersive ambiance, unique gameplay mechanics and heart pumping sequences, Remember Me is the perfect way to kill your time.

A copy of this game was provided by developer/publisher for review purposes. Click here to know more about our Reviews Policy.
Tagged With: capcom, Dotnod Entertainment, pc, ps3, remember me, xbox 360