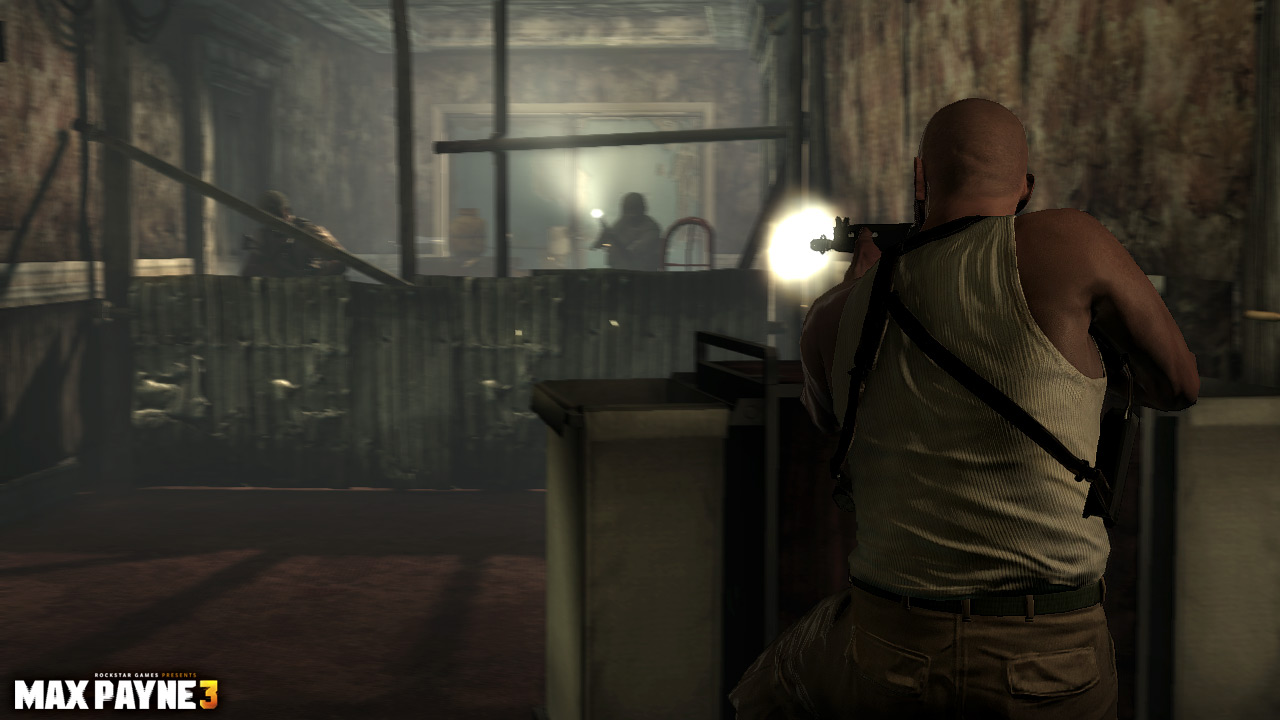 Rockstar announced earlier today that Max Payne 3 will be released in March 2012 for the Xbox 360, PS3 and PC. And its development is reportedly costing Rockstar a hefty $105 million. That’s… huge.

Sterne Agee’s Arvind Bhatia generated a table (pictured below) that calculates the expenditure of Max Payne 3’s development, and ultimately adds up to $105 million.

However, he also noted that Max Payne 3 will have to sell 4 million units to break even with its production cost.  “Although the break-even unit level for Max Payne 3 is likely high — probably in the 4M units range — due to its long development time, we think the title is highly anticipated and has potential for upside surprise.”

Have a look at the table below. 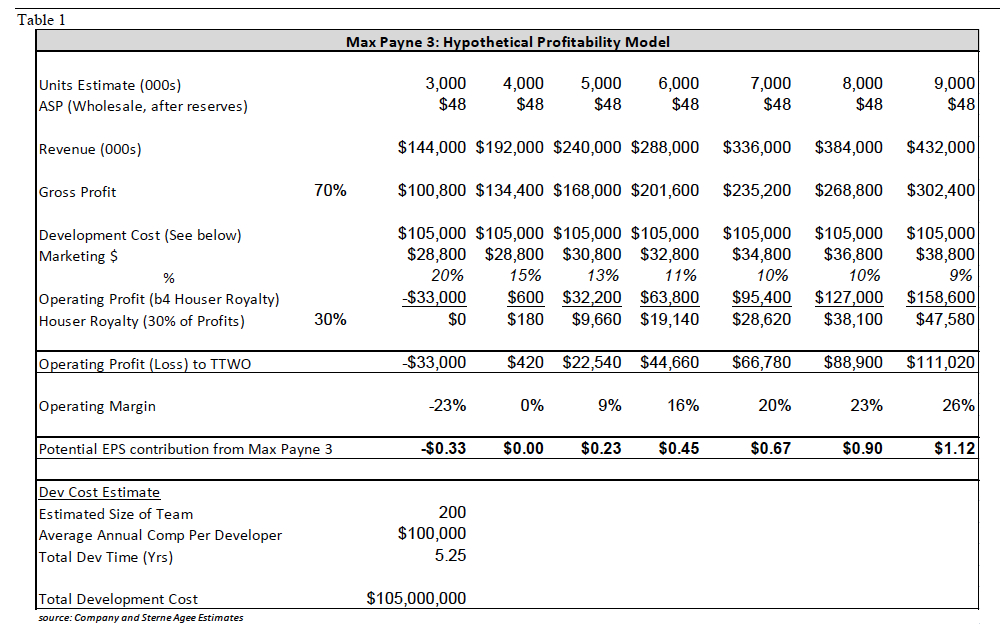 Clicki the image to view in full screen