REPORT: The Elder Scrolls MMO to be revealed soon 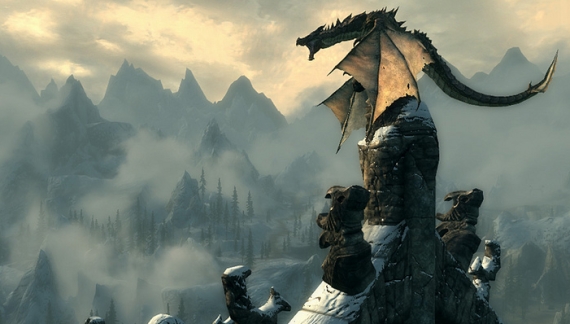 According to a new report on Tom’s Guide, an “industry source” says Bethesda will be announcing an MMO in The Elder Scrolls series this May. Fans have long been clamouring for an MMO set in the TES universe, and if this is true, they’re gonna go berserk.

The report says the game will be called The Elder Scrolls Online (how imaginative) and will be set “several hundred years before” the events of previous games of the franchise. The game will feature three factions, represented by crests of a lion, a dragon and a “bird of prey.”

TES Online will be given extensive coverage during E3 as well as Quakecon, where, according to the report, it’ll be sharing the limelight with Doom 4.

The report also points out that Bethesda’s parent company, Zenimax, is “currently working on an unannounced Massively Multiplayer Online Game (MMOG) title from its headquarters in Hunt Valley, Maryland.” The report didn’t mention any platforms, but we’re guessing it will be for the PC only.

It sure sounds legit, but we don’t know anything for sure. So stay tuned for future updates.