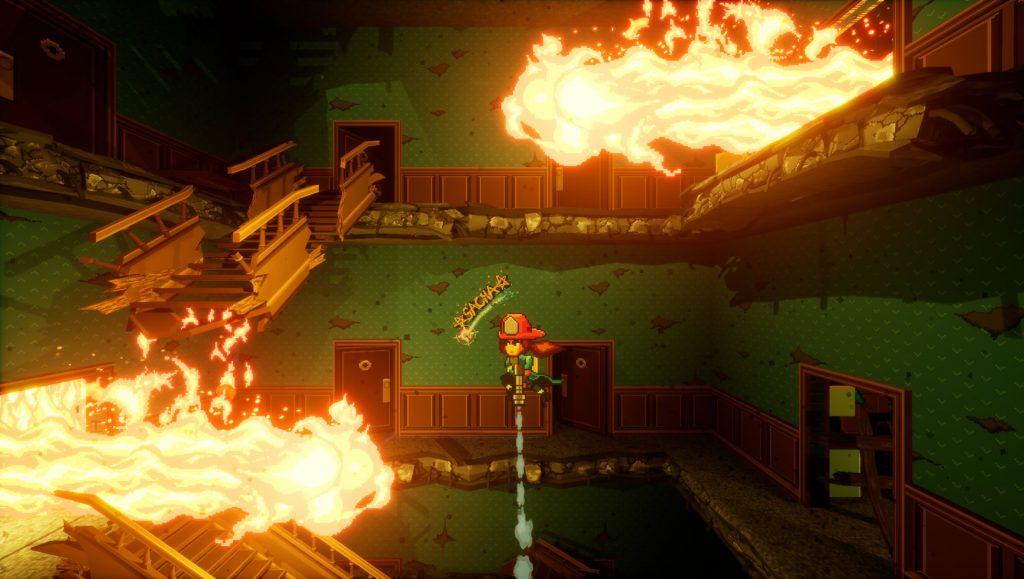 As a fire rescue officer, your job is to fight fires. Sounds simple enough but some of these fires can manifest as pyro-monsters while ruined buildings can make traversal difficult. Utilize an axe to cut down obstacles and a fire hose that also acts as a jetpack to effectively navigate your surroundings. In the meantime, you’ll also be revamping the local fire station, unlocking feats of bravery to extend rescue time and have more health, and much more.

It’s even possible to upgrade equipment and hire additional support. Firegirl’s pixel art characters mesh fairly well with its 3D environments and objects while the music is lovingly retro. Stay tuned for its release later this Fall.