Resident Evil 6 has made zombies boring.

Think of the most torturous, laborious task possible – one that is a very exercise on your part. Now split it into three parts, each more cunningly frustrating than the other. Each and every section is a ploy to break your soul. Monotony and boredom set in, as you perform the same tasks, hoping something fun and exciting will happen, while fondly remembering better times.

It’s all on rails, so you’re just along for the ride, but couldn’t it have been more fun somehow? Rides are fun right? And then when something interesting – not fun, or exciting, or new – happens, it doesn’t seem worth all the work it took to get there. Now imagine this task is a game and that game is Resident Evil 6.

Of course, there’s an unlockable fourth scenario but we haven’t had the pleasure to torture ourselves with that. 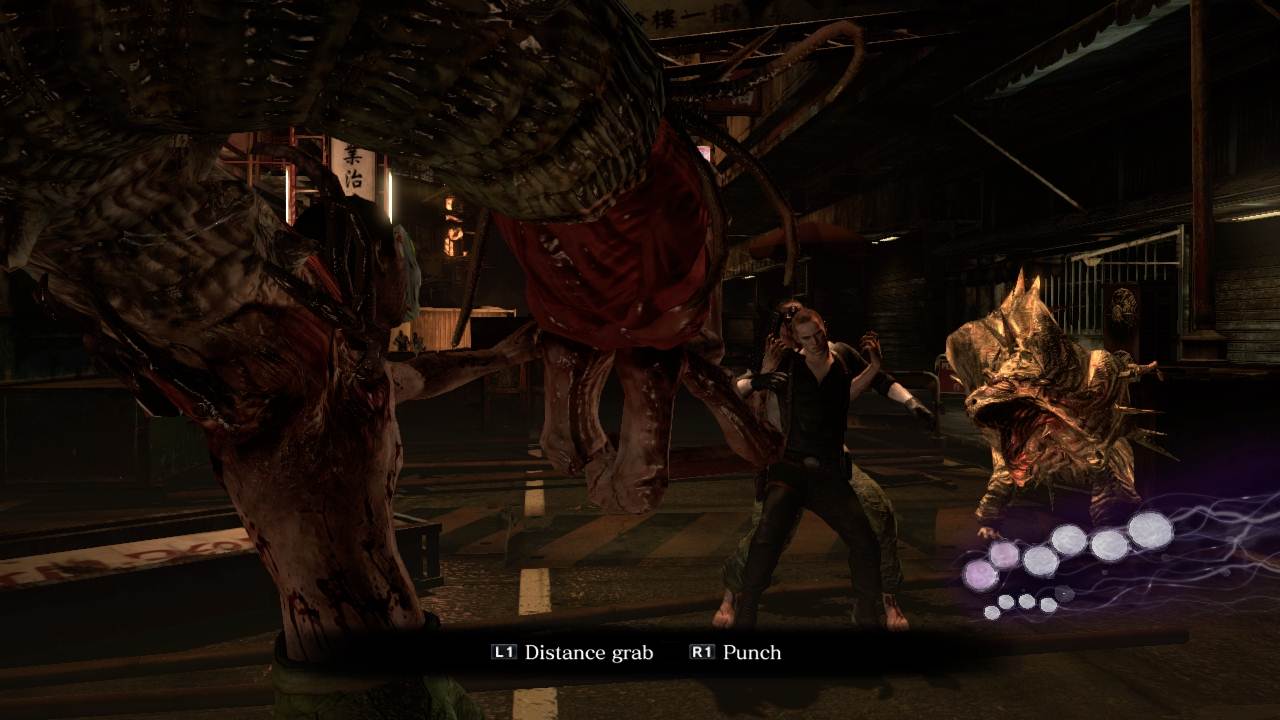 Let’s skip the pleasantries: This is a leaner, faster, more combat-heavy Resident Evil. You throw down as often as you exercise those fisticuffs (or kicks. Everybody has to have a kick). We recently got a chance to sit down with a preview build, which is much like the recent demo but adds an additional chapter to each character. Of course, the total number of playable characters is doubled, since each character has a co-op partner.

You can choose from former RCPD officer and US Special Agent Leon Kennedy and the mysterious Helena as they traverse a city struck by the same zombie apocalypse that Raccoon City faced. Or you can mix it up with Chris Redfield, now leading his own special team in the fight against Neo-Umbrella terrorists and mercenary groups, and his close compadre Piers. Finally, there’s Jake, a genetic anomaly with the same abilities of series antagonist Wesker. He’s joined by Sherri, whom Claire protected during the Raccoon City incident and now working for the UN to combat the global bio-terror that’s been unleashed.

Leon’s campaign feels like an uneasy mashup between Resident Evil 4 and Resident Evil 2, with some church spanning puzzles and precision aiming required as you face off against zombies. Jake’s is slightly less easier to put a finger on, but despite what trailers have told you about his fighting skills, don’t ditch that handgun just yet. Chris’s campaign feels an attempt at a tactical military shooter, only with mutated enemies. Everyone’s campaigns intersect at different points, so you’ll be tagging along with more than one AI partner. 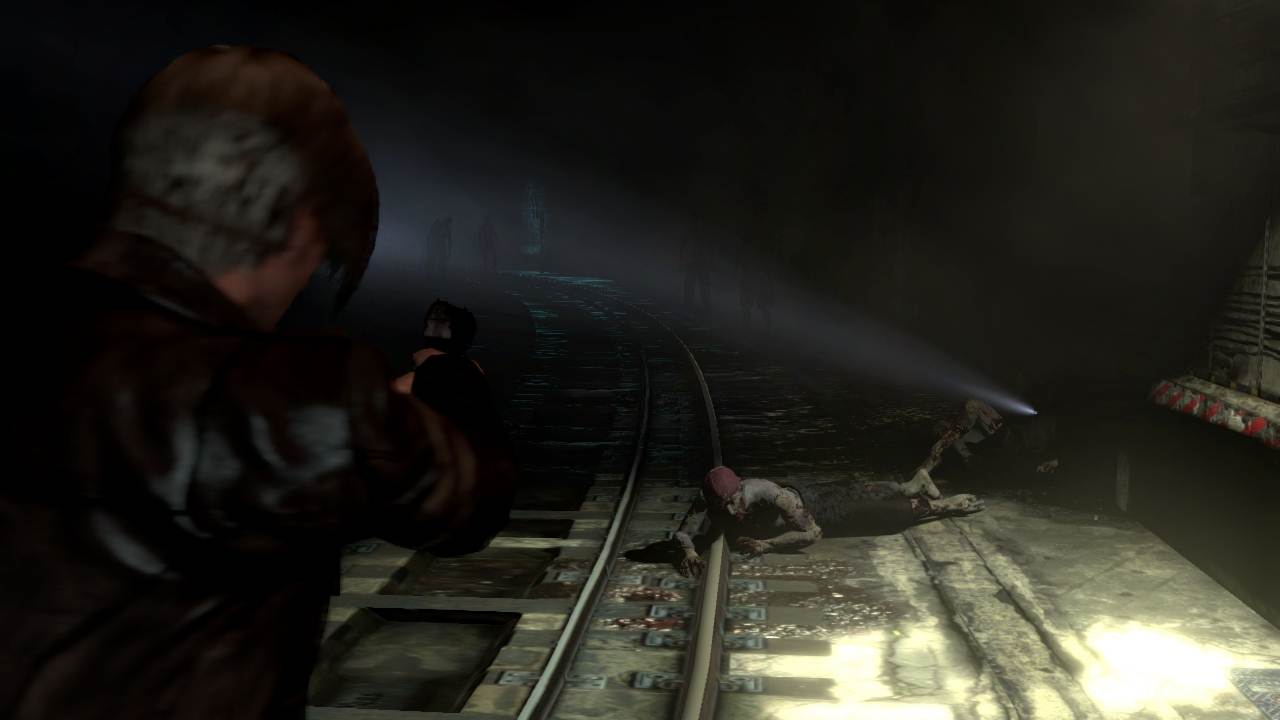 Of course players are tossed right into the muck of things, the story filling us in along the way. Because explosions and guns and Jake kicking stuff, rawr! This is what English-speaking audiences love right?

And we haven’t begun espousing on what’s wrong with the game.

To start with, the control system has been revamped to make basic movement, aiming and melee attacks faster. The problem is, it’s still the same camera perspective of RE4 and RE5, just accelerated. That system was flawed because it was too slow, but the game itself adjusted accordingly, never overwhelming you too often. Something Resident Evil 6 is only too happy to oblige with, and you’re encouraged to unload into enemies.

It’s like a third person action shooter with Resident Evil’s classic ammo management. When overcome by hordes of zombies or Javos wielding machine guns, accuracy isn’t usually easy to come by. The very nature of the zombies, who can now run and leap at you, alone encourages you to shoot first and aim later. And yet you’ll be running on empty most times, because hey, survival horror bitches. Deal with it. 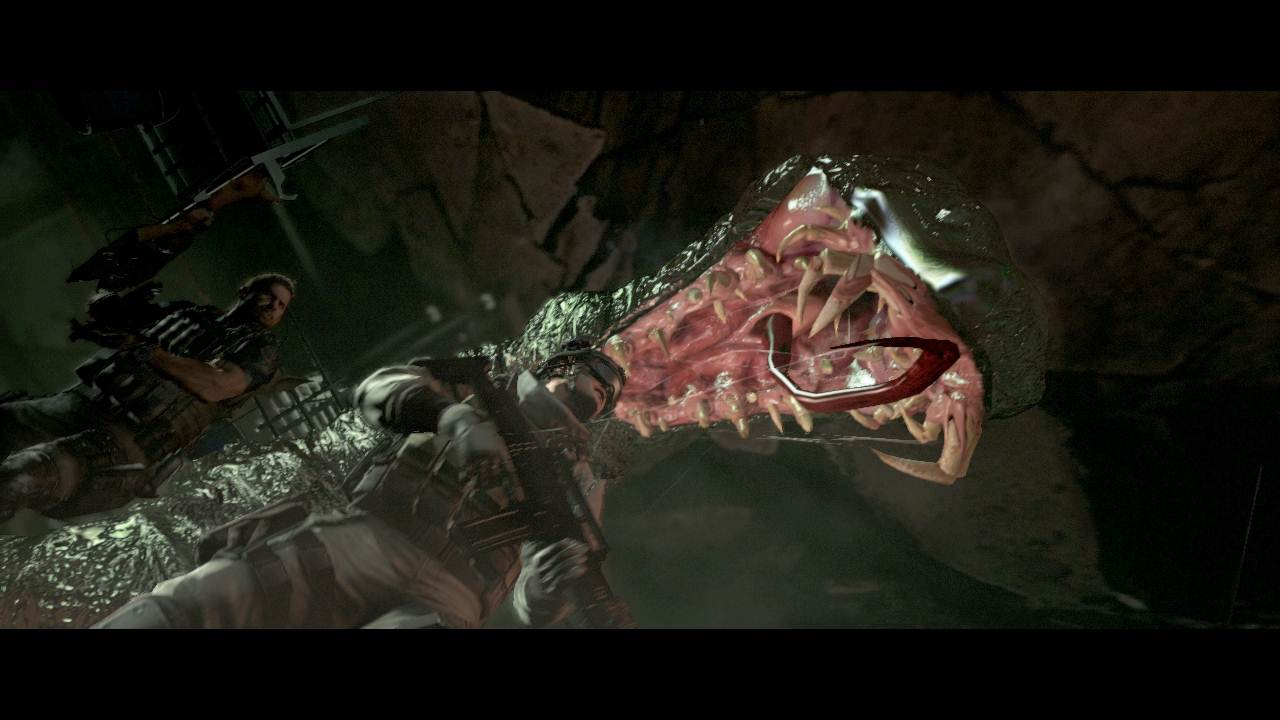 As if sensing it’d be an issue (nah, really?), Capcom totally revamped the melee system. You can now land a three hit combo, and destroy enemies in a single blow if they’re back is turned to you. The QTE kills are nice the first few dozen times, but then they’re just dull. The melee system itself would’ve been great, if you’d have considered that zombies take a million kicks to die. And you’ll often be hounded by groups of them, so have fun kicking each and every single one’s teeth in.

This confused me immensely about Jake’s campaign: He’s meant to be the bad-ass, anti-hero, who can bash enemies down with his hands. Yet, this is never fully exploited apart from him going bare-knuckle brawling and catching enemies with an uppercut for taking them off their feet. You’ll need to rely on guns, and the traditional Resident Evil system of “use the environment somehow, and unload all your bullets into him till he dies” when facing bosses. What happened to the clever, multi-tiered fights of RE4? What happened to the epic encounters of RE5? Why is this game now a Call of Duty title, but with Resident Evil characters, offering no frills and a linear, boring experience?

One could go on about the odd controls, wherein you need to press three buttons to crouch and aim from cover. One could elucidate on the long stretches of running, with failure making you retread the same empty hallways again and again. One could curse and scream at the real time inventory system, which encourages you to equip and item to a button to be able to use it. First-aid sprays are permanently mapped to the Up and Down direction of the Analog pad (with weapons accessible via the Left and Right directions) but they’re not as plentiful as the green herbs. And why must I re-equip a grenade if I want to toss another one? Maybe I have nothing but grenades left and I just want to spam my enemies with them – ever think about that Capcom? 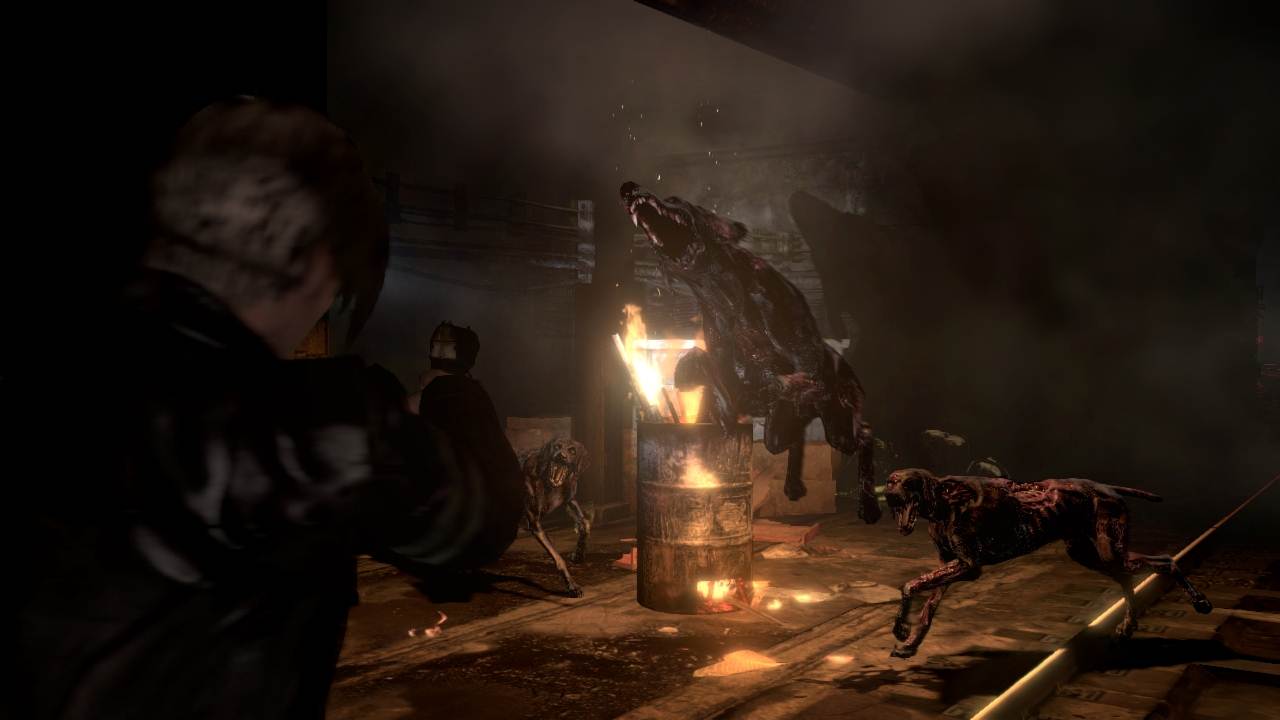 One could even call the puzzles we played pedestrian and at times, downright insulting. In the second chapter, I knew the solution to a puzzle involving two statues, but unless you read the sign, that tells you the exact same thing? Forget about ever progressing. Most missions feel like “annihilate everyone”, but end with “oh you just had to hold them off”. Could you chalk it up to the stupidity or passing the point where it would have been wise to trigger the cutscene advancing us forward, keeping track of the number of enemies killed rather than operating on some random timer that decides when we’ve had enough?

You could chalk it up to plain bad design, but I’ll go with stupidity.

There feels like so much lost potential in the game it’s not even funny. Every single thing about this game just cries “Why?” Words cannot describe how dull the graphics look. How we’ve arrived at such low-resolution textures and non-descript environments is beyond me. Same old Biohazard labs, same old decrepit church, same old open street, same old tunnels – it’s like barreling down the nine cantos of Level Design hell. And this is only two chapters per character. If one can get this tired of it so quickly, what will that speak of the final game?

The story is badly voiced and scripted. Characters seem to point out the obvious every single effing second. None of the new characters are memorable. None of the old characters are as endearing. And all of that pales in comparison to Capcom’s decision to give Ada Wong a backstory.

Resident Evil 6’s most fatal flaw can be defined in one line: Capcom doesn’t want to keep making the same Resident Evil title. They have to try something new to keep the franchise fresh. But unless you have a strong control scheme that makes sense in any given situation, you risk placing everything on a shaky foundation. Everything else feels second-rate anyway. How in the world is this a survival horror, any more than another shabby Gears clone with less ammunition and boring enemies?

So there you have it. Resident Evil 6 has made zombies boring. Hopefully this isn’t reflective at all of the final game’s quality but being this close to release, that’s wishful thinking at best.

This game was previewed on the Playstation 3.