We have the length of Resident Evil 6 and it is, wait for it, leg… nah, 30 hours long! Yes, that’s right. Well you could argue that Resident Evil 4 was around 20 hours or so, but compared to Resident Evil 5, it’s a tremendous achievement indeed.

You know what’s more absurd? Capcom has released a new collectors edition which will be exclusive to Japan and will cost $1300. So what’s in it? The jacket worn by Leon in Resident Evil 5, that’s what!

Resident Evil 5, director Eiichiro Sasaki revealed the length of the game to NowGamer.

“The three characters each have their own story and you can choose whichever one you want and play that story, experience that character’s story,” he said.

“In terms of length, each character’s story is a little bit less than RE5 but when you combine them together you’re getting something that is much longer.

“While each character’s story stands alone, all of the characters wind up in the same area of the game, in China, so there is a certain level of overlap. They stand on their own but they do overlap in certain areas. You don’t have to play them all, of course.”

The game has been pushed forward to October 2nd and will be released on PS3 and Xbox 360. The PC version will follow later.

The collectors edition which costs $1300 is exclusive to Japan, and only 5000 limited copies will be created. The Japanese e-Capcom site has revealed the contents and it contains: 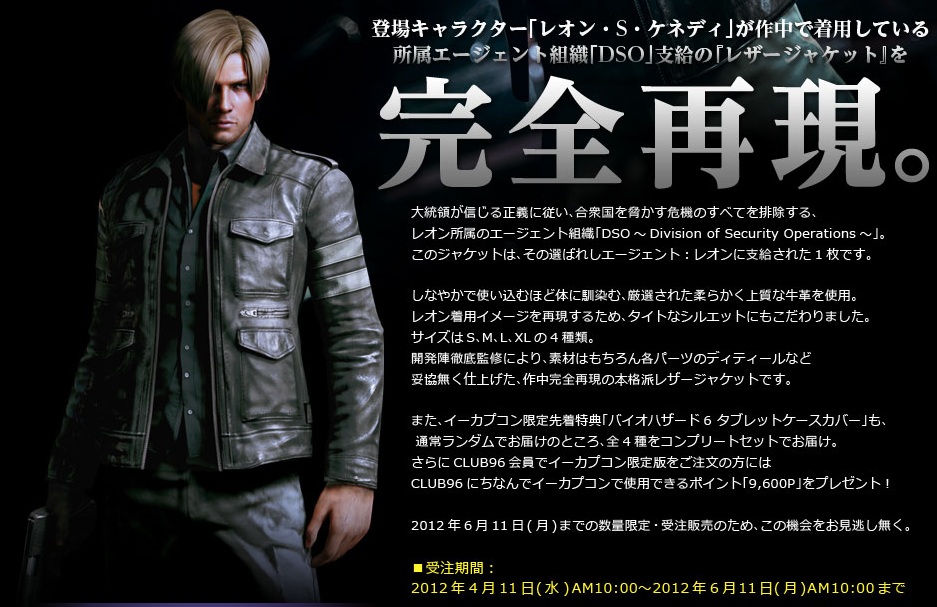 There’s only one reason why it is so expensive – the jacket. Now, depending on the coolness factor and quality of the material; your bank balance; and depending on how much big fan you are of the franchise, and trust me there are many, decides whether to buy this or not.