Resident Evil 7: ‘Not a Hero’ and ‘End of Zoe’ DLC Review – Breaking the Molded

Though not as good as the experience in the base game, the two new DLC chapters are still excellent additions to the Resident Evil lineup.

Resident Evil 7 pulled the Capcom’s survival horror franchise out of the biggest slump it has ever been in, and it did so in convincing fashion. It was, without a doubt, one of the best games to have been released in 2017, and it restored faith in the franchise in a way many of us didn’t think was possible, especially after games such as Resident Evil 6 and Operation Raccoon City. With End of Zoe and Not A Hero, the story of Resident Evil 7 is finally coming to an end- but is this a worthy conclusion to the base game?

In one word- yes. Not a Hero and End of Zoe are very different beasts, both in relation to the base game itself, as well as to each other. But both these DLC packs provide about a couple hours each of a a great blend of horror and action, while also answering unanswered questions from the main game and furthering the franchise’s story in meaningful ways. More notable, in that regard, is Not a Hero, which picks up right after Resident Evil 7 ended. 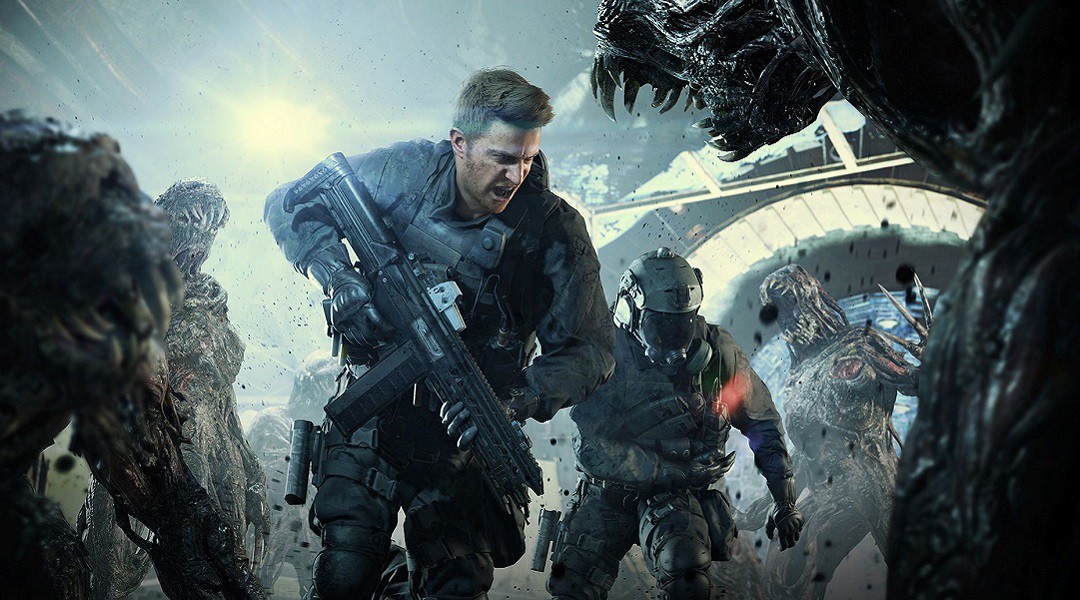 "Both these DLC packs provide about a couple hours each of a a great blend of horror and action, while also answering unanswered questions from the main game and furthering the franchise’s story in meaningful ways."

Not a Hero puts you in the shoes of franchise veteran Chris Redfield. It begins as Mia and Ethan are flown off to safety in a helicopter that belongs to the Umbrella Corporation, whom Chris now seems to be working with. That was one of the biggest questions everyone had as Resident Evil 7 ended- how and why is Chris Redfield working with the big bads of the Resident Evil franchise? Not a Hero tackles this question right off the bat, so while props have to be given to the DLC for getting the big mystery out of the way, fans of the series might not be satisfied with the execution of the same.

When it comes to how Not a Hero treats characters and story beats exclusive to Resident Evil 7, though, the results are much more satisfying. The Bakers were fascinating new characters in the base game, and the unhinged Lucas Baker was, perhaps, the most interesting of them all. Not a Hero is centred almost completely on Chris’ attempts to track down and take down Lucas, and it’s great to watch and be part of.

In terms of how it plays, Not a Hero is notable different from the base game. You start off with a markedly stronger arsenal of gear and weapons, so the feeling that pervaded the majority of the main game, one of being underpowered and always in danger of being overrun, isn’t present to the same degree here. Not a Hero is much more action-oriented in its approach, equipping you with powerful weapons right off the bat. That doesn’t necessarily mean it’s bad, though. The DLC pack still manages to be tense and scary on a number of occasions- ammo is still scarce, so deciding how and when to use which weapons is still very much an integral part of the combat, while the addition of new types of enemies makes things even more interesting. 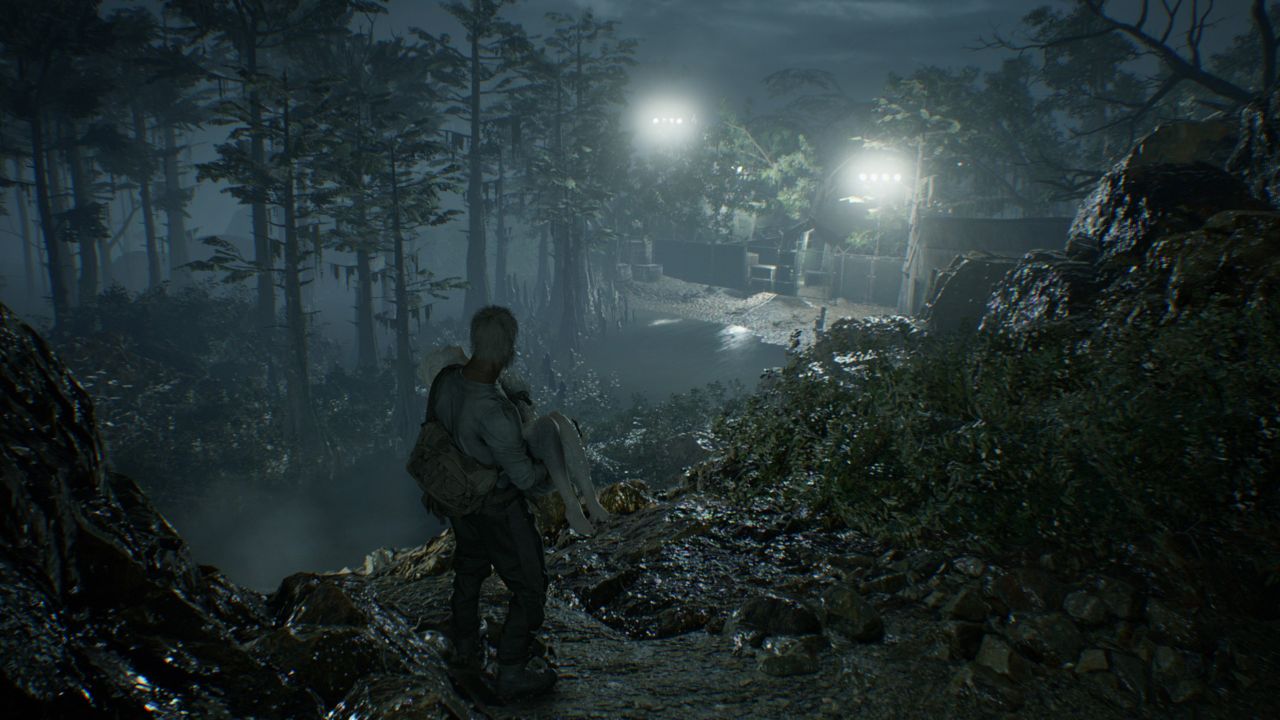 "Not a Hero is much more action-oriented in its approach."

More importantly, though, it’s not all about the combat. While there aren’t very many puzzles for you to contend with, disappointingly enough, there are still times when progress is gated, so the Metroidvania style backtracking that was such an important part of the base game itself is present here too. It also helps that the DLC adds an entirely new area for you to explore, so the comfort of a familiar environment isn’t something you can count on either. Not a Hero, then, is not exactly more of the same for Resident Evil 7 fans- it’s got a very different approach, with a much larger focus on action, but regardless, it’s a satisfying addition to the franchise for those who enjoyed the base game.

End of Zoe, on the other hand, is a different beast altogether. Where Not a Hero is a much more action-oriented DLC, End of Zoe is much more tense and jumpy. Where Not a Hero is full of things, both in terms of how it plays and the narrative threads it tackles, that Resident Evil veterans will be comfortable with, End of Zoe attempts brand new things. And though it doesn’t all work as well as one would hope, the end result is quite satisfying.

It’s a bit hard to talk about this DLC without giving anything away, to be honest, but let’s try- End of Zoe, surprisingly enough, doesn’t actually have you play as Zoe, with protagonist duties falling instead to Joe Baker, Jack’s brother. Unlike Jack, though, Joe isn’t infected, and is in full control of his faculties. What’s most interesting about End of Zoe, though, is that the entire DLC is played with a huge emphasis on melee rather than guns. Joe isn’t exactly the best at using any kind of weaponry too well, but on the other hand, he is great with his fists, and he lets them do the talking a lot through the DLC. This actually ends up leading to a very differently playing Resident Evil experience- the melee focus is definitely skewing towards action, but it requires you to get up close and personal, stringing combos in increasingly tense situations, and thereby lending a unique ‘horror’ feel to proceedings as well. 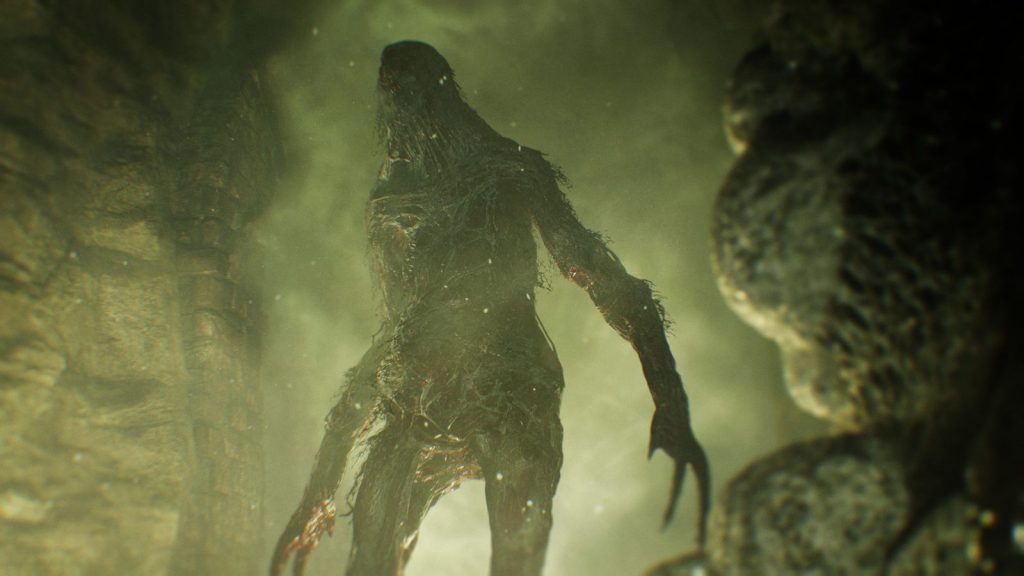 "What’s most interesting about End of Zoe, though, is that the entire DLC is played with a huge emphasis on melee rather than guns."

It feels like a pretty interesting experiment, though sadly, it’s not as fleshed out as it might have been in a full length campaign- nevertheless, this is definitely a direction for gameplay that I am eager to see Capcom experiment with. The story, on the other hand, feels extremely bland and empty, with not much meat to it. Zoe herself is woefully under utilized, and sadly reduced to being not much more than just a plot device, and the resolution is hardly essential. I suppose it is good if you want more background to these characters, especially Zoe- but it’s not the kind of leading role one might have imagined for her, and the resolution is definitely something you can live without.

Sure, Joe Baker is an excellent character, and playing as him is a unique and enjoyable experience, and I’m certainly not wishing the DLC hadn’t feature him in the capacity that it does. After Resident Evil 7, though, I was expecting End of Zoe to have a much larger focus on Zoe than it actually does, and that’s a little disappointing. End of Zoe, then, is an interesting experiment, and seems to hint at some interesting possibilities for the future of the Resident Evil franchise. It’s not essential, and not even necessarily more of what makes Resident Evil 7 so good- but for fans who are always up for more Resident Evil, this is a pretty good package, all said and done.

Not a Hero and End of Zoe are, ultimately, not afraid to try new things, to break away from the structure that defines the base game of Resident Evil 7– and for that, both DLCs have to be applauded. Does everything they do work? Not exactly. But both these DLC packs are worth playing, if for very different reasons.

Tense combat in both DLCs; New areas to explore; End of Zoe's focus on melee is fresh and unique; More Lucas Baker in Not a Hero; End of Zoe's Joe Baker is a great new character.

Not a Hero is a little too action-oriented with a glaring lack of puzzles; End of Zoe doesn't focus on Zoe as much as it should; Not a Hero fails to answer a few big questions satisfactorily.

Final Verdict:
GOOD
Not a Hero and End of Zoe both offer different kinds of experiences than the base game, but if you're a fan of Resident Evil 7 or the series in general, you should definitely give them both a go.
A copy of this game was provided by Developer/Publisher/Distributor/PR Agency for review purposes. Click here to know more about our Reviews Policy.