PC players will be happy, I think.

Capcom don’t always have the best history with their PC ports, but it looks like they will be going all out with the PC version of the upcoming Resident Evil 7–  a post by a redditor shows us the kinds of options that we can expect in the PC version of the game, and it looks like PC players will have control over all kinds of things, getting to control exactly the kind of experience they get.

The settings menu include options and sliders for ambient occlusion, dynamic shadows, shadow cache, bloom, lens flare, volumetric lighting, reflections, chromatic aberrations, and more- the picture makes it clear that there are actually more options for graphics than the ones that we see available.

Personally, I think this should make PC players, long suffering at the hands of poor console to PC ports, and especially by Japanese developers, very happy. Resident Evil 7 is due out on January 24 for PS4, PC, and Xbox One. You can check out the full list of options and the screenshot of the settings below.

(Note: We are marking this report as a rumor for now since this not coming from an official source. So please take these settings with a grain of salt.) 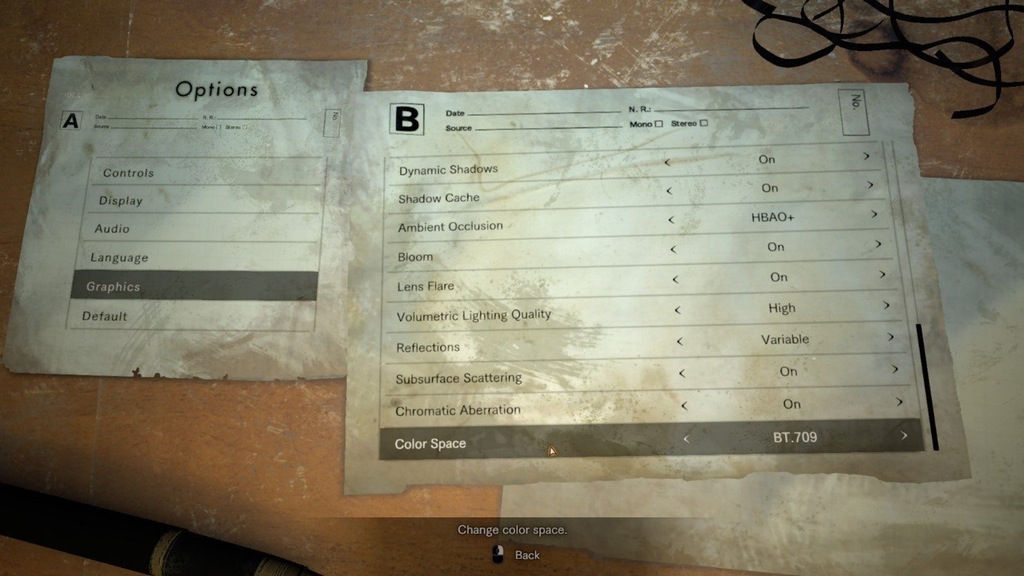