Everything you need to know about the Resident Evil Remaster.

Resident Evil Remaster is a remaster (improved version) of a remake (built from the ground up) that was originally re-released on the Nintendo Gamecube as part of an exclusivity contract between Nintendo and Gamecube.

Resident Evil Remaster is set to be developed by and most likely published by the series owner, Capcom who have previously found world wide acclaim and adoration with their hugely popular video game franchises, some of which are the smash hit tournament fighter, Street Fighter. The industry defining platformer, Mega Man and the cult hit that is constantly breaking down borders, Monster Hunter.

Resident Evil Remaster is currently in development for the PlayStation 3, PlayStation 4, Xbox 360, Xbox One and PC. It is slated for release at some time early in 2015 when it will be available exclusively via digital download through the respective online market. Japan however will have a limited edition build of the game that will be released at retail exclusively on the PlayStation 3. Whether or not this will come to the Americas or Europe has not yet been announced.

While not yet officially confirmed, the 7th generation build of the game is said to be arriving in Japan before Holidays this year.

Resident Evil Remaster was, until recently, quite a well guarded secret and as such, not much development information has been made public yet. But here’s what we know so far.

The game is set to be a remake of a remaster. The Resident Evil remake was originally released exclusively on the Nintendo Gamecube on March 22nd 2002 in Japan with other territories receiving the game in April and September. The Gamecube remake was built from the ground up in its entirety and perfectly replicated and modernized the original 1996 classic.

Upon its release, the game was met with astounding results, often being cited as the best game in the series by Resident Evil veterans. To this day, despite the limitations of the Gamecube, the remake is still hailed as one of the most visually impressive and absolutely terrifying games available.

With that in mind, it’s exciting to see what will happen when the game is reinvented yet again with the power of 7th generation, but more importantly 8th generation hardware powering it. A few features of Resident Evil Remaster have been announced, some are to be expected, nothing more than the result of being remade on current generation hardware, whereas others are gameplay related.

Resident Evil Remaster is going to be available through digital download only, except in Japan where this is a planned limited run of a special edition retail build of the game. Based on  the 2002 Gamecube remake, the game will support 1080p visuals on 8th generation consoles (Xbox One and PlayStation 4) and on PC.

7th generation hardware wlll only support 720p visuals, but regardless of which platform the game is on, all the various builds will include 5.1 surround sound options. The games control scheme which is admittedly outdated and can no longer stand solely on the shoulders of the “it’s clunky on purpose” argument has been optionally improved. Purists can, if they so choose, to play the game with the original “tank” controls whereas more modern players can choose to use a directionally analogue stick based movement scheme.

But there is also a new option that allows for a “scrolling camera” that may well replace the original fixed camera angles from the 1996 game. Whether or not the original camera mode is included in the game remains to be seen. 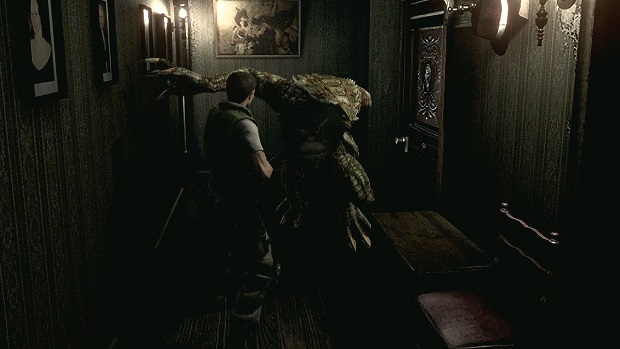 It’s not yet known whether or not any gameplay mechanics have been changed in this remake. But with that being said, it’s worth noting that in 2006 there was an “enhanced” version of the 1996 classic.

This version of the game included the 180-degree turn that was first seen in Resident Evil 3: Nemesis. Since then it’s appeared in every Resident Evil game, so it may be included in the remake. The DS build also came with a quick reload and knife button that where introduced in Resident Evil 4 and has been in every game since.

So it stands to good reason that these features may be included in the remake as part of the modern control scheme for new players, whereas purists can choose to reject these features. Keep in mind that this is speculation.

Other than the above mentioned features, given that the game is a remake, things should remain largely unchanged. The game is predominantly played from a third person perspective and focuses heavily on survival horror over action, though your character is still more than capable of defending them self.

Firearms are your most effective weapon when you encounter the undead, but a series veteran will know that sometimes it’s better to flee than to fight. A key feature of the series (especially in the first 3 games) has always been the threat that the enemy poses to the player, your only options are fight or run and sometimes certain enemy types have been known to give chase. Those of you who have played Resident Evil 3: Nemesis know the horror of which I speak. 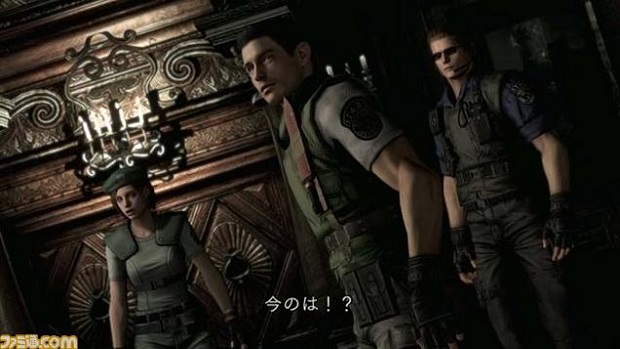 Given that the games a remake, you can expect to see the original cast return. Jill, before she started wearing skirts and boots. Chris before he started (to quote a popular critic) “smuggling watermelons in his biceps” and Wesker before he magically became slightly British and super human.

Players however, will only have the option of controlling 2 of the Alpha team members.

Jill Valentine – Jill can carry more weapons than Chris thanks  to her larger inventory space and is aided by the support character Barry Burton, Alpha teams weapons specialist. She also has a lock-pick ability that allows her to access certain areas and get some equipment a bit easier.

Chris Redfield – Chris is undeniably the stronger of the two playable characters, though his strength and resistance to enemy attacks comes at the cost of less fire power and a smaller inventory that consists of only 6 slots. Chris is supported by Rebecca Chambers, a survivor from Bravo team who aids Chris with her medical expertise. 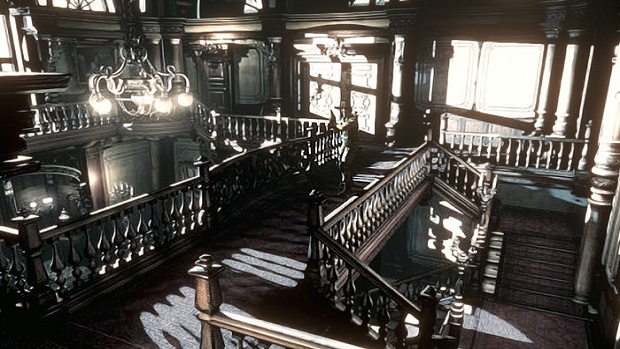 As you’re no doubt very much aware, the zombie outbreak in Resident Evil doesn’t exactly follow the most original plot. But what it does do, is take a clichéd narrative and put a slightly more modern spin on it, all the while (according to some) preaching an anti-corporate activism message. But the story boils down into a simple enough structure that makes it easy to recognize.

On July 24th of 1998, Racoon City Police Department (often referred to as RCPD) receive word of a string of strange murders that are occurring on the outskirts of Racoon City. Initial reports say that the victims were murdered and partially cannibalized. RCPD send out a S.T.A.R.S group to investigate the strange murders and get to the bottom of what’s going on. The S.T.A.R.S, known as the Special Tactics And Rescue Service operate in a two team group, Alpha and Bravo.

Bravo Team took the lead on the investigation and were sent in first.  Soon after being dispatched, Bravo Team went silent and Alpha lost all contact. Alpha Team moved in following this to follow up the investigation of the murders as well as locate their missing team mates. Arriving at the last known location of Bravo, Alpha Team find Bravo’s helicopter devoid of life. All that is found which shows any indication of Bravo having been there is a severed human hand. This sparks a sweep of the area to locate and secure Bravo Team.

While still searching the area, Alpha Team comes under attack from a pack of vicious, seemingly wild dogs. Alpha Team member Joseph Frost is the first causality, being killed by the dogs. Panicked by the attacking dogs and fearing for his life, the Alpha Team pilot takes off in the squad helicopter, leaving Alpha stranded on the ground. With no other options left, Alpha Team flee the site, making their way to a nearby mansion, seeking refuge within its walls from the attacking dogs.

Upon reaching the mansion, they find themselves trapped within the walls, from here, a twisting story of betrayal, secret schemes and horror unfolds. Leading Chris, Jill, Wesker and Barry deeper into the mansion and encountering the T-virus, the plot thickens as members of Bravo Team are found dead or dying