Resident Evil Revelations 2: A Third Playable Character Has Been Hinted 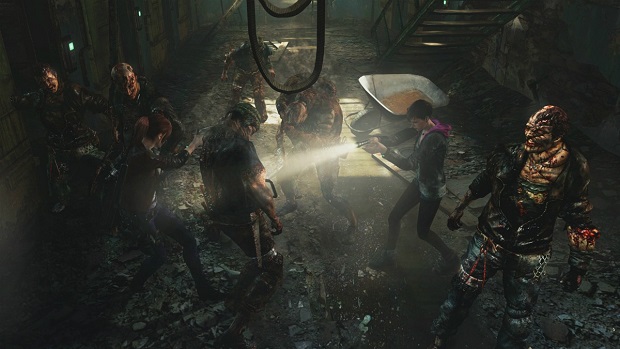 If rumors are to be believed, a new ratings boards implies at a third and playable character for the upcoming Resident Evil: Revelations 2.

What we know so far is that Capcom has so far confirmed heroine Claire Redfield and Moira Burton for the game’s two lead roles, but has remained silent on the rumor of the third character. For those of you who know your Resident Evil history, Moira Burton is the daughter of Resident Evil 1’s Barry Burton who was a fan favorite for some.

Now here’s where it gets interesting, what was shown on the ESRB is that he will also be playable, after the plot sees Moira become captured. According to the ESRB “This is an action-adventure game in which players assume the roles of an imprisoned woman and a father searching for his daughter on an island.”

Now what comes to our mind is that the only logical thing: the father is Barry, and he is on a quest to find his daughter. If that is the case, then this game is shaping up to be quite interesting. Take this as a rumor for now but things are definitely pointing that way.