Resident Evil: Revelations 2 Wiki – Everything you need to know about the game

Everything you need to know about Resident Evil Revelations 2

Resident Evil: Revelations 2 is slated to be the second game in this newly established series and was first announced during Tokyo Game Show 2014 when it was revealed that the game wasn’t going to be released as a full product, instead the game will be released episodically. The game is currently set to be developed and published by Capcom, similar to Resident Evil Revelations.

Resident Evil: Revelations 2 however is not launching on the Nintendo 3DS at all this time around, with Capcom instead opting to go for a broad cross generational release. The title will be released episodically on PlayStation 3, PlayStation 4, Xbox 360, Xbox One and PC via Steam. It’s not yet known if the game will be released as a full package upon the series conclusion.

The development process for Resident Evil: Revelations 2 is ongoing and as such, there hasn’t been much information regarding this made public. One thing that is definitely worthy of note is the decision to market and sell the game in episodic instalments rather than releasing the full game once development was completed.

This obviously, and rightly so, drew ire from the gaming community given that Resident Evil: Revelations was released on Nintendo 3DS as a full product which was divided into chapters of gameplay that acted as Episodes. This perfectly suited the nature of a portable game that brought Resident Evil back to its roots whilst giving it a new portability, this is one of the main reasons it was so successful. When the game made the switch to Nintendo 3DS, Microsoft Windows, PlayStation 3, Wii U and Xbox 360, the episodic style of the game didn’t quite suit a gameplay session and felt disjointed and a little schizophrenic.

Speaking at TGS, Capcom said, “For the original Revelations, I don’t think at that point in time that people were thinking seriously about episodic distribution. It was far enough back that it wasn’t something we thought of for that game. That story structure was the result of that game’s format rather than a sales decision. This is a new idea for Revelations 2. Why we want to do it this way: we know that disc and retail sales are important and will continue to be important, and that’s kind of our bread and butter; we know how to do that. But, we also know that we’re living in a world that is becoming more and more digital and there’s a lot of ways to deliver digital content. We think episodic is an interesting way to do that, especially with a game whose story is structured this way. So in addition to giving people the disc content they expect, we’re also interesting delivery methods to see how this works for people.” [sic]

This switch to an episodic release on home consoles can be called at best, manipulative marketing and at worst, a greedy cash grab. It’s also predicted to be the games largest flaw. Where a game like TellTale’s The Walking Dead can stand to be episodic because of its narrative driven gameplay, an episodic action survival horror game all but ensures an entirely linear experience. Naturally, the entirety of games media writers covering the topic, myself included, jumped to the conclusion that this would be used to effect cheap cliff hangers, but Capcom also tried to explain it away by talking about social media and pop culture.

“The cliff hanger aspect is one important element, but the other thing is people really enjoy communicating about popular culture; they do it all the time. One thing we want to do is try to foster communication between players who’re enjoying the game, see them exchanging ideas about how they felt about this week’s episode and what they think will happen next time.” 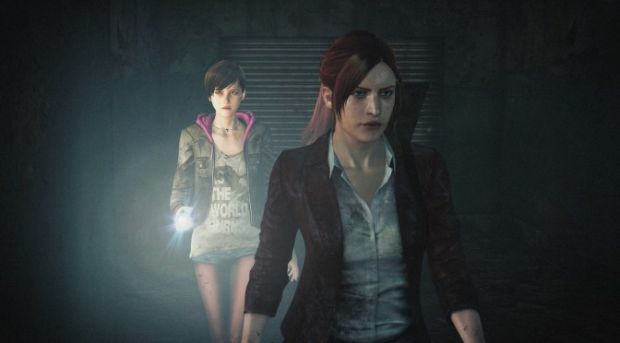 Characters will presumably take control of Claire Redfield (a persistent character in the Resident Evil Universe) and Moira Burton, the daughter of weapons special Barry Burton from the 1996 classic, Resident Evil. The game is most likely going to be played from the now typical over the shoulder camera perspective, but whether or not the game will use the original “tank” controls or the newer control scheme is not yet known.

It has been confirmed that the enemies in Resident Evil: Revelations 2 are not zombies, nor are they infected with any of the engineered virus strains that made the series so famous (T, G, Tyrant, Progenitor etc). They are instead referred to as The Afflicted and are instead very fast moving and aggressive. When it comes to The Afflicted, they are world apart from their slower moving shambolic spiritual predecessors, Capcom say “Without going into too much details, I will say that we aren’t dealing with an illness in the traditional sense. The afflicted are human and have been driven crazy, they will attack and they will bite Claire and Moira, but they don’t carry a virus, they won’t get anybody sick. It’s a whole different process that’s gotten them to the way they are.”

There is space for the original, slower moving and ultimately more threatening T-inspired enemies to return now that Capcom have said “This game is not just the afflicted as enemies, as the venues branch out a bit, you’re going to see more types of enemies, so there’s going to be more variety in the end product than it may seem on the surface right now.”

Both Claire and Moira are depicted in the trailers released thus far as wearing a sort of bracelet/wristband that has a strip of light on it that changes colour, Capcom have confirmed that they are directly tied to the game and “whoever is pulling the strings”, but what exactly this means for how the game unfolds remains to be seen.

Resident Evil: Revelations 2 features an offline cooperative gameplay mode, Capcom have commented on the differences between Claire and Moira in an effort to explain how the co-op mode will work. They said, “While Claire is a little more aggressive and action oriented, Moira is a little more passive. She’s not as experienced, she’s probably more afraid, so we have the gameplay reflect these differences in their personalities, and because they rely on each other, that horror element is still there. Even Claire, who has more weapons and the ability to use them…she can’t always just do what she wants because she has to worry about Moira and protect her. Moira can’t just leave everything up to Claire either because then they’re going to be overwhelmed.”

How will players work together as Moira and Claire during co-op play?

“Cooperative gameplay, cooperation between characters, and cooperation between players themselves are very important aspects of Revelations 2. Co-op in a horror game is not always an easy thing to do because you want people to be scared, you want them to experience that horror atmosphere, and it’s something that we’ve really spent a lot of time thinking about and studying since we started doing co-op with Resident Evil 5. What’s the best way to have multiple people involved in the game without them feeling robbed of that horror aspect and feeling legitimately afraid?

One thing that did please fans is the return of the very popular gameplay mode, Raid. Raid mode is somewhat similar to The Mercenaries mode of games past, but focused less on how many enemies the player could dispatch within a time limit and instead focused more on customisable player loadouts and weapons as well as rewarding players for their ability to efficiently dispatch their enemies. 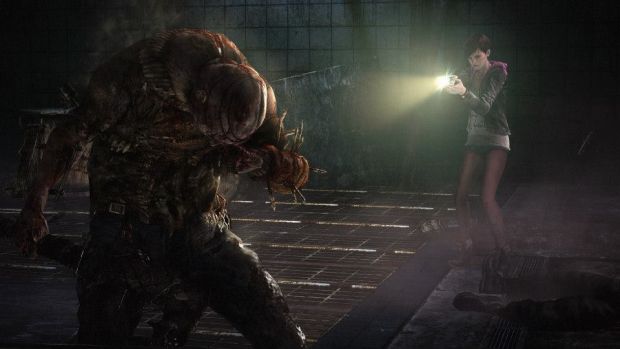 There’s very little known about the story at the minute, though it’s already come under fire from hardcore Resident Evil fans because Claire has already been taken away and imprisoned on a mysterious island by an unknown party once before in Resident Evil: Code Veronica and Code Veronica X. As of now however, the details of the plot are being kept secret. 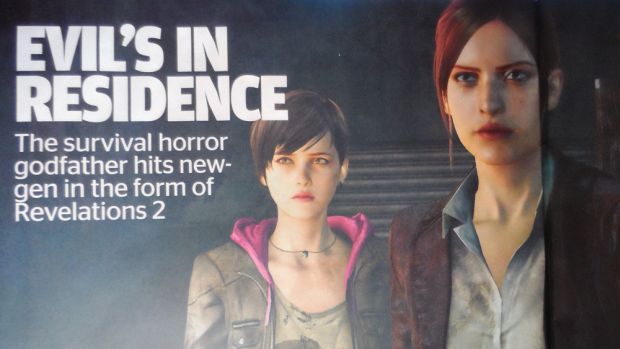 The Characters set to appear in Resident Evil Revelations 2 include an old familiar face and a new character to the series.

Claire Redfield – Sister to Chris Redfield, Claire is one of the most prominent characters in the Resident Evil universe. She is also one of the series leading ladies alongside the fan favourite, Jill Valentine.

Moira Burton – Moira is the daughter of Barry Burton, a weapons specialist that served in S.T.A.R.S. Unlike her father, Moira doesn’t quite like firearms and is portrayed as being a rebellious type of person.