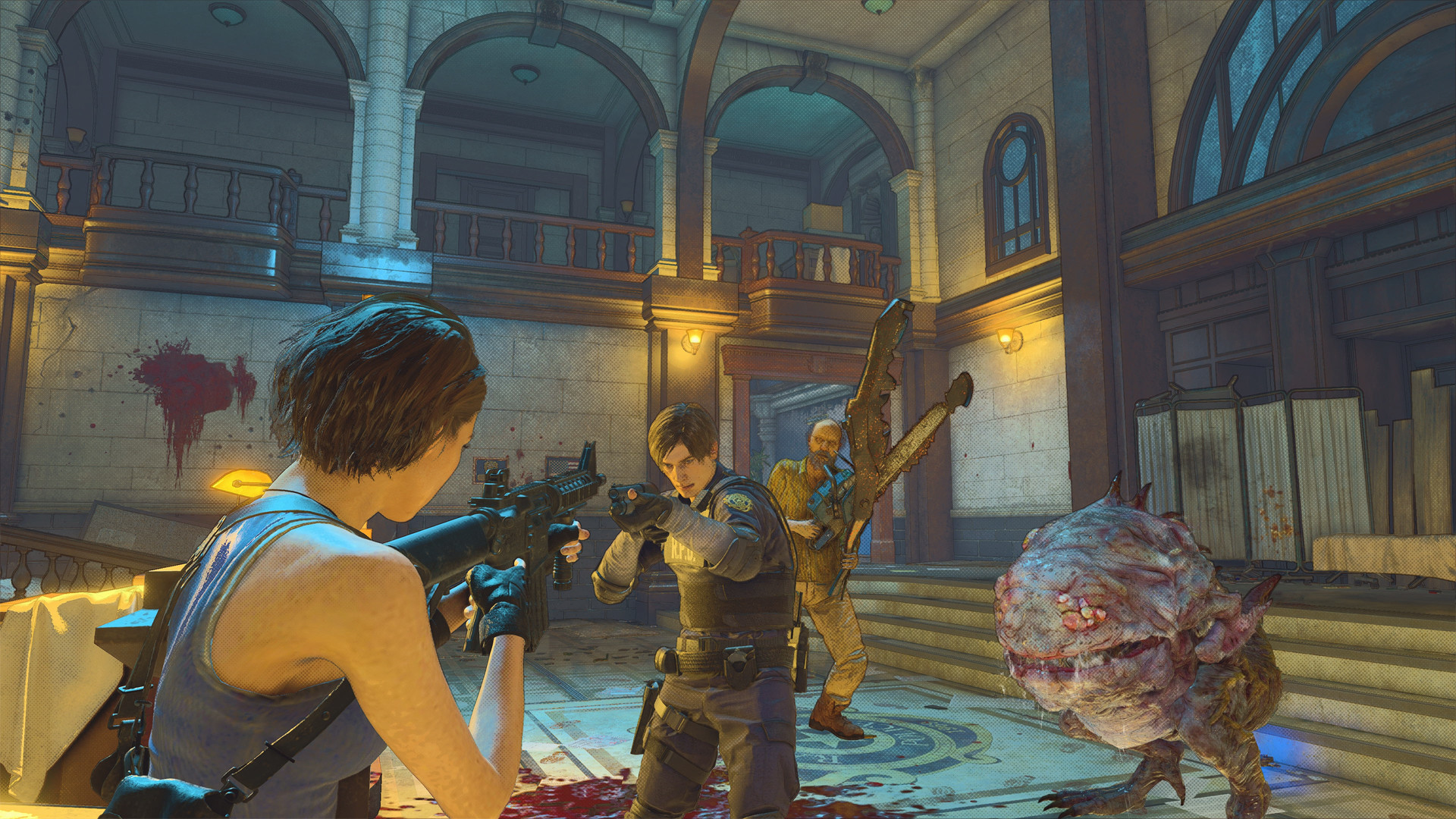 Recently, Capcom unveiled Resident Evil Re:Verse, a 6v6 multiplayer deathmatch game, and opened the game up for beta testing to members of the Resident Evil Ambassador program. RE fans always approach the series’ PvP efforts with heathy skepticism (and for good reason), and Re:Verse didn’t exactly make the best first impression with its debut trailer. Over 90 minutes of gameplay footage from the game’s beta have been uploaded to YouTube though, and it actually looks… sort of interesting.

It still does look a little rough around the corners, and I’m sure most series fans would take a new Outbreak game over this any day of the week, but Re:Verse does seem to have some interesting ideas. Players can play against each other as one of several iconic series characters, including the likes of Leon, Chris, Jill, and Claire.

You’re tasked with collecting virus samples scattered throughout the maps (ammo and health pickups can also be found), and when you die, you turn into a monster. How many virus samples you have picked up determines what monster you turn into upon dying, with the best possible option being a Tyrant. Additionally, that comic book visual filter from the game’s reveal trailer (which didn’t set well with a lot of people) can be turned off, so there’s that. Take a look at at the video below.

Resident Evil Re:Verse is in development for PS4, Xbox One, and PC. There’s no specific release date announced for the game yet, but anyone who purchases the upcoming Resident Evil Village will get Re:Verse for free as well.