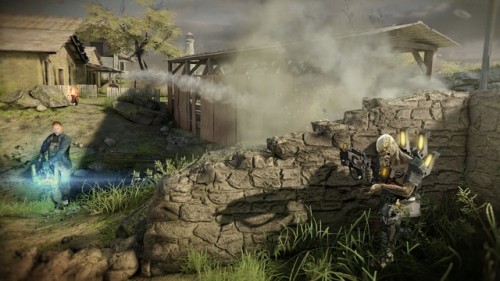 Resistance has been a conflicted franchise, with a difference of opinion splintering the fanbase. Developer Insomniac has been pretty attentive to what the community wants, although, we know it is incredibly hard to satisfy all of them. That doesn’t mean Insomniac didn’t try, they did. Resistance 2 tried to be accessible, and had some multiplayer innovations, but also alienated a lot of fans that loved the first game. What would a developer do in this situation? Try to make a game that incorporates the best of both worlds? Or predominately backtrack to make it more like what the community wants?

After spending a lot of time with the multiplayer beta, I wouldn’t say I’m impressed. There are a lot of small niggles here that are easy to fix no doubt, and considering it’s a beta, it is pretty common to expect them. It is pretty interesting to see how Insomniac is designing the Resistance 3 online component; gone are the 60 player hectic multiplayer battles, and in its place we get a reasonable 16 player count. In a way, it’s disappointing but it also opens up a lot of gameplay opportunities and becomes less of a clusterfuck online. While that makes it like every other game, some of the unique implementations in the multiplayer gives it a separate identity of its own. 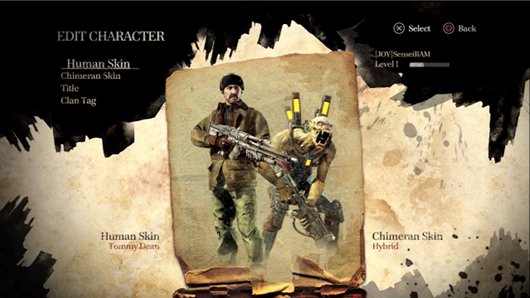 The first thing you see in the menu screen. Of course you will, but in this game, it looks good. Very good. It calms you down with its aesthetics, as the fast matchmaking puts you in a game in no time. It’s kind of reminiscent of the Socom 4 matchmaking which was lightning fast as well. I’d like to mention that, I wrote this preview after playing it with the latest 2.1 patch and reached level 20 online, which is the level cap for the beta. As a Resistance 2 veteran, first impression for Resistance 3 is not overwhelmingly positive. Yes, the game looks great with decent motion blur, dust effects and cleverly crafted maps but the animations, character models are clearly very unimpressive. I doubt there will be any changes to that, considering that the game launches soon.

Netcode is clearly a mixed bag right now; with players teleporting all over the map, glitches, and freezes during gameplay but the hit detection is very good, as is the case with most PS3 exclusives. Once you do find a stable game, the gameplay clearly shines, with fast-paced, insane arcade shootouts, which require fast reflexes. It’s classic Resistance gameplay that we all know and love. The iconic weapons are back, namely the M82 assault rifle, Bullseye, and Rossmore. They are much more effective here, with some tweaks to the design to suit the Resistance 3 setting. The Hedgehog grenade is much more effective in Resistance 3 with immediate death on impact if you are near the blast radius. The secondary fire for the weapons work really well, and you can get easy kills with it. 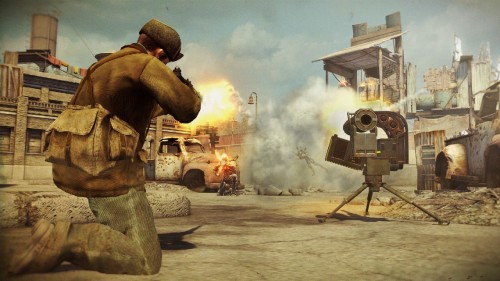 Hide behind the Turret!

There are some new gameplay mechanics in the game like the Perks system, much more depth to the loadouts and some new killstreaks, eg. You can get the Cloak at 3 kills, Auger at 6 kills and the mutation ability at 9 kills. It’s not unfamiliar if you play other FPS games out there, so using the killstreaks should be easy. The running and jump animations need some tweaking because it is incredibly underwhelming right now, especially running long distances. Speaking of long distances, there are two maps in the Beta which are well designed and offer good vertical gameplay opportunities. You can either snipe in peace or be aggressive; the maps are suited for any type of gameplay.

The technical issues are unfortunate at this late stage, but that’s what a beta is for, right? The success of the online component of Resistance 3 depends on how many bugs Insomniac manages to fix in a short time. The core gameplay right now is very enjoyable, but the technical deficiencies bring it down a lot. It’s clear that problems lie with the online infrastructure of Insomniac games, rather than the end user. Compared to the massive player count of Resistance 2 and dedicated servers, the online portion of this game may feel a bit underwhelming, but it also presents an opportunity for intense fights and better teamwork as I mentioned above. It depends on how fast the studio works based on the feedback gathered, to bolster the game’s value.

Resistance 3 releases on September 6th exclusively for the PlayStation 3, and the multiplayer beta ends on September 4th. The beta is available on PSN free for anyone.